Readers who’ve been with me more than a few weeks will recall a post I published on January 21st. In it, I cited another online outlet saying that Bob “Movie Bob” Chipman had been shitcanned from The Escapist. He laughed at the reporting, and said it was a fantasy. He also took shots at my site for spreading it. Well, today, it can be CONFIRMED: Movie Bob is out at The Escapist.

How can I confirm it, you ask? I’m just you everyday, average, tabloid-running muckraker. Well, I didn’t have to do any work today. The fat bastard confirmed it himself: 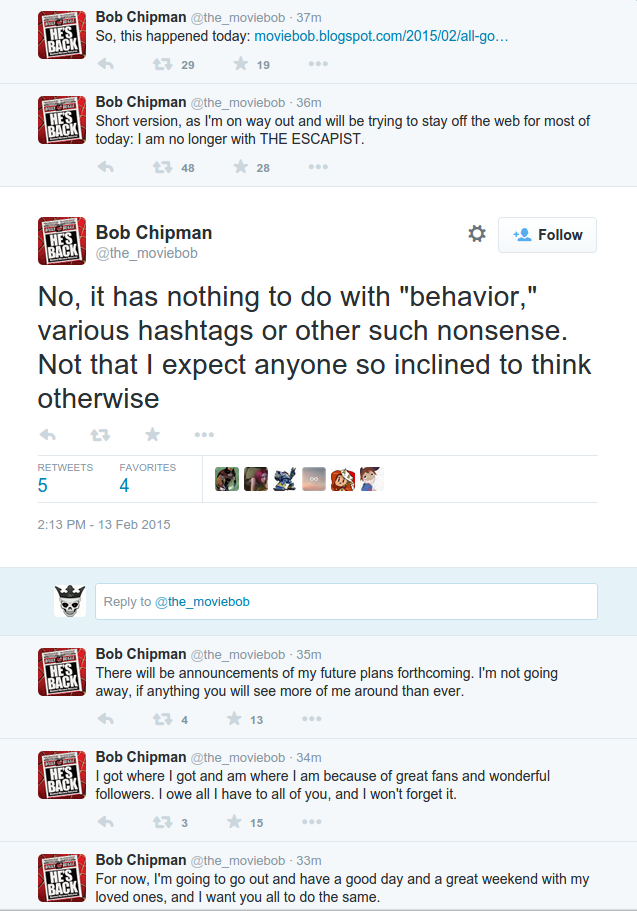 Immediately after saying he was going to log off for the weekend, he plugged his book, PayPal, and future Patreon. Fuck, that was a short ass weekend: 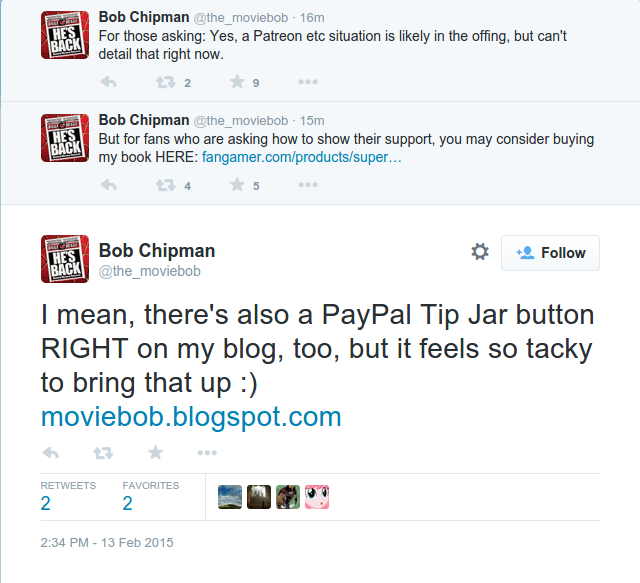 I don’t know what to say about all this, except to tell you that I am tickled pink that this happened. He made a big deal out of trying to make me look like an idiot for my last report, even though I clearly stated that it was based on another published report, and could not be confirmed. As it turns out, CraveOnline Media was exactly right. I want to tip my hat to those guys as well.

As for Movie Bob, goodbye, and good riddance. If any of you have some Bob the Boob memories to share in the #BasedCommentSection, please feel free to do so. And no, I don’t feel sorry for this lying fuck in the slightest. People who compare me to violent segregationists get zero fucking sympathy from me. I might dig that screen up and add it to the comments myself, come to think of it.

UPDATE: Not a good look, Bob…

Bob, it's not nice to trash your former employers on the way out…#GamerGate #BadBusiness pic.twitter.com/wvVvP21xNu