Today, I’ve been wasting most of my time on social media. Come to think of it, that’s how I spend most days. But, nonetheless, I do get story ideas and leads while I’m fucking around. Today was no different. Someone passed along a copy of an old video that Feminist Frequency’s Jonathan McIntosh had uploaded to YouTube. It was shocking, to put it mildly. How can Intel go into business with a man who so seems to hate the United States, and especially it’s military? This video seems to confirm a lot of what you’ve already seen and heard about Jonathan McIntosh. I’ll link it below, and let you decide.

I have two copies. One copy is below in the original video that Jonathan McIntosh himself uploaded. The other, is here in this link, just in case he takes the YouTube version down. I’m also including a screenshot from his channel to show that it’s him. 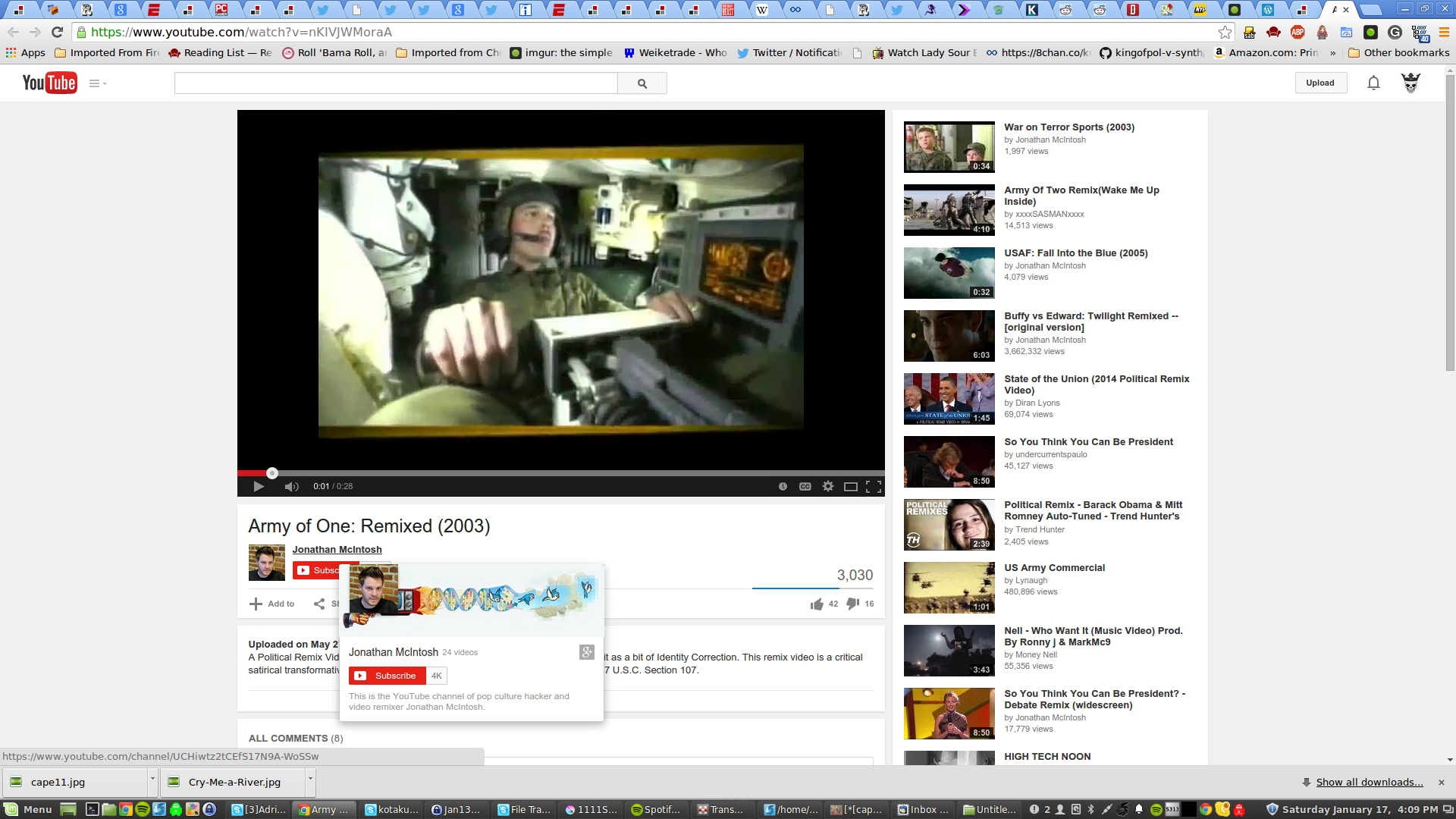 The video makes fun of the Army, and throws in a McDonald’s worker when talking about money to pay for college. I guess this is McIntosh saying that you won’t actually end up in college? I’m not sure, but it’s definitely meant as an insult. It also shows some weirdo jumping up and down with a sword and shield, insinuating that this is what soldiers do in their free time. The entire video makes the US Army (and armed services in general) out to be a joke.The most disturbing imagines, are those that show mass graves and children being killed. Repeated images of graphic death and carnage are shown throughout the thirty-second “remix.”

I really don’t know what to say, other than I am stunned that no one has found, or commented on this video sooner. It’s been publicly available this entire time. I would have to include myself on the list of people who should have found it, for sure. But I’m extremely happy that it was discovered, because this seems to confirm a lot of our suspicions about Jonathan McIntosh. Each new piece of information that we learn about him shows that he holds an allegiance to a warped ideology.

I can only imagine what will come out next. In the meantime, I think Intel has some serious explaining to do. How can they be partners with a man like this? They are tarnishing their brand by working with someone who holds the heroes who serve in the armed services with such disdain. I hope they recognize this, and cut ties immediately.