Some crazy teen went to a Donald Trump rally earlier today and decided to get rowdy. That turned out to be a mistake. She was screaming about the guy grabbing her breast, which I can’t understand why anyone would want to do that. She’s not exactly a looker. Not only that, the chick had on some 1990’s looking jumpsuit, I’m not sure the old man could have found any titty even if he had wanted to. He clearly didn’t want to, though.

The best part might be the comment section from an article about it, though. This Latino guy said it looked like the girl was acting out, then the “progressives” in the comment section immediately start hurling racist insults at him! It’s amazing how fast these clowns will turn on you… 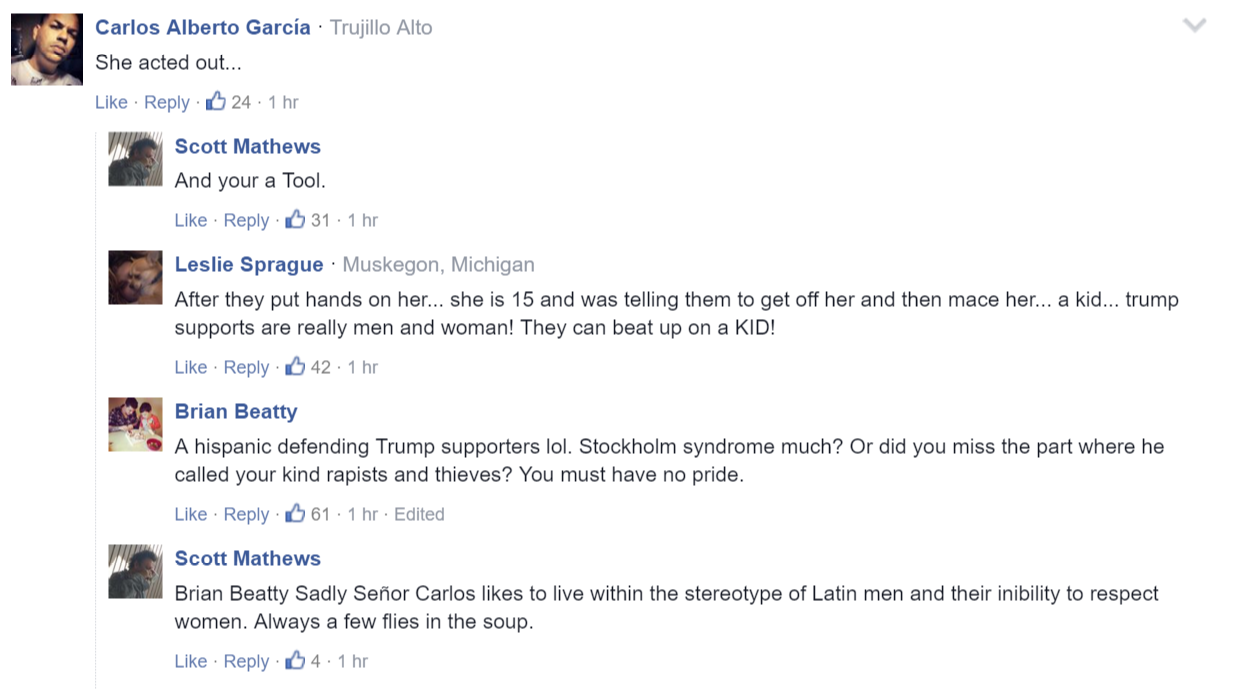 He won’t be surprised the next time it happens. The “progressives” are quick to turn racist themselves when their pet minorities don’t say the “right” things. Pathetic, but I’ve seen it way too often to be surprised.

As for me, I’m going to go look for some weird campus shit to talk about, or some SJW nutter. I’m about all Trumped out for today. But man, it’s been quite a ride!

MORE NEWS ON THIS:

UPDATE: The original media on the scene lied about the girl being 15. She’s 19.

The New York Daily News and other outlets initially described Drake as being 15 years old. But WISC-TV later reported that, according to local police, she is actually 19 years old.