This is pretty amusing. I simply can’t turn away from this car crash. The antifa chick who got socked in the head yesterday now has a GoFundMe setup to raise $80,000. Yes, 80 grand. Apparently, her life is now in danger because of severe meming (or is that memeing…whatever, you get the point.

As if being hospitalized with a concussion by the infamous founder, Nathan Damigo of the neo-nazi organization Identity Evropa wasn’t punishment enough for 95lb Louise Rosealma -for her protest at the grizzly display of violent chauvinism she’d braved to take a stand against Saturday afternoon in Berkeley- she’s since become sensationalized by the online fascist community as a prized target for the unrelenting viral campaign of death and rape-threats to follow that seem to be increasing by the hour.  (Google “antifa girl” and see for yourself)

Her identity, home and cell phone numbers, home address, emails, friends and family’s residences, extremely sensitive and endangering occupational material have all been doxxed and spammed across every unspeakable online message board responsible for Donald Trump’s presidency. The poor girl doesn’t have a place on earth to hide that hasn’t been compromised and it doesn’t appear that the onslaught is going to end any time soon.

We don’t even know where to begin, she’s going to require follow up medical attention, a new residence, new employment, may need to change her identity as well, but we don’t want to let the fascists win either and we’re encouraging her to seek legal aide to file suit for damages and work to have this repulsive organization shut down. Anything you can offer would be greatly appreciated.

Um, she took one solid blow to the head. I seriously, seriously, doubt that she actually had to go to the hospital. In fact, she was busy trying to scrub her internet history last night. I guess that could be done from a hospital, but like I said, this whole story sounds highly dubious.

Around $500 has been raised so far, but the best part of this feelgood story is the amazing and, quite frankly, inspirational feedback the young woman has been receiving. 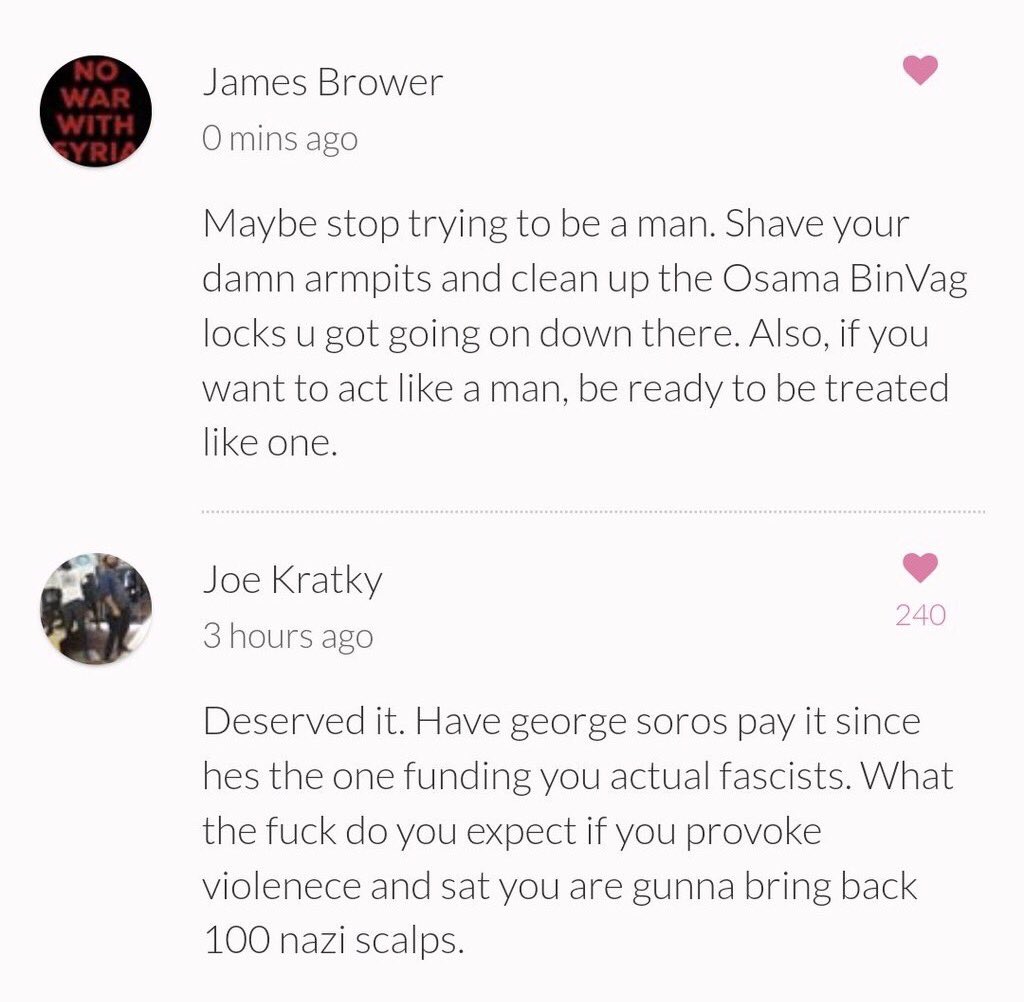 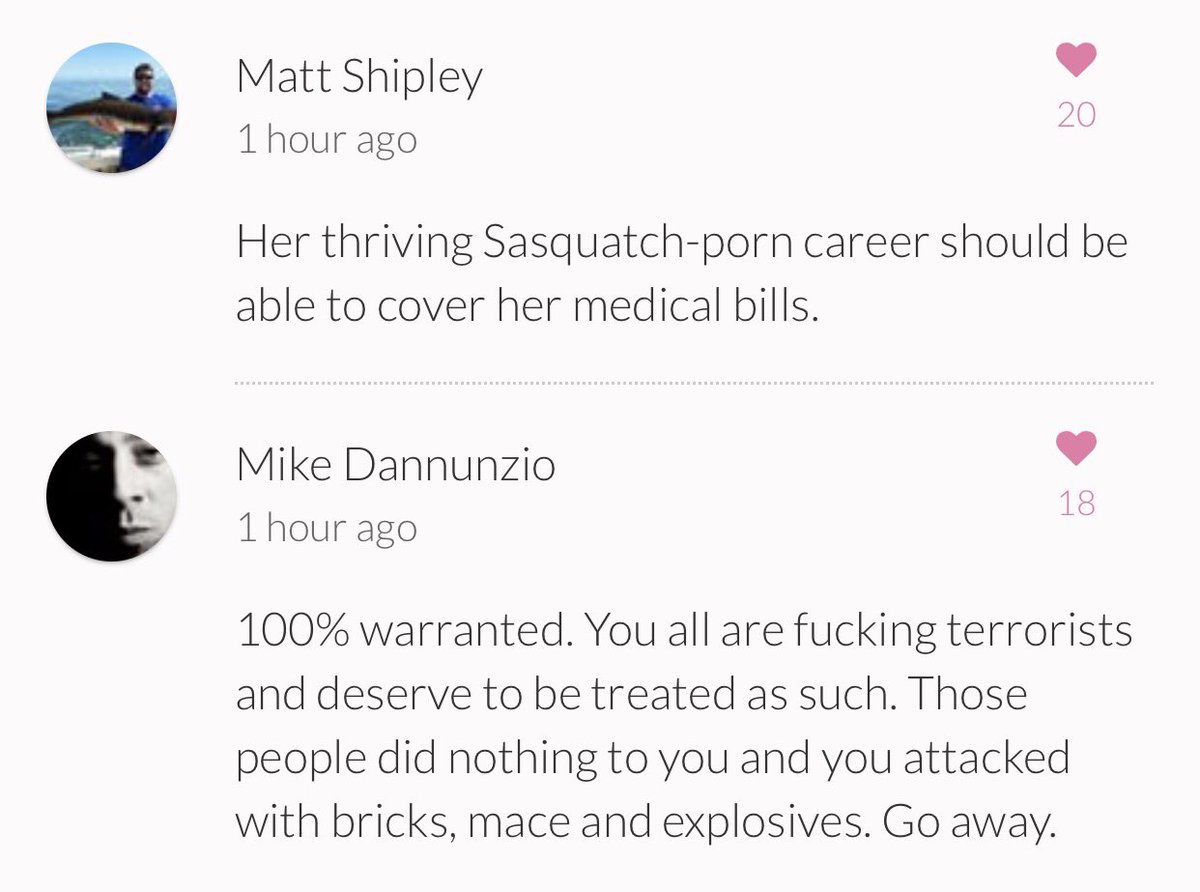