Over My Dead Body: Censorship Attempts Are Nothing New For Gamers

The very first time I was subjected to censorship of art was in 1992. For those of you not born yet or still in diapers let me give you a quick rundown: George H. Bush was in his 4th year of office as President of the United States. The “Christian Right” was lobbying against all forms of artistic expression. Jack Thompson was already on the warpath against N.W.A. & Ice-Tea. Kurt Cobain was still alive. Mortal Kombat was released that year. As was the New York Times Best Selling Children’s book(s) Goosebumps. I was 6 years old. My father was a minister. I owned an Atari & NES.

(A reenactment of any Christmas I received a gaming console. *Sigh ahhh Blockbuster.*)

I was always a bright kid so when the annual book-fair took place I was very excited to get some new books to read. That year, however, would be a book-fair unlike any other. I brought home the very first Goosebumps Welcome to Dead House. (Even as a 6 year old I knew Zombies were cool!) My mother being a concerned parent flipped through the book & lost her mind. She deemed the material to be, “of the devil” & demanded I return it. However, simply returning the book wasn’t enough. She rallied together other Christian Conservatives & got the books banned from the entire school. The books could not be sold, kept in the library, nor could any other child bring them to school, in fear other children may see this “harmful” material.

In 1994 in large part thanks to the Christian Right alongside people such as Jack Thompson, Joe Lieberman, & Hilary Clinton, we saw the establishment of the ESRB. This hugbox of overly concerned parents was designed to give ratings to video games much like the ratings of movies or the infamous “parental advisory” on music. These individuals (much like my mother) used their power & influence to tell parents what their children should & should not be consuming. A narrative was crafted, with absolutely no evidence, that video games poison the minds of the youth & that they create blood thirsty killers. This was ground zero to what is now a legacy of piss poor parenting by Baby Boomers.

By labeling content as unsuitable for those under 17 years of age, they removed a level of responsibility from individual parents to thoroughly examine the media they allow their children to consume. It was this new “convenience” that parents could now passively assume that the label on the box would determine if said content was acceptable for their kids. While some parents will ignore these ratings a social shame was naturally built into to this authoritative governing body, it became socially acceptable to label you a bad parent because you didn’t do what you were told by the collective. Video Games were branded as poison with a giant M pasted on every single box. To this day authoritarians still argue M rated games should be illegal for minors to play.

“Feminist Frequency is a video webseries that explores the representations of women in pop culture narratives. The video series was created by Anita Sarkeesian in 2009 and largely serves as an educational resource to encourage critical media literacy and provide resources for media makers to improve their works of fiction.

The authoritarians of today are no different than the authoritarians of the early 90’s. They hide behind institutionalized power. DIGRA, IDGA, Feminist Frequency, Gawker Media, Vox Media, CNBC, NPR, BBC, etc. are all distributors of information and they craft the narratives they want you to listen & believe. These bodies of power want in your homes, in your work, in your classrooms, they want to be around you like, “The Force.” And when you are guilty of “wrong think” they want to punish you for it.

Be it social shaming like the media did to #GamerGate, forcing you out of work like the letter-writing campaign to get Thunderf00t fired, or in the case of Gregory Alan Elliot, attempting to send him to jail. Video games have now been branded as sexiest, misogynistic, racist, & on & on just putting more & more poison labels on a box, all in attempt to scare away people; to encourage them to no longer think for them themselves; to give up individual choice & submit to a collective.

It’s nearly 2016, I am a 29 year old woman & I’m still being told what content I should & should not consume by self-appointed arbiters of morality. When Play-Asia gave a giant middle finger to SJW’s & the institutionalized power of leftist extremism, the internet blew up. Writers & ex-writers from several gaming sites & other institutional sources such as Feminist Frequency, all lobbied attacks & threats of boycotting all because Play-Asia advertised they would be selling a subtitled version of Dead or Alive Xtreme 3. These attacks against Play-Asia were all done under the guise of protecting “women.”

Let’s be clear. DOAX isn’t just gross, it’s also harmful because it reinforces and shapes dehumanizing views of women in the minds of men. 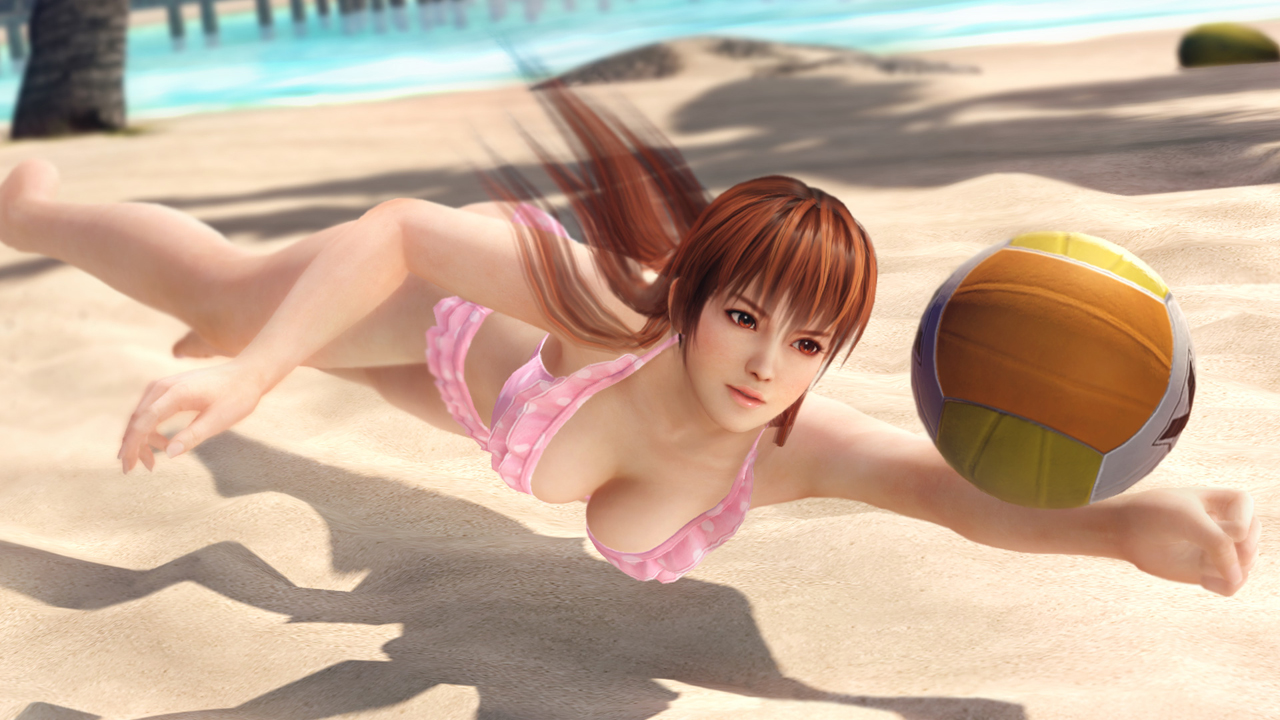 I refuse to be bullied & shamed into not using my own hard earned money to import a game that satisfies so many of my personal interest. I am a lesbian, I find beautiful women very attractive, even the animated kind. I love sexy lingerie & bathing suits. I went to college & earned a Business Management/Marketing degree with the hopes of working in the marketing department of Victoria’s Secret. I love fashion & I own several simulation games where character customization is a major theme of the game. Notably, The Sims on PC & Style Savvy: Trendsetters for the 3DS. I play beach volleyball and I enjoy watching beach volleyball. In Dead or Alive Xtreme 2 you could ride Jet Skis. 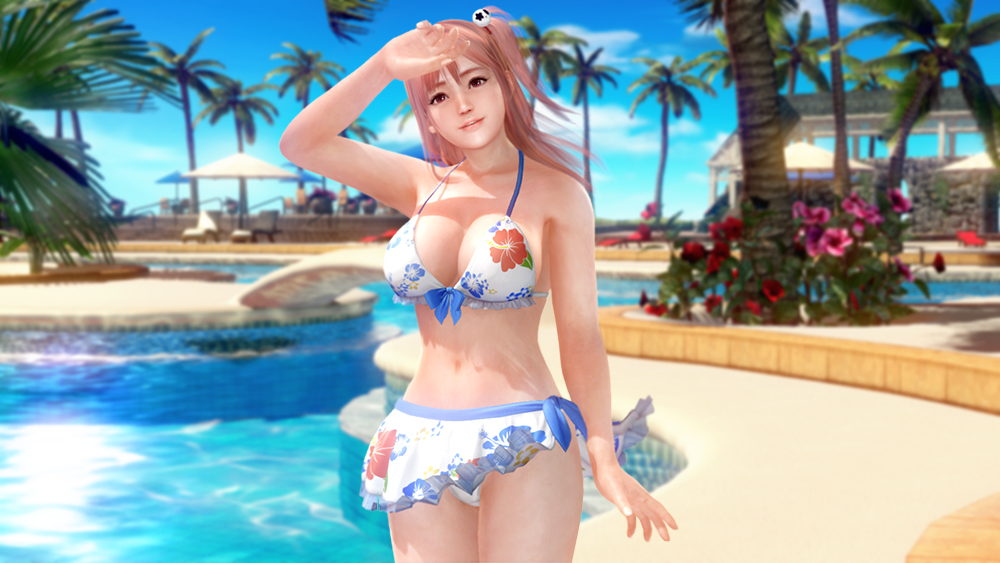 Wave Race 64 was absolutely one of my top 5 favorite N64 games. I love pop music & the soundtracks for the DOA Xtreme games are certainly pumped full of upbeat songs. In fact in DOA Xtreme on the original X-Box you could use customize soundtracks with your own installed music! This series has brought joy & happiness into my life & I have waited a VERY long time for a 3rd installment. In fact my love of the Dead or Alive franchise dates all the way back to DOA 2 for Sega Dreamcast released 15 years ago!

In conclusion, I want to send a message to any would-be authoritarian; you will only take away my games, my escape from reality, my dare I say ‘safe space,’ my love, my hobby, my passion, my identity, from my cold dead hands. I am a GAMER and I am still very much Alive! To my fellow gamers from this new generation, I just want you to know you are not alone! We have faced these same trials before & we have always found a way to overcome them! Together we can save gaming! Together we can share this wonderful artistic medium with the world! To hell with anyone who stands in our way! I will not be silenced my voice matters & so does yours!

Game on: Dead or Alive! Get ready fight!