It turns out, we have a little breaking news from Twitter this evening. San Francisco based crowdfunding service Patreon has apologized to GamerGate supporter, and indie developer, Slade Villena (aka, RogueStar). They had maligned him in the past, by repeating false accusations from Brianna Wu on their official Twitter account. Their co-founder personally apologized to Rogue earlier this evening. Now, we wait and see if they follow their own rules, and throw Wu off the service for falsely accusing Rogue of a crime, when every sane person knew he was making a joke. I know the SJWs hate comedy, but this was a particularly nasty attack.

I case you forgot, Rogue started a joke Patreon, and the SJWs lost their shit. Brianna Wu tried to get his address, she accused him of extortion…all kinds of fucked up shit. Here’s one of her more hysterical tweets:

She also got Patreon in on the act, as I mentioned earlier: 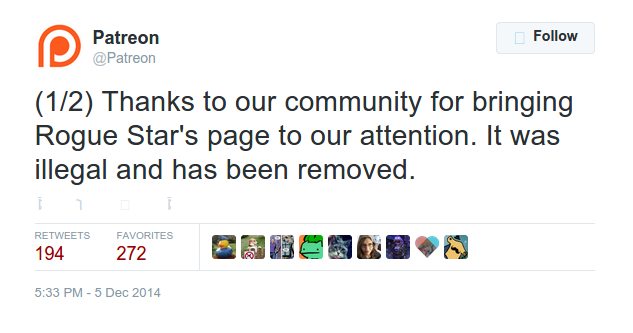 After they publicly changed their Terms of Service yesterday, this issue came up again. Thankfully, their co-founder isn’t as insane as Brianna Wu. I have to say, I was pleasantly surprised by this guy. Maybe they aren’t beyond hope there at Patreon. Then again, getting someone to retract obviously phony allegations doesn’t exactly make you business of the year. But I guess it’s a start. 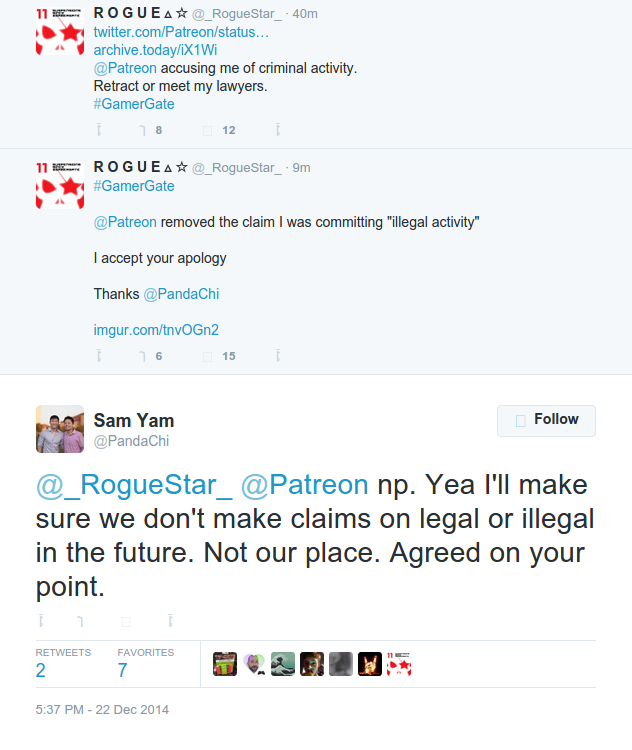 As Rogue points out, and I mentioned in at the top of the post, Brianna Wu is in violation of the TOS for spreading false accusations, trying to obtain his address, potentially telling lies to the police…the list goes on and on: 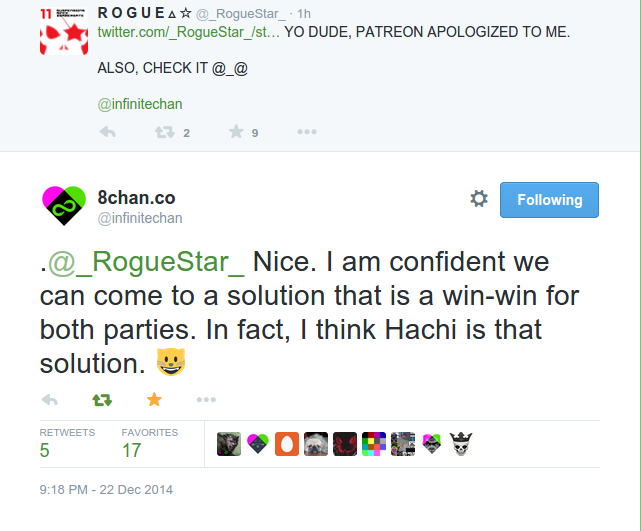 I haven’t heard what BatWu has to say in response, but Patreon apologizing to RogueStar like this has got to burn SJWs like her. The clown crew on Twitter will not be pleased. I don’t know if Patreon will do the right thing with Wu, but at least they rectified the situation with Mr. Villena. A false accusation floating around like that could cause damage to his reputation. The only answer was to seek rectification. Now Patreon needs to take it one step further, and expel Wu.