Damn, that was a good fucking movie earlier. Furious 7 is worth anyone’s time. But when I got home, I saw that there was a shitload of news to cover. I’ve been  gathering all the sources and screenshots up and I’m ready to talk to you about a problem at PC Gamer. It turns out one of their writers, Ian Bransfield, has a hate crusade against TotalBiscuit and GamerGate. But that’s not even the worst of it. He also brags about getting swag from developers and has some serious problems with disclosure. In short, he’s only a shade better than the Rolling Stone writer I’m going to talk about next.

Here’s TotalBiscuit calling him out the other day for not showing the replacement joke in Pillars of Eternity:

Maybe if you're going to write a story on the Obsidian joke, include the statement of the person that wrote it in the first place?

I'll do your job for you, here is what the backer had to say – http://t.co/9uCarO8WEy http://t.co/zRcrzutdcH http://t.co/hZcZzDfLw5

How did the journo react to all this? Not well: 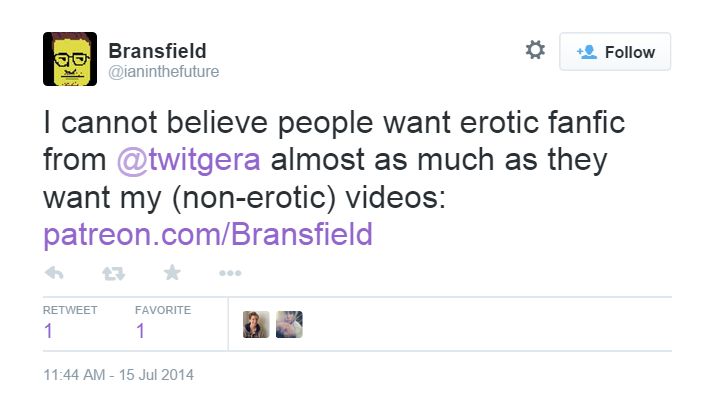 It doesn’t get any better from there (thanks again to @TheIvyClover1): 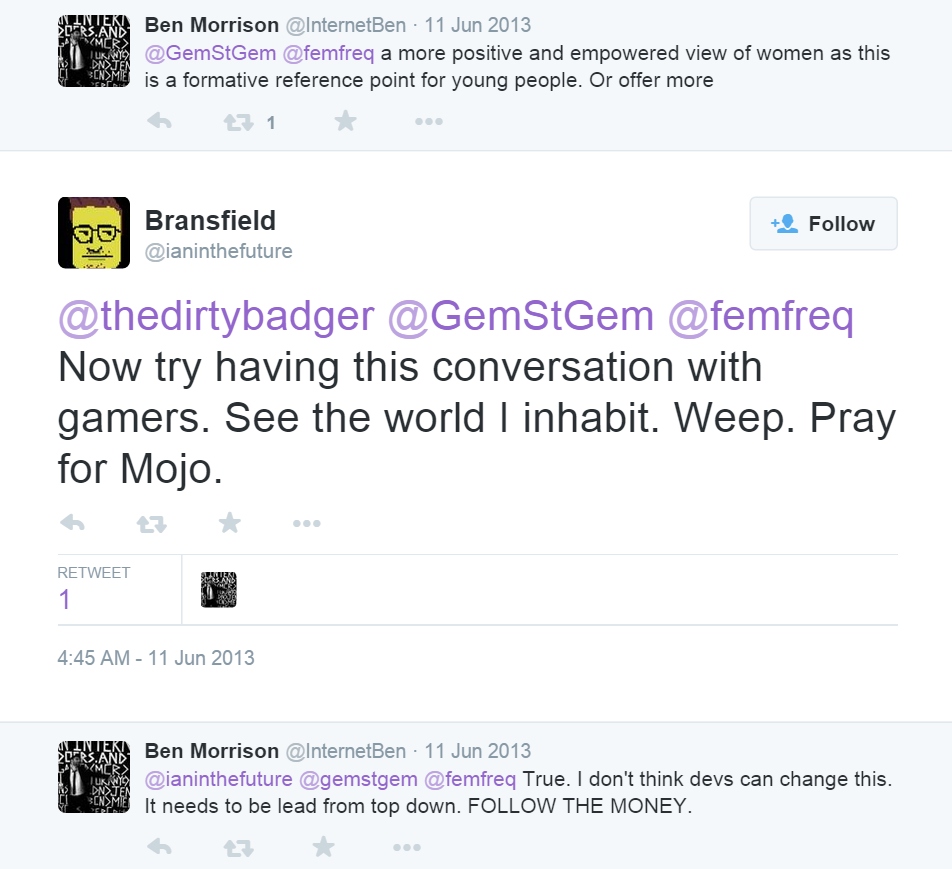 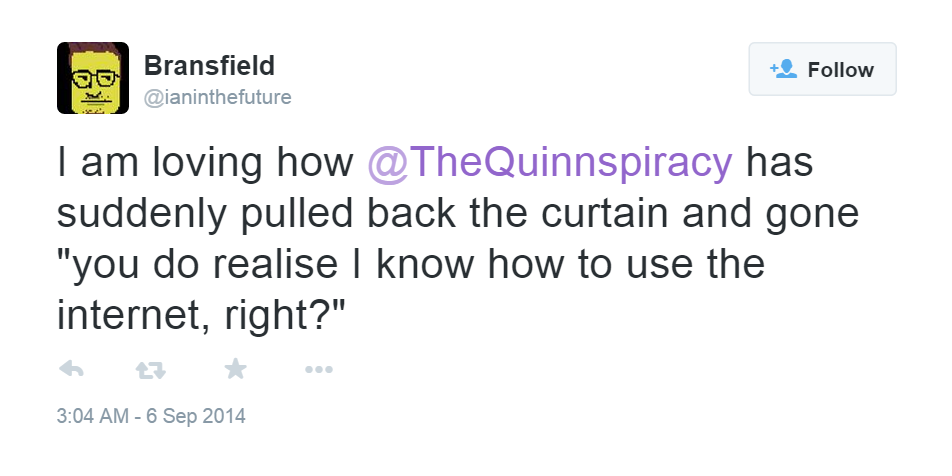 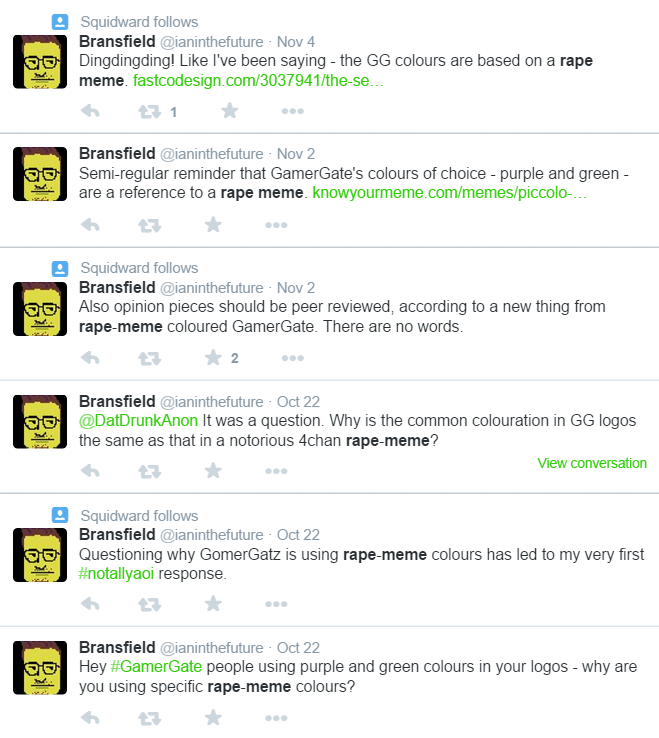 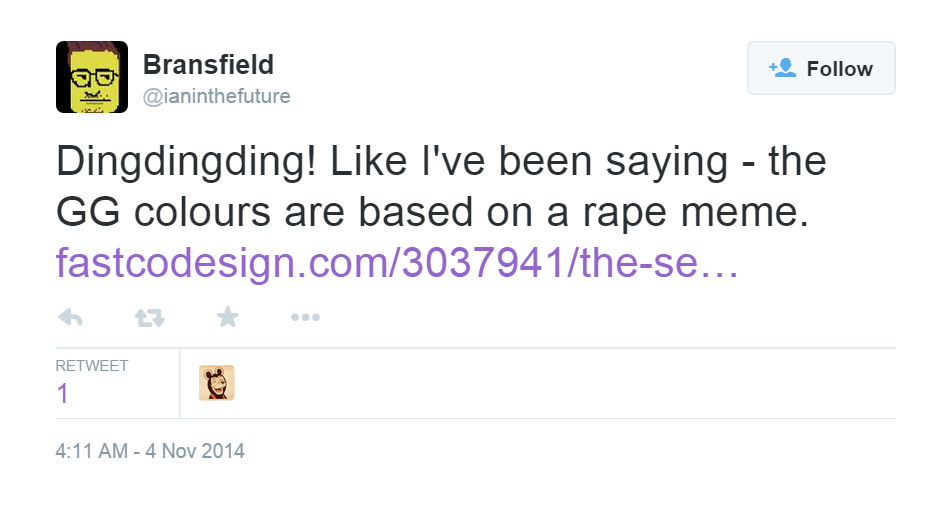 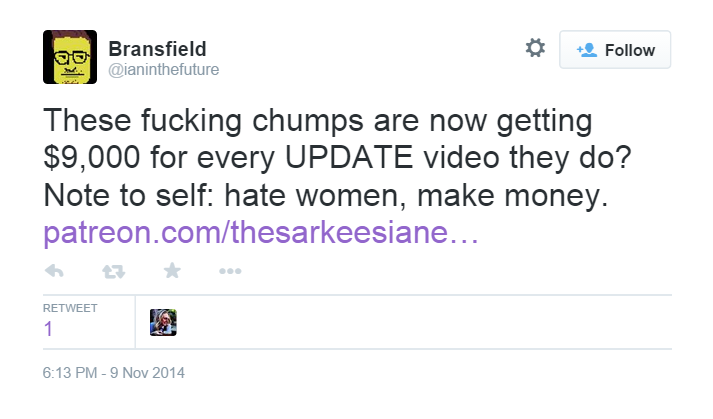 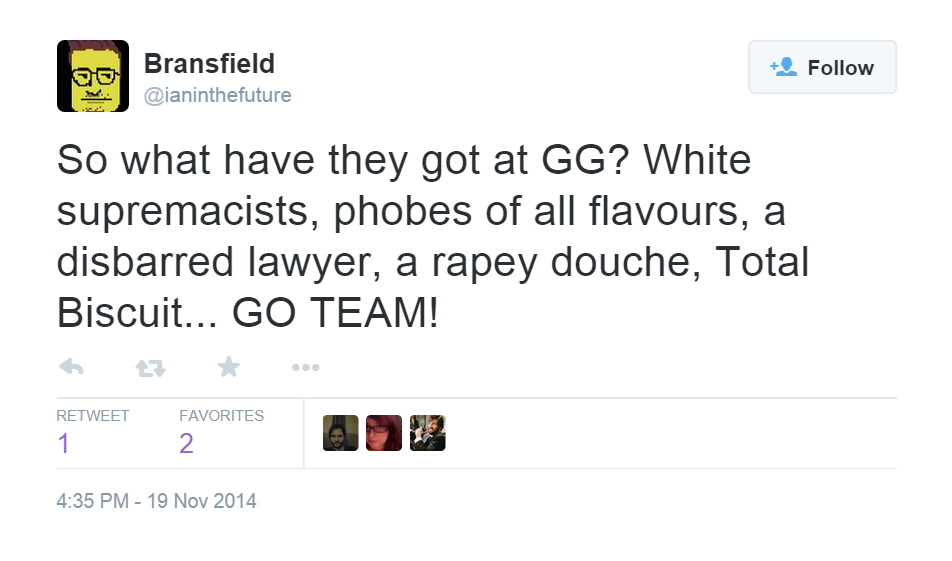 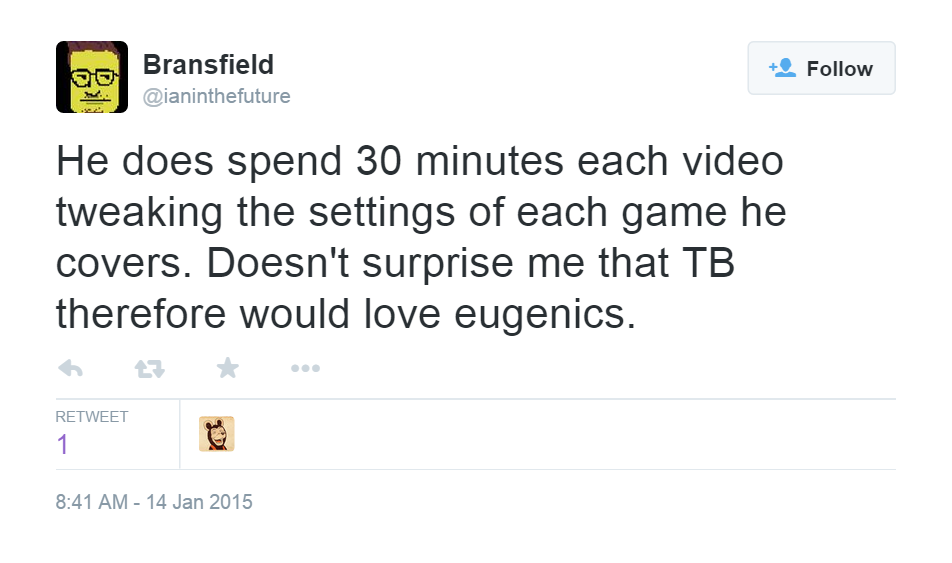 Basically the guy just goes on and on for ages about hating gamers and loathing GamerGate. There’s a lot more stuff here, including him chopping it up with Leigh Alexander and Brianna Wu. The KotakuInAction thread also goes into more detail. He even wrote a “GamerGate is dead” article back in November for Red Bull, which is strange in and of itself. I didn’t know Red Bull had shit to do with all this, but apparently they needed cheap-ass content for their site. But before you think all is lost, at least Bransfield agrees with us on one thing (Richard Stanton cameo): 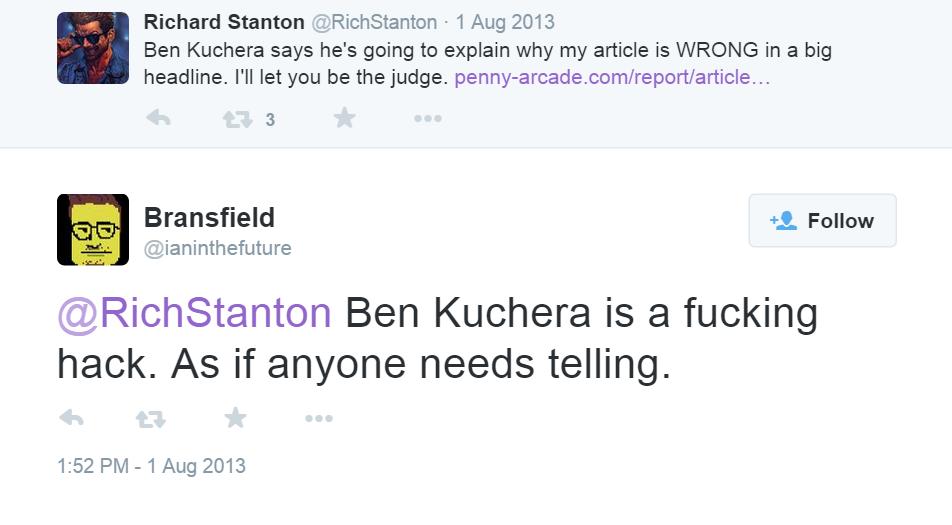