Why Pick on Leigh Alexander? She’s the Worst

I’ve noticed some people on Twitter talking about us “ganging up” on Leigh Alexander. Now, of course these are the same people who trash GamerGate with every breath, so you would expect them to say shit like that. But, I figured I’d still take a few a minutes to explain why we’ve hit her so hard. 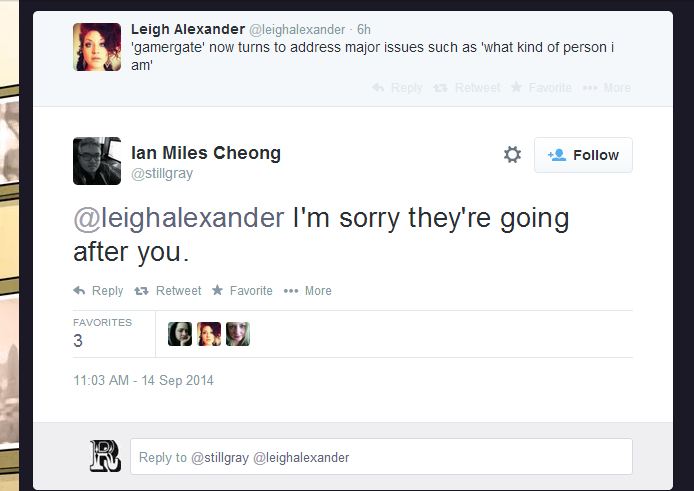 The first reason we “went after” Leigh, was because no one else would do it. There’s one negative blog post about her from years ago. Other than that, no one dares to take her to task. It’s likely because they’re afraid for their future or current career. I don’t have much of a career to speak of, as Ms. Alexander pointed out during her Twitter rage. So I’m not scared of her, or the other members of her cabal. They can’t touch us here, and I’m sure that pisses them off. The second reason we’ve spotlighted Alexander, is because there’s simply so much there. There are other journos that we could have focused on (and we will). But none are quite as nasty as Leigh. And if they are, at least they don’t take joy in stamping out young careers.

The third and final reason is, well, she declared war on us first. She’s written numerous anti-GamerGate screeds, and misrepresents our cause at every turn. Leigh has made making gamers “culturally irrelevant” her life’s work. People are naive if they didn’t expect us to return fire. In this case, returning fire isn’t that hard. Leigh Alexander has a record of nastiness stretching back years. You don’t have to dig very deep to find the highly offensive behavior she’s linked to. It’s staring at you right in the face. Last night, one of her defenders on Twitter mused about how amazing it was that Leigh had been steadily working as a game critic for a decade. We here at TheRalphRetort find it pretty incredible ourselves.

I don't think Jenn is the only1 astonished that @leighalexander has managed to stay gainfully employed. #GamerGate pic.twitter.com/jsP4GJ7hmQ