Man, I was away from my desk when the last installment of the Big Randi Trilogy hit the wire, but my God. Master Milo did not disappoint one single bit. He ravaged Randi throughout, showing that almost everything said about her in the Encyclopedia Dramatica article was true. He moved from one embarrassing factoid to another, wielding the scalpel like a master surgeon. Or maybe more like O.J. Simpson. This was a fucking bloodbath. First, check out the first two pieces from the series, if you haven’t seen them already:

And of course, don’t you dare skip Part 3. Here’s a small sampling:

Harper’s claim that “drugs are bad” runs somewhat contrary to her claim elsewhere in the blog that she did “lines of blow in the bathroom to stay awake” while working night shifts as a programmer and consumed “a little dietary aid I lovingly refer to as meth” for weeks on end. Blow is a colloquial term for cocaine.

She also, in a leaked web chat tied to her “sektie” screen name, admits to taking cocaine in the changing rooms at clothing retailer Banana Republic.

<sektie> go to banana republic at least if you insist upon shopping at the old navy line of companies.
that place is expenisve
i’ve done lines in the dressing room at banana republic too, but i felt kind of dirty doing it there
<sektie> because banana republic is sorta ghetto.
<calib0rx> sektie: when the fuck did you do lines at bananna republic
<sektie> uh
<DigDug> the gap has been pretty good as far as cheap stuff
when i bought those really cool pants

I didn’t eat anything but a little dietary aid I lovingly refer to as meth. Yes, that’s right. Meth. I put meth in St. Johns Wort pills and took them for a few weeks straight…

What does interest those who watch her relentless policing of others’ sexual mores and opinions is how dramatically she has reinvented herself from the slow-motion car crash seen in these blog entries to a supposed pillar of the online community without ever acknowledging her own sins.

It is pretty amazing, Milo. Only as an SJW could you pull off such a reinvention without any atoning whatsoever. There’s nothing wrong with having a colorful (even checkered) past. I have one myself. Although, I never tried to set myself up as the person who was gonna stamp out Internet abuse. I also don’t have a Patreon collecting thousands of dollars a month for doing nothing. There’s a lot of other differences between us as well.

For one, I never gave up my own child. But, knowing how Randi has turned out, I’d say that’s for the best. Here’s part of my exclusive follow-up:

After a somewhat turbulent childhood, I ran away to New York City, where I stayed with some friends I knew off UnderNet. I stayed there a week, but then had to go back home. It’s not easy to survive in the city with $12 in your pocket. I moved back in with my mother in Illinois, but the damage had already been done. I missed the city, so I left for New York once again. After three weeks I came back home, but only temporarily. I stayed in town long enough to drop out of high school, and then I moved to yet another small city, Ocala, FL.

After a month of living in Ocala, I got pretty bored and realized there were no IT jobs to be had. I left to live in Stillwater, OK to work for Creative Labs. I moved in with Duke, DigiEbola, and DataShark, but that only lasted a month or two before I met Datule on IRC. He also lived in Stillwater, and shortly after meeting him I moved in with him. After a month of living with him, we had sex, and I got pregnant. Stupid move, but such is life.

We were determined to make the best of it, so we started looking into adoption. I got fired from my job at Creative Labs after they found out I was pregnant, so life got pretty hard. Chad (Datule) was supporting me at this point and going to OSU full time. We ended up giving our daughter to friends of a friend, a very good family in upstate New York. We were both fairly fed up with Oklahoma at this time, as Creative Labs was the only IT job to be had in the area we lived in. Atlanta started looking like a good option.

Now, I can’t say whether or not there was any meth involved in the baby transaction, as has been alleged in the past. There’s no proof of it, let’s put it that way. Sometimes where there’s smoke there’s fire, though. There’s also some more interesting info here, like how Randi met one of her numerous live-in lovers at a sex shop:

The story of how I met Mike (calib0rx) is actually pretty interesting, but just in case his family ever reads this page, I think I’ll leave that out. Let’s just say it was in a somewhat unorthedox setting. 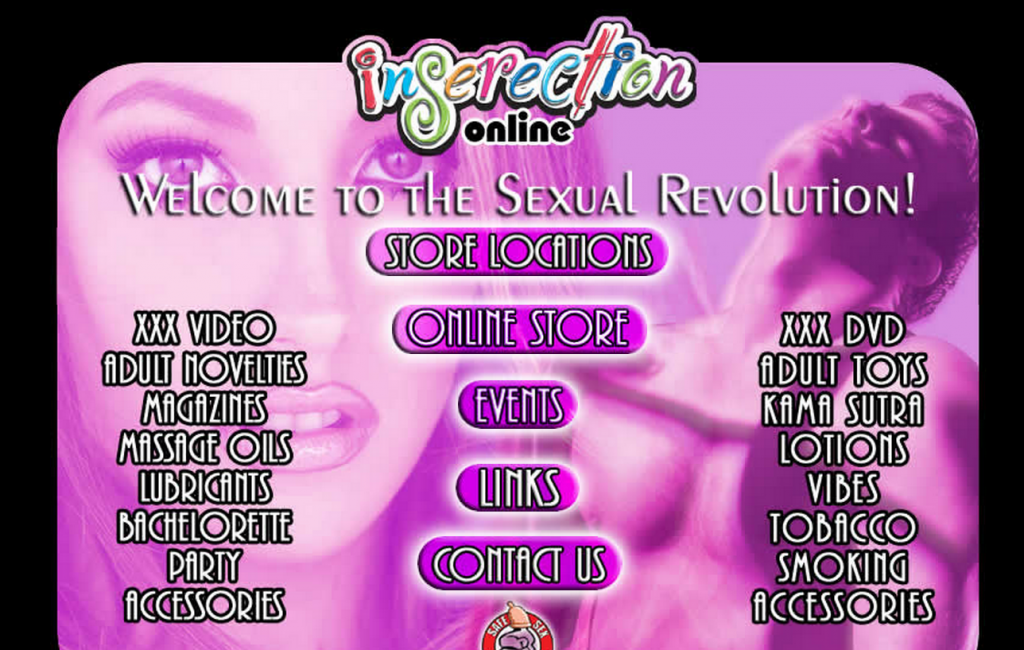 She mentions that she tied the “knot in a Gwinnett County courtroom.” That’s in Georgia. The county name rang a bell, so I pulled up an old screen: 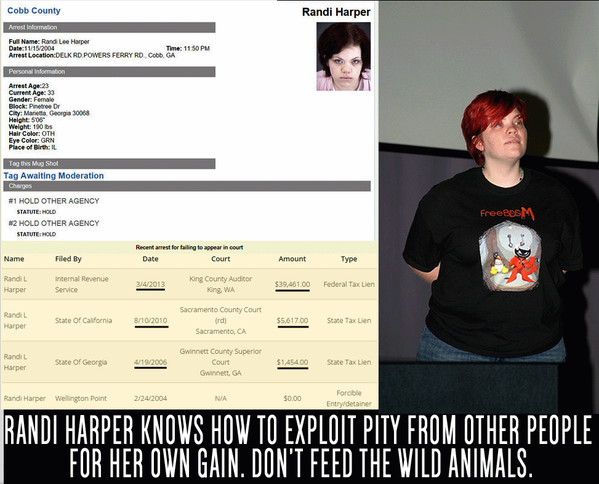 Good point, do not feed wild animals. Also, don’t feed domesticated animals, either. At least if that diet includes cocaine: 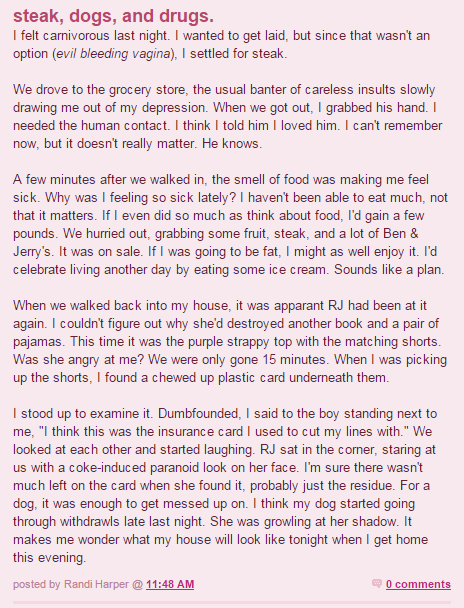 Man, how sick can Harper get? Laughing at the plight of a defenseless animal? I guess it’s just her nature. The sociopath also laughed at her clearly miserable dog after she dyed the motherfucker blue. 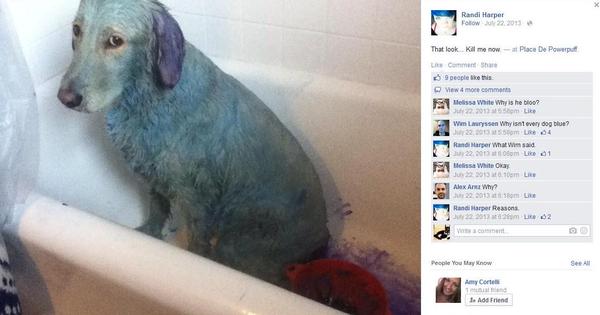 I’m glad it’s all finally starting to come out. I’ll update this post more as further information rolls in.