Polygon Cleans House…Kuchera Out Too?

I turned RAW off early so I could bring you a couple stories real quick. I’ll have my thoughts on wrestling later on the sister site I’ve been neglecting. But before I get to that, I have this Poylgon piece, and an anonymous testimonial from someone who used to work with down-and-out Leigh Alexander. We’ll get to her in a minute though. First, let’s talk about Ben Kuchera and Polygon.

Word is that Kuchera might have gotten laid off. We can’t comfirm that at this time. He is still tweeting out Polygon links. But he wrote a piece today where he talked about not gaming anymore. This is interesting for a columnist at a games site. When your job is to play games and you don’t play them, it sounds like maybe you’re moving on. Polygon knows what a huge boost it would be for him to get outright fired, so he would likely be eased out slowly. His status might even be left up in the air publicly, while privately he seeks other employment opportunities.

Ben seems to loathe games and the people who partake in the hobby. So I don’t really see why he would even want to stay around, other than the easy paycheck and the chance to force his ideology onto others. Read it for yourself. Does this sound like a guy who still has the itch?

It’s also possible that some powerful people didn’t like his attack on the neutral Chris Mancil. If you’ll recall, he went off on him for the mere act of linking to one of his articles in a blog post. You have to be a complete egomaniac to even think you have the right to do such a thing in the first place, but that’s another story: 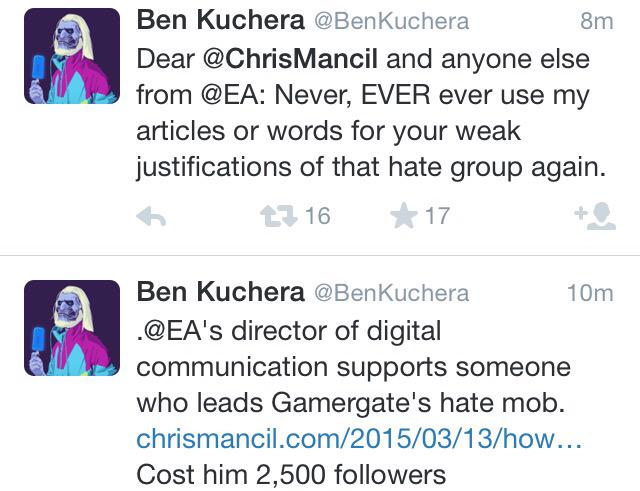 But while we can’t say for certain that Kuchera got the axe, we can tell you that Emily Gera definitely got the boot. You remember Emily, right?Just in case you don’t, here’s a refresher: 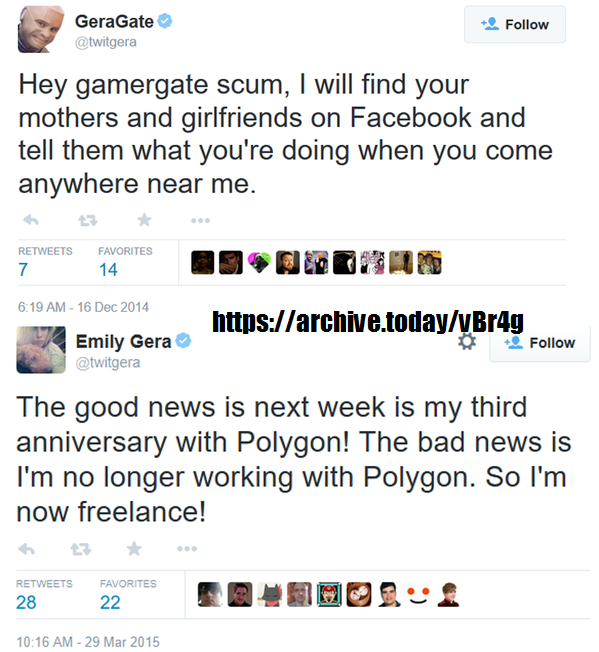 How quickly the worm turns. As you might imagine, she already has her Patreon up and running. Ms. Gera joins the long line of creeps that we’ve gotten fired. Movie Bob, out…Jim Sterling, gone…Leigh exiled to her shit site that can’t keep up with mine. It’s a great fucking time to be rolling with GamerGate. Who will be the next to fall to their knees? We’ve always said that it was a mistake to attack your customers. The results of that strategy is starting to be felt in a major way.