The new Bayonetta 2 is getting near universal praise in the week before its release. That admittedly doesn’t mean much, with the state of gaming journalism, but it is notable. One early outlier, is the review from Polygon. In it, staff writer Arthur Gies admits that the gameplay, and just about everything else in the game is spectacular. But, he still gives it a 7.5 due to the ‘over sexualization” of the main character. You literally cannot make this shit up, at this point. The SJW Tumblrverse mentality strikes again.

But, not only is Gies an idiot, he’s also a hypocrite. You see, Mr. Gies himself is a member of the fairly well-known pornography site Suicide Girls. How in the hell could Bayonetta 2 be more objectifying to women than actual pornography? What kind of deluded mind actually thinks that is logical? It might not be the biggest example of hypocrisy we’ve reported on here, but it is one of the most striking.

Personally, I have no problem with pornography, or with Bayo. I also don’t have any problems with religious programming, or Shark Week, or anything else. I just figure everyone can make and enjoy the things they want to make and enjoy. If the market supports it, then it’s fine. The problem is, people like Gies and his SJW Mafia friends can’t handle an arrangement like that. So, they spend their time trying to transform our media and entertainment instead. 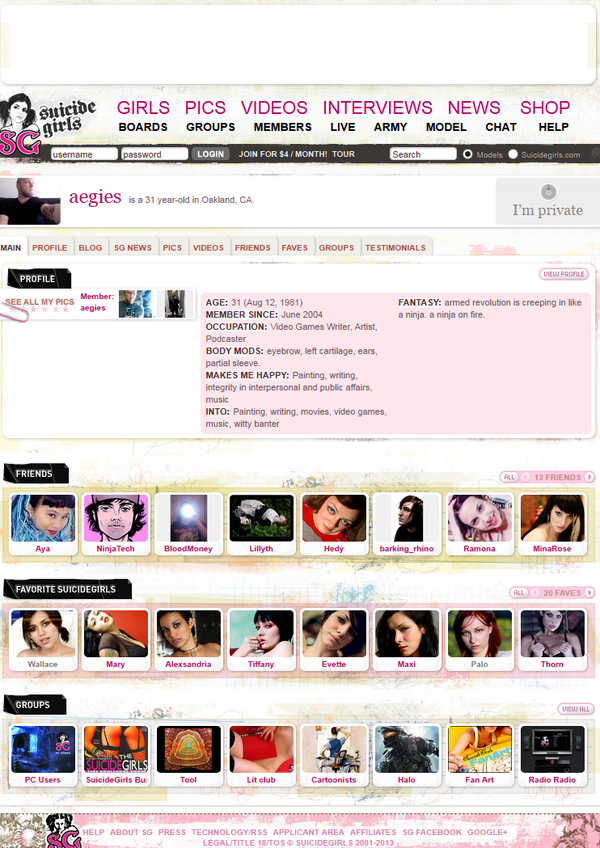 If these people were at least consistent, then I might have some kind of respect for them. They aren’t though…not in the slightest. They kick back and enjoy their pornography on the low, while they publicly try to shame us for liking one of the best games of the year because it has some T&A. To hell with these people, and their critiques. We don’t need them anymore.