A couple weeks ago, I brought you the Christmas message President Rodrigo Duterte sent out to drug dealers and gang members. It was one of the most amazing things I’ve ever seen and appeared to be plucked from a 1980’s action film. Well, we haven’t yet reached peak-’80’s action film status when it comes to Duterte. I’ve heard him allude to having killed people before, but now he’s gotten a bit more explicit.

President Rodrigo Duterte of the Philippines confirmed on Friday that he had personally pulled the trigger and killed three people as mayor of Davao City, doubling down on boastful comments he made this week, which loyalists had tried to deny.

“I killed about three of them because there were three of them,” Mr. Duterte told reporters at a news conference in Manila, the capital. “I don’t really know how many bullets from my gun went inside their bodies.”

“It happened. I cannot lie about it,” he said in English.

The remarks followed comments he made on Monday, when he told business leaders that as mayor, he had patrolled the streets on a motorcycle and killed criminal suspects in order to set an example to his police officers.

“And I’d go around in Davao with a motorcycle, with a big bike around, and I would just patrol the streets, looking for trouble, also,” he said on Monday. “I was really looking for a confrontation, so I could kill.” 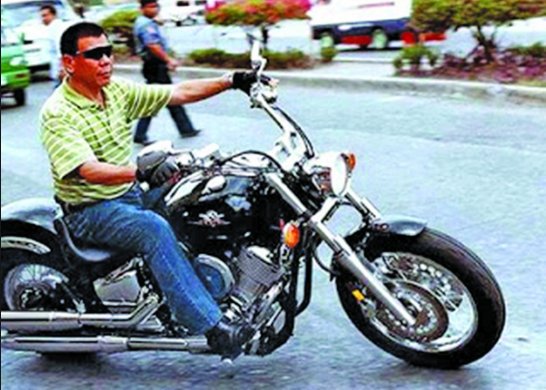 If someone doesn’t make a movie about this guy’s life within the next couple years, I will be severely disappointed in the film industry.