A story just broke over on Planet Twitter a couple hours ago, and it was so good, that I had to start writing it up right after the last column. If you’ve been around fiction for any real length of time, then you’ve probably heard of Anne Rice. She writes a lot of books. She’s sold 100 million of them, in fact. She’s famous for Interview with the Vampire, among other works. Now, she’s going after Big Randi Harper for something we’ve been talking about for months: Randi’s aborhennt record of bullying behavior.

Randi hates a guy called Vivek Wadhwa because he likes to make money off his work. The guy is a SJW himself, but he’s gotten some of the more rabid members of that community pissed off. This is probably because they are all jobless losers, and his success makes them jealous. We’ve seen this before. But regardless of the reason, Harper decided it was important to leave a shitty review of his book on Amazon, and send her hate mob over there to fuck with things even more.

Rice linked to a story about Randi’s bullying yesterday. Keep in mind that, even though I say she “called her out” in the headline, Ms. Rice did not write this post on her own: 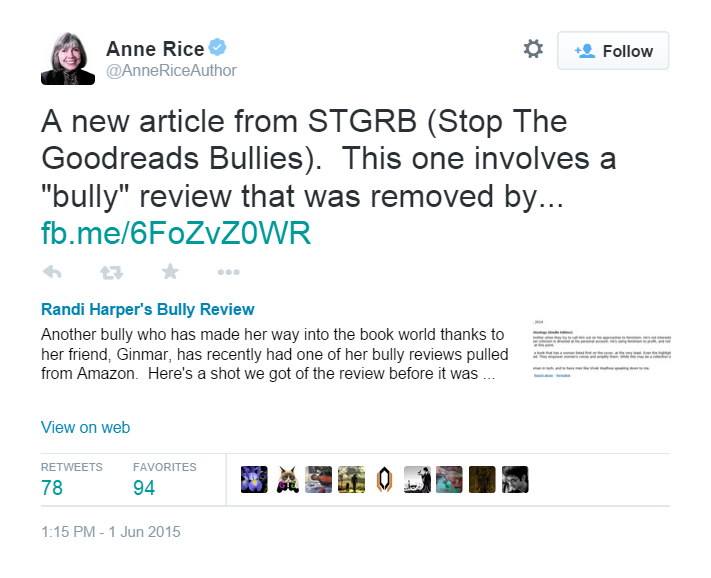 I guess Big Randi didn’t catch it until earlier this morning, because when she did, she went on a…you guessed it…bullying rampage (images courtesy of @SpaceMidget75): 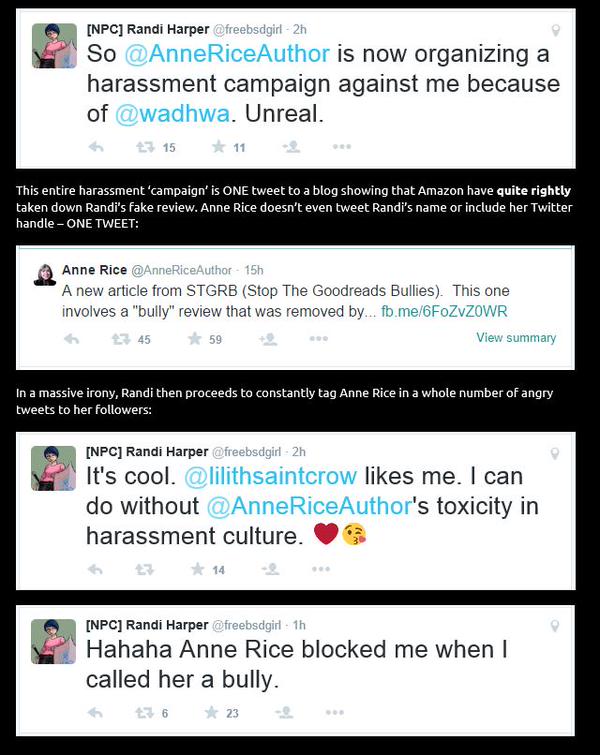 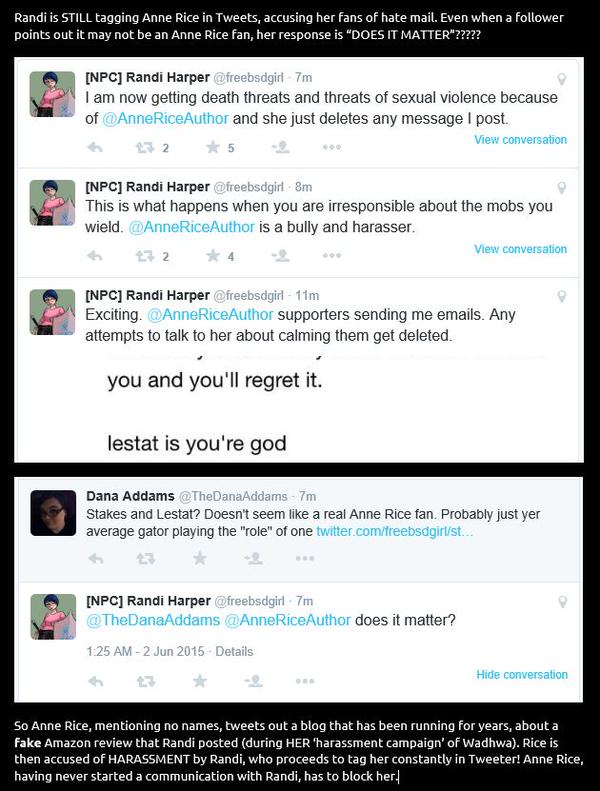 Harper just can’t seem to help herself. Keep in mind, she’s supposed to be running an anti-harassment organization. She repeatedly tags Rice, even after being blocked. That’s also against Twitter rules. I won’t be expecting a ban to come down, though, simply because of her connections inside the company. If there was any justice present at Twitter headquarters (in San Francisco), she would at least get a temporary suspension for this. Sadly, that seems to be in very short supply over there.