Jesus, a rad fem nutter just wrote the most epic destruction of “feminist men” that I think I’ve ever seen. It was fucking brutal. Not only that, it pretty much echoes everything we’ve always said about the beta losers, so it’s even more hilarious. The worst part is that it’s coming from one of their own, not from me or Master Milo, or anyone else known for rhetorically curb-stomping them. When it’s your own side spitting on you, it’s really got to burn.

Here’s some choice excerpts from the deliciously nasty hit piece:

…I’m a feminist, so shouldn’t the men I date and sleep with be feminists too?

Uh, oh. It gets even better, people…

But men looking for feminist-sanctioned romance tend to fall in to one of two categories: those who use our attraction as a sign of approval and seek out trophy feminists to clear their conscience of any inherent patriarchal wrong-doing, and outright predators who employ a bare-bones knowledge of feminist discourse to target any young woman whose politics so much as graze the notion of sex-positivity…

For every male feminist horror story I have lived, I’ve been told a dozen more by equally-frustrated female friends…

Or, as Mike Cernovich put it:

Yep. Some women talk a big game about wanting SJW men, but they’re out blowing some jock under the bleachers…or in the bathroom at a local club…or in your own fucking bed when your weak-ass goes to work. There’s a good reason for this. Even if some small part of the “feminist men” category actually believes in feminism, they’re all too pussified to actually give them the good thrashing in bed that they secretly (or not so secretly) desire. Read up above about that clown agonizing over getting his dick sucked. Could you imagine any woman worth her salt that would want to come home and have to fuck that every night? I certainly can’t. 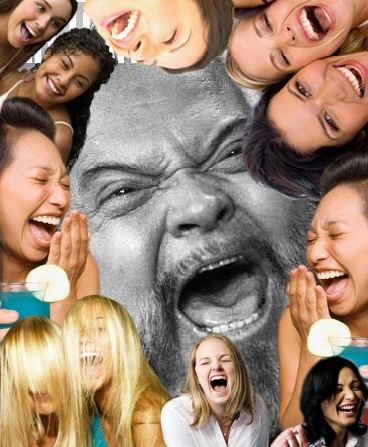 Let’s go ahead and give you the conclusion to this beatdown:

Feminism has enlightened and empowered me, and now I’m using that power to put my foot down and say “no more” to the movement’s male members. bell hooks is nobody’s wingwoman. And while it may be correct to say #NotAllMaleFeminists, I would simply rather: not any.

OK, I’m about to wrap this one up, but just in case you think this is an isolated incident, let me tell you for a fact that it isn’t. Here’s a column from July titled, “I’m Suspicious of Male “Feminists” — And You Should Be Too.”

A more productive slogan, would be, “Women get hurt by Patriarchy and that’s more than enough reason to stop Patriarchy.”

That, is what empathy sounds like. That, is what we should be encouraging in our male allies. And until the day more male feminists are primarily motivated by empathy rather than this self-centered, male-oriented corrupt “feminism” that seems increasingly popular nowadays, I will continue to say that I’m suspicious of male “feminists,” and you should be too.

When are men going to wake up and realize that the rad fems only care about making women the superior class? It’s truly is all about making men subservient to women. The saddest part of that is, that want sniveling cowards like “male feminists” to help them enact that dystopian universe, but they damn sure want to be fucking the thinning ranks of masculine men. So while you’re out fighting the “patriarchy,” she’s going to be fighting to keep you from finding out she’s fucking Manuel from down the street. Don’t be sad, though. This is the future you chose.