This shit writes itself folks. I mean in a lot of ways, this is a pretty easy gig sometimes. These people are such hypocrites that they’re just flat-out blatant with the contradictions and lies. I was actually working on something else when this just fell into my lap. Randi Harper, the notorious bully from the fraudulent anti-bullying operation OAPI, has just insulted a man’s ball size (?) and called him a loser. This is the person who wants to end Internet abuse, keep in mind. If I had done it, oh well. I’m not claiming to stop all fucking abuse. This nasty piece of work, on the other hand, is.

I’ll just leave this here. There’s not really too much else here. This is actually one of her milder attacks. I just wanted it on the record: 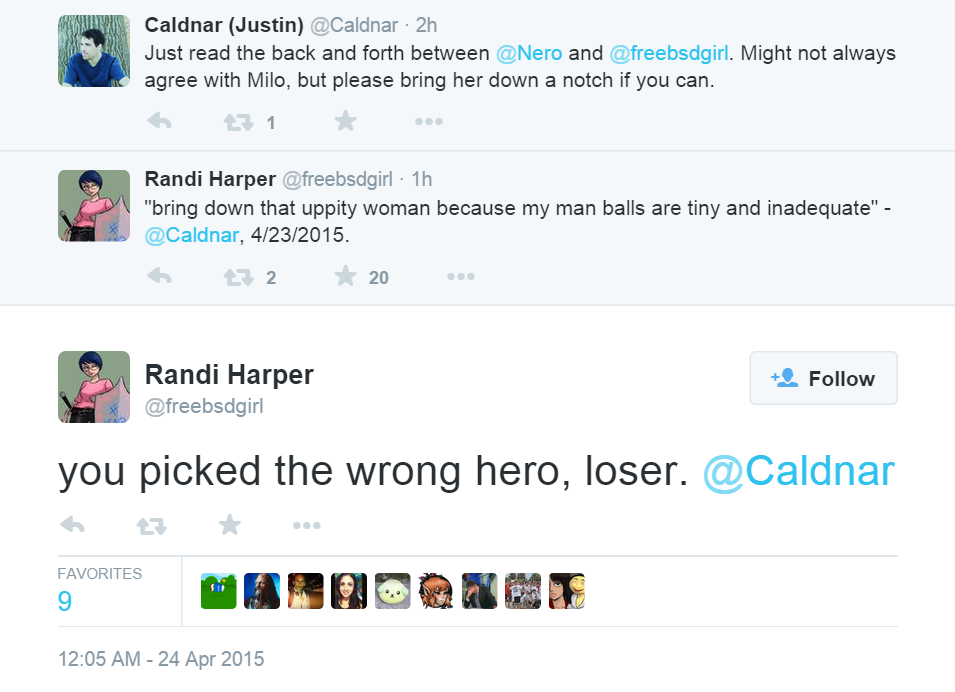 Randi Should probably be more worried about what Milo has on her. He’s not one I would ever want to tangle with, seeing how he’s laid waste to numerous foes over these last eight to nine months. Just search for him right here on my site to see a lot of it. And if he has actually dirt on you too? Damn, I wouldn’t want to be sitting where Randi is right now. Well that’s not the only reason. It probably smells like Randi Harper’s big nasty ass wherever she’s sitting. That’s the other one.

This interrupted what I was already writing, but kudos to Big Randi. You’ve kept your bullying up to an elite level, as always.