OK, so I’ve been on Twitter most of the night monitoring an interesting situation. In case you didn’t already know, Randi Harper is widely reviled, not only by anti-feminists and GamerGate supporters, but also by members of her own SJW team. In a lot of ways, I can sympathize with her situation. Mostly, I just laugh at this assorted gallery of freaks, though.

Yesterday, shortly after my interview with Candace Owens was published, Candace decided to switch her Twitter handle to @S_Autopsy. Since she’s not as well versed in Twitternomics as some of us, I guess she didn’t think to protect her old name when switching over. Hey, shit happens. I’ve seen this go down plenty of times before. As you can guess, some goon had to go scoop up her old handle because that’s what people on the internet do.

Now, what made this whole thing noteworthy is that the person who grabbed the account got called out by Randi Harper. However, instead of taking this lying down, they went at Big Randi, calling her a TERF and slamming her for being so close with Jesse Singal. In case you forgot, Mr. Signal got into some trouble with the radical trans community a couple months back over one of the few rational and unbiased stories he’s ever written.

So, what did Randi decide to do? Well, she went over to KotakuInAction and started posting on the subject. From a public relations point of view, this could best be described as a boneheaded play, since it lets every single one of her enemies in the SJW camp slime her for posting there. Not only that, she actually gave clues as to who was running the account.

She was openly collaborating with members of a GamerGate hub. Yes, that’s fairly stunning in and of itself.

The reason she went into this thread in the first place was to protect her corrupt buddy Signal. The name of the thread was: [Creepy Singal] Clues that the Social Autopsy Egg is Jesse Singal. Probabillity [sic]? Damn compelling. I guess she figured she would go in there and clear his name. Also, note how close she is with this clown. I wonder if they were trading DMs and collaborating the entire time he was talking to Candace? I wouldn’t doubt that in the least. The guy is an unethical hack and other than the one post I mentioned above, his entire career has been dedicated to spreading SJW propaganda.

As you can likely imagine, this did not go over well at all on Twitter…

So, earlier Randi called out the person squatting on the "socialcoroner" account (after SA changed username) for creating splash damage…

@iglvzx I'm not naming names, just describing them well enough to feel pretty sure you won't need names. Talking to harassers is cool+good

Damn, talk about a backfire! Maybe you should have resisted the attacks this one time, Randi? Then again, we all know you’re a phony and a fraud, although not for this reason. Just go look through my archives here for myriad examples of that. But what really makes this one funny is that she was targeting a trans person, none other than Nora Reed.

I’m sorry, dear, but you’re not important enough to warrant a full-on hit. We came here to laugh at Hamburger Harper, not you. At least she’s done some things, as rancid and off-putting as those things are. I’m unaware of you contributing anything of note, ever. I think you made some Twitter bots one time, or something like that. The point is, I don’t care and neither do the readers. But, they do want to know what you had to say about the big blue whale, so please, do tell… 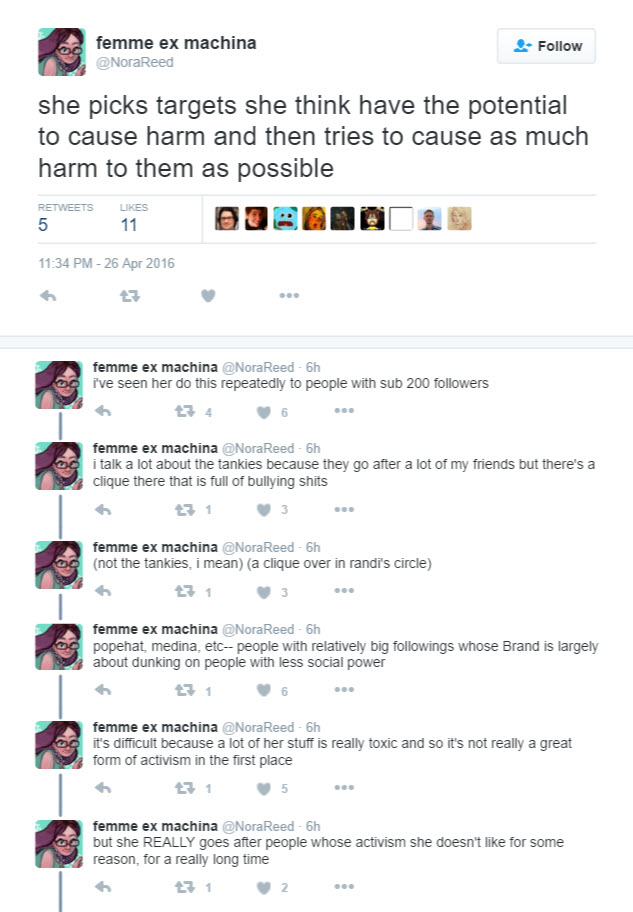 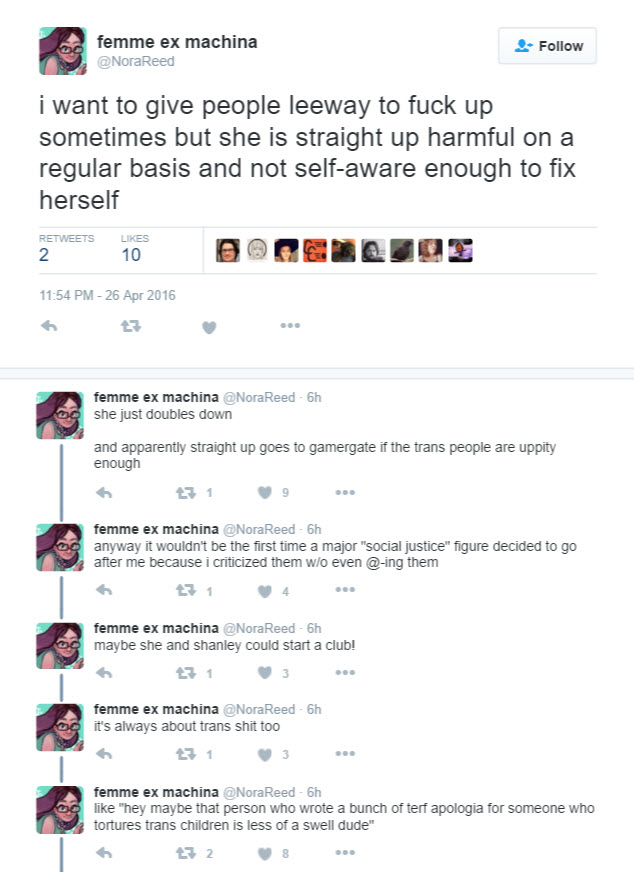 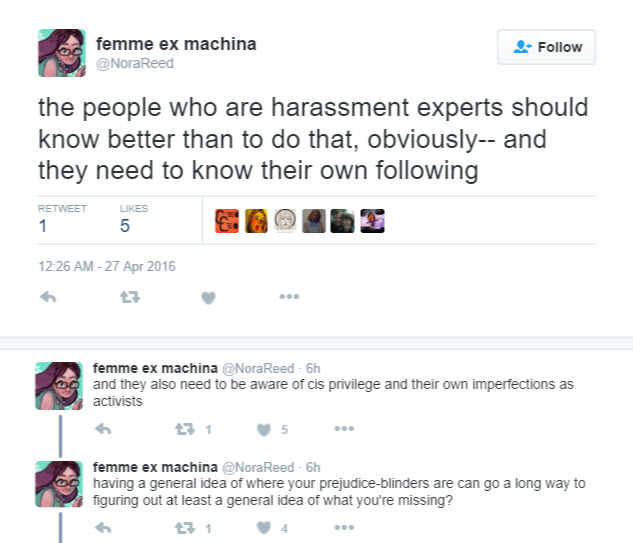 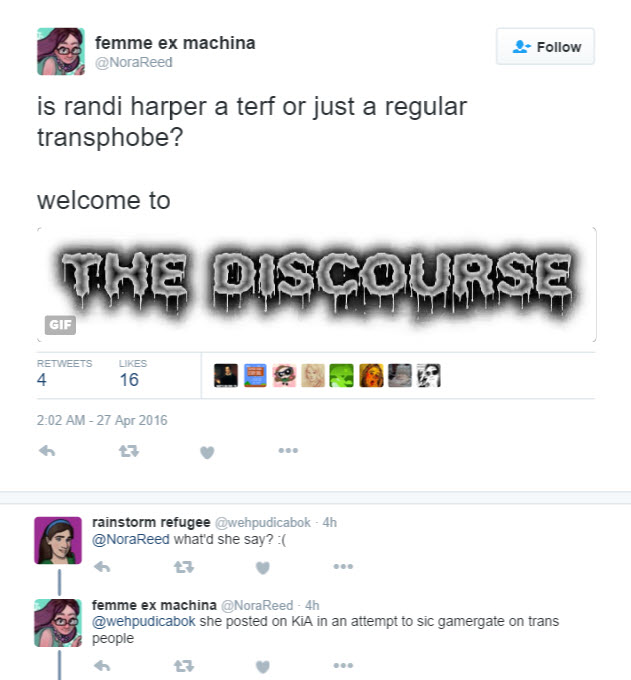 This is just the latest example of Randi Harper getting dragged by her own side. It’s happened to me as well, so I actually have a little bit of sympathy for her…but not much. She’s just too dishonest and too odious to ever find any common ground with. Not only that, you can plainly see that she helped plan the attack that Signal launched against Candace Owens. Even that wasn’t enough for her though, she had to go write her own post where she tried to ruin Candace’s reputation. Having spoken to Ms. Owens several times now, I can safely tell you that was way out of line. If Harper had any dignity, she would apologize. But, she doesn’t.

So, I’ll just sit here and keep chronicling her every failure instead. Happy Wednesday, everyone!