Pretty much everything has been said already about the recent events that led to the death of Korryn Shandawn Gaines until more information is released by the Baltimore County Police Department so anything to more to add would only be conjectures at this point.

The police report from her previous arrest on March 10th, 2016 has been made public.

It mentions the charges that were pressed against her and also a detailed record of events as told by the arresting officer, Officer O’Connell. 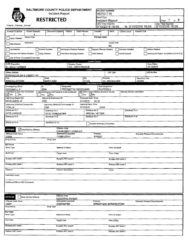 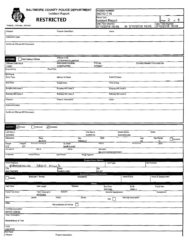 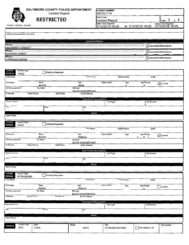 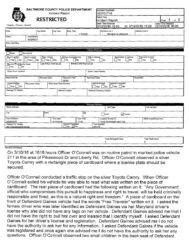 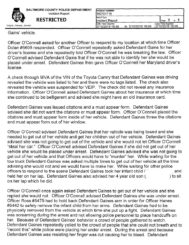 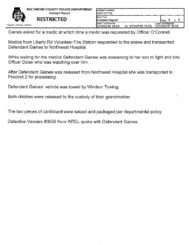 The pictures are not clear, thanks WordPress, but the original PDF is available through Scribd.

Here are some of the most important details:

Narrative Information: (I deserve a raise for that. Ralph)

On 3/10/16 at 1616 hours Officer O’Connell was on routine patrol in marked police vehicle 211 in the area of Pikeswood Dr and Liberty Rd. Officer O’Connell observed a silver Toyota Camry with a rectangle piece of cardboard where a license plate should be secured.

A check through MVA of the VIN of the Toyota Camry that Defendant Gaines was driving revealed the vehicle was listed to her and there were no tags listed. The check also revealed the vehicle was suspended for VEIP. The check did not reveal any insurance information. Officer O’Connell asked Defendant Gaines about her insurance at which time she continued to be belligerent and advised she might have an old insurance card.

While waiting for the medics Defendant Gaines was screaming to her son to fight and bite Officer Dolan who was watching over him.

After Defendant Gaines was released from Northwest Hospital she was transported to Precinct 2 for processing.

Both children were released to custody of their grandmother.

The two piece of cardboard were seized and packaged per departmental policy.

I have to admit the description of events sounds terrible. I’m sure some of her supporters would say she was set up by the police because she was black.

Well, that could be a possibility if she didn’t make her 4 year old son record the incident with her cell phone.

The video includes some weird intro that shows her general state of mind, the police reports and her own 20 minutes-long recording of her traffic stop.

#KorrynGaines was being served arrest warrants for a traffic violation. but the state took her tags which is why she got pulled over.

We need to know our rights and duties when pulled over, stopped, searched, approached, in our homes. #KorrynGaines

Watched a video of #KorrynGaines being pulled over and it looks like they're arresting her over her not signing the traffic ticket.

Rather you know the law or not, you should not put your children in a situation like how #KorrynGaines did when she got pulled over.

The #KorrynGaines situation could have been avoided. The first officers who pulled her over were polite and gave her several chances.

#korryngaines was a stupid nigglypuff. A result of lies and propaganda from @deray and the other #blacklivesmatter terrorists!