Earlier today, I was on Twitter minding my own business (OK, probably not) when MisterMetokur tagged me into a tweet…

I had no idea what he was talking about, but after examining his thread I could see that this had to do with gun groups on Facebook and the progressives who are trying to take them down by hook or by crook. This includes groups who don’t even sell guns. Luckily, they do seem to have at least one high profile defender within the Facebook hierarchy…

Chuck Rossi, Facebook’s director of engineering, has become an advocate for gun groups within the company and has helped reinstate gun groups. As also reported by Drange at Forbes, some of the groups Rossi has helped rescued from removal have continued to be forums for private gun deals. Rossi also became the leader of a secret group of administrators for gun pages called “Admin Contact.” According to Forbes, in February Rossi wrote to the group’s members: “I am 100% laser focused on getting your groups back to you so you have a chance to get them to comply with the new policy. It is my sole freaking purpose in life until it is done.” His efforts have helped many groups get out of what’s known as “Facebook jail.”

But apparently that’s not going far enough when it comes to protecting the millions of rule-following gun owners on Facebook. The anti-gun nuts have setup groups dedicated to completely eradicating guns from Facebook altogether. The guy who tagged in MisterMetokur for help eventually spoke to me. When he did, he sent along this document…

We’ve got bombshell news for the gun community.

Spread this far and wide. My friend has uncovered an organized conspiracy of trolls working 24/7 for months to take down THOUSANDS of Facebook pages, groups, and personal accounts for being even remotely related to firearms. Even going as far as compiling names of all persons in gun groups (doxing).

Remember months ago when Facebook made private gun sales a violation of TOS, and how mysteriously thousands of groups and pages started being taken down that weren’t even selling firearms? Well we’ve uncovered the rat’s nest responsible for this campaign of targeted harassment..

Spread this Mega file far and wide, here’s all the evidence compiled by https://twitter.com/AGleaks that shows the group, its members, “confirmed kills”, and dox attempts—>

Here is one of the ringleaders (scroll his timeline to see for yourself them gloating over thousands of “confirmed kills”: https://twitter.com/monteiro

These guys are so sick that they even went after paintball, Airsoft, and hobby discussion groups. Even took down groups for POSTING A PICTURE OF A GUN. It’s insane and they’ve gone too far. Do what you must to spread this info. Saddle up, rally your crew. Send this to /k/, /pol/, GamerGate, everyone in your community that has been affected by these vile trolls.

How can you make your pages secure? Try pre-emptively blocking as many of their member lists as possible. Also go to your page settings and block anyone outside the US from being able to see your page. The “shocking” revelation from all of this is that a lot of these trolls are east/west coast elitists and foreigners from Australia and the UK. They even have journalists from ITV and MTV among their ranks! This is a huge scandal. Targeted and wrongful harassment campaigns of gun owners is discrimination. Send this to everyone! These sick fucks INTENTIONALLY TARGETED MILITARY MEMBERS TOO.

Here’s some of the photographic evidence of the anti-gun activists and their efforts. By the way, the hashtag they’re using to talk about all this over on Twitter is #ReportGate.

Keep in mind, I took out a lot of posts where they targeted individual users… 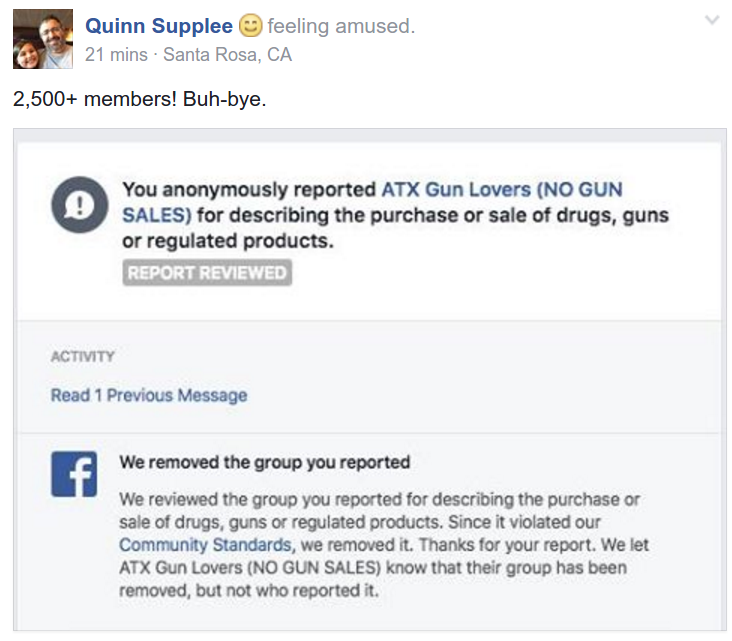 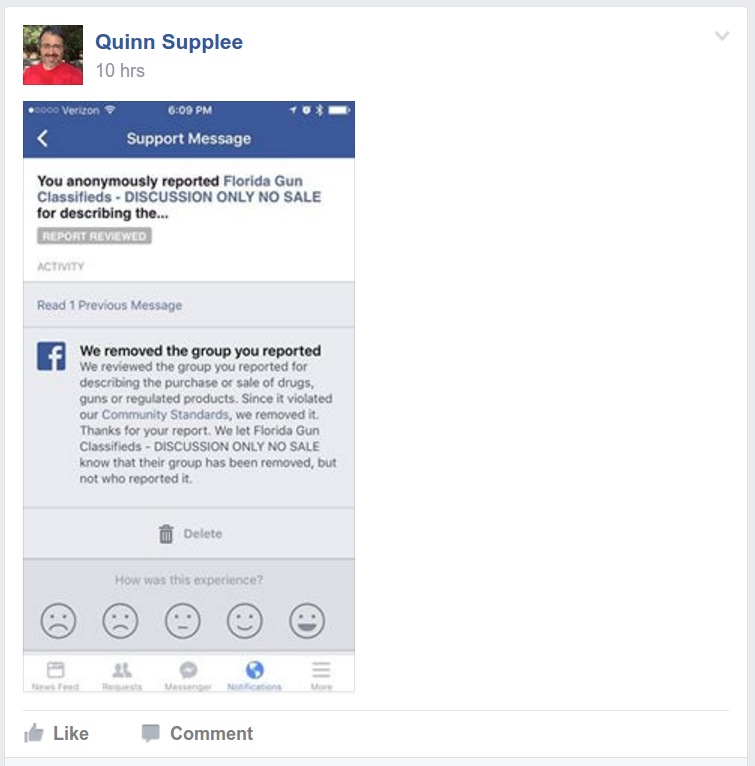 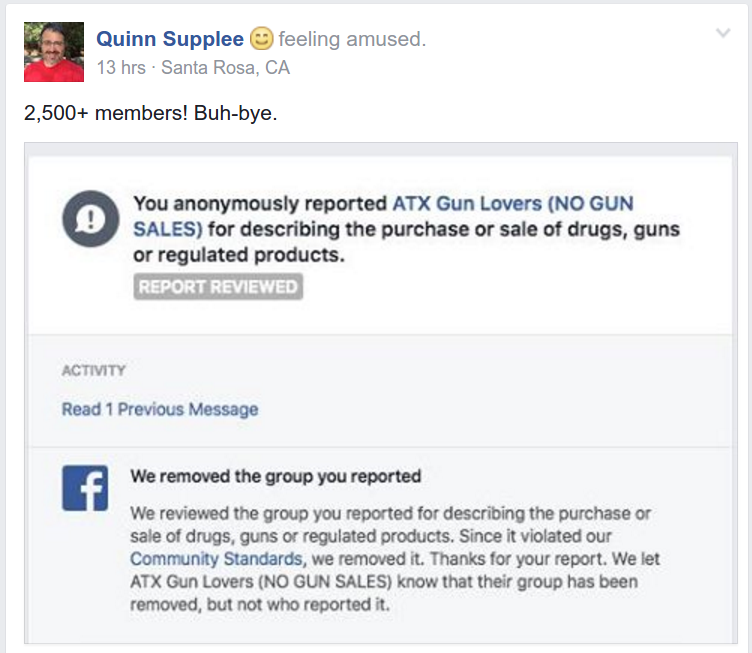 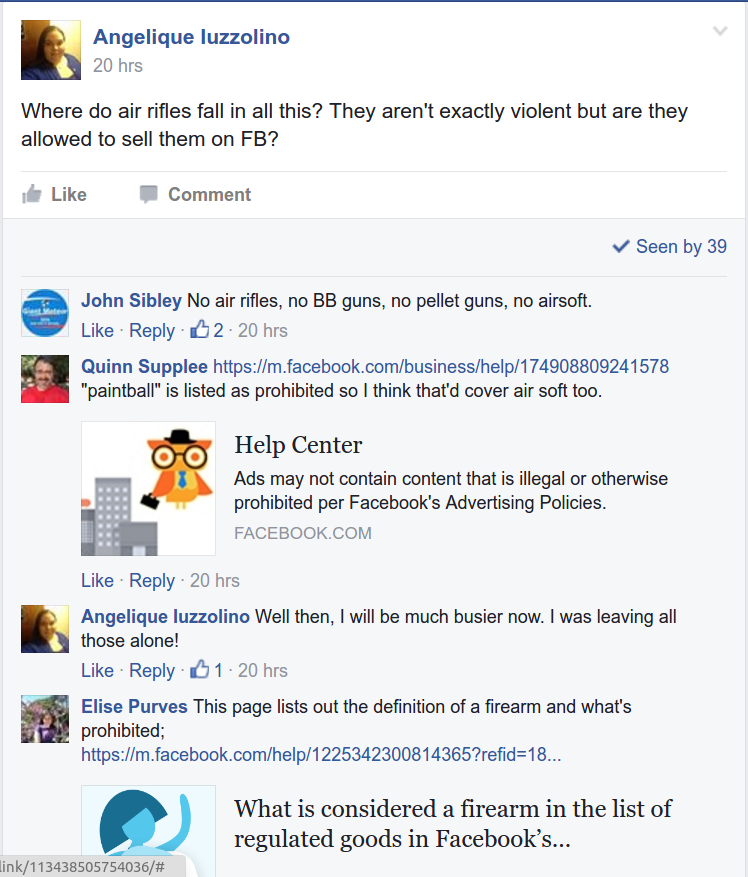 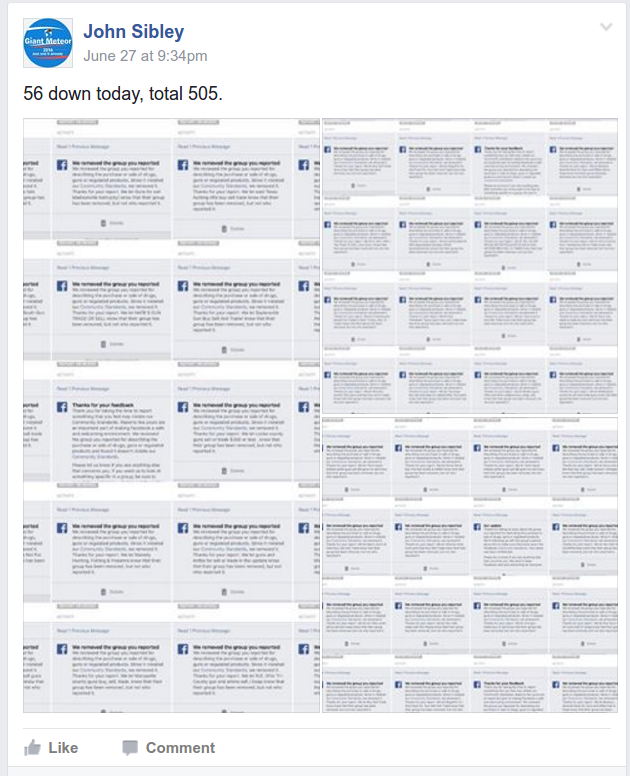 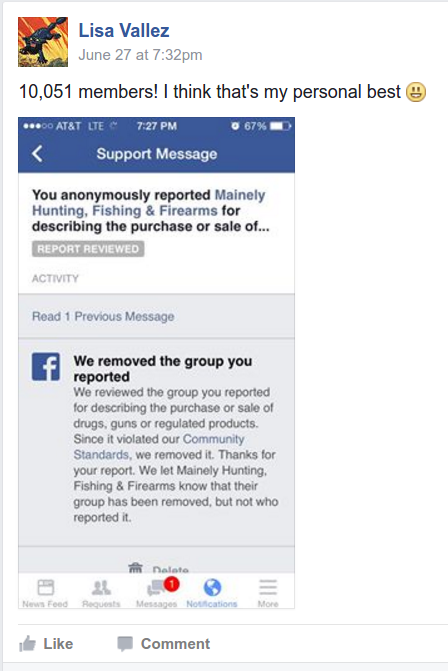 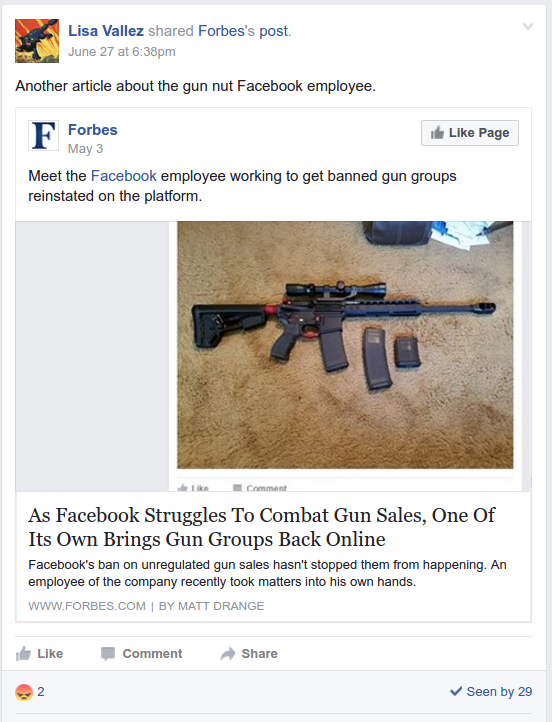 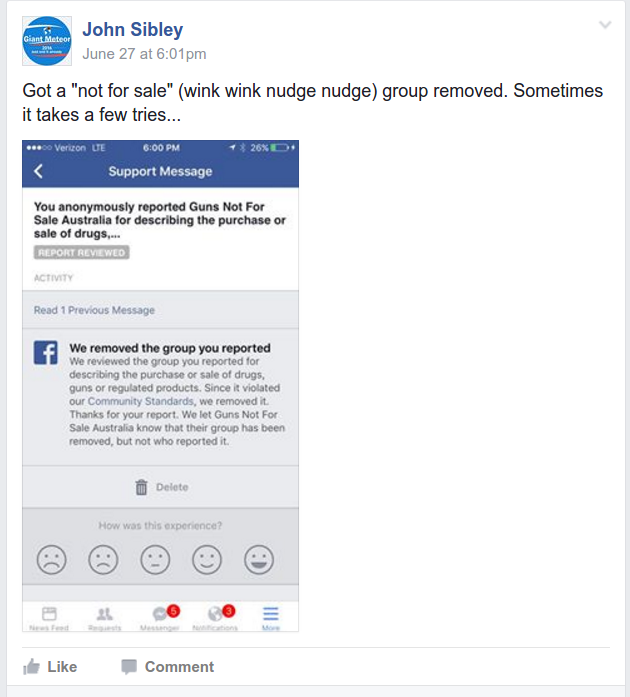 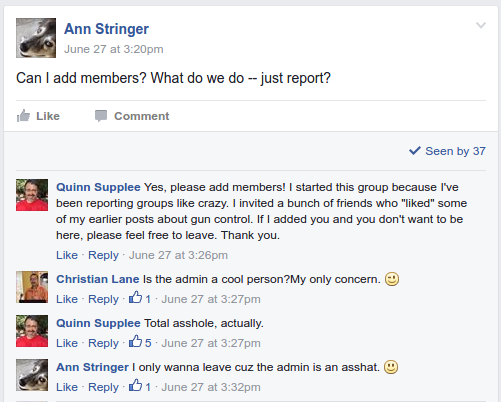 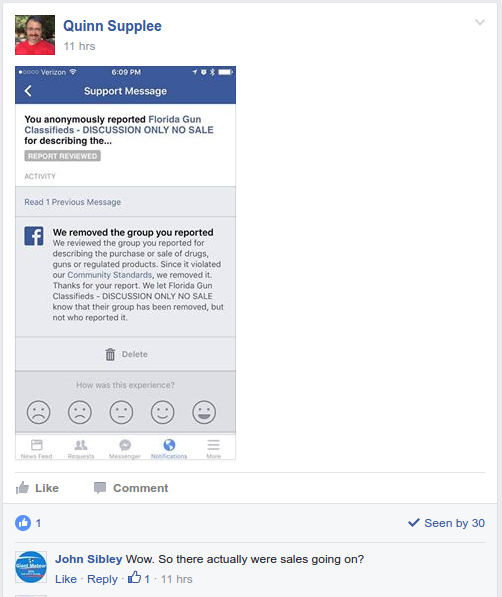 I don’t know what people can do other than follow the preemptive blocking policy and keep a eye out for more behavior along these lines. Hopefully some more outlets pick up this story as we move along as well.