Well, you guys wanted some happenings? Here’s a huge one. According to reports, GamerGate has achieved a huge win not only for ethics in gaming journalism, but we’ve also affected news journalism, and indeed, the entire Internet. Liars and sociopaths have tried to call us misogynists and abusers from day one, but if confirmed, we now have all the proof we need to show that GamerGate is about ethics, not only in gaming, but in journalism as a whole. I look forward to helping explore further avenues of expansion with that as well. We’re just getting started, as I’ve said for weeks. Gawker Media, and all their corrupt cohorts, would feel a blow like this for years to come.

Here’s a recap of what I’m talking about:

“A brief recap: Operation UV involves emailing both advertisers and the Federal Trade Commission. In terms of the FTC, we are trying to alert them to the fact that Gawker Media and presumably others embed many of their product reviews and news articles with for-profit affiliate links (such as Amazon Associates). This creates a conflict of interest whereby Gawker Media receives a percentage of sales from an embedded (and undisclosed) Amazon.com link for a product they review.

Well, the FTC has heard the complaints from consumers about the lack of disclosure for affiliate links as well other disclosure-related issues and are planning to release revised guidelines around these very same concerns. They are working on them now and they should be released next year. These revised guidelines will make clear about what must be disclosed to consumers. It will also further clarify guidelines for YouTube personalities and perhaps others…

GamerGate has already been instrumental in bringing about better standards in a number of major video game websites. It now looks like we will play a key role in helping to boost the standards of internet reviews and news sites as a whole.” 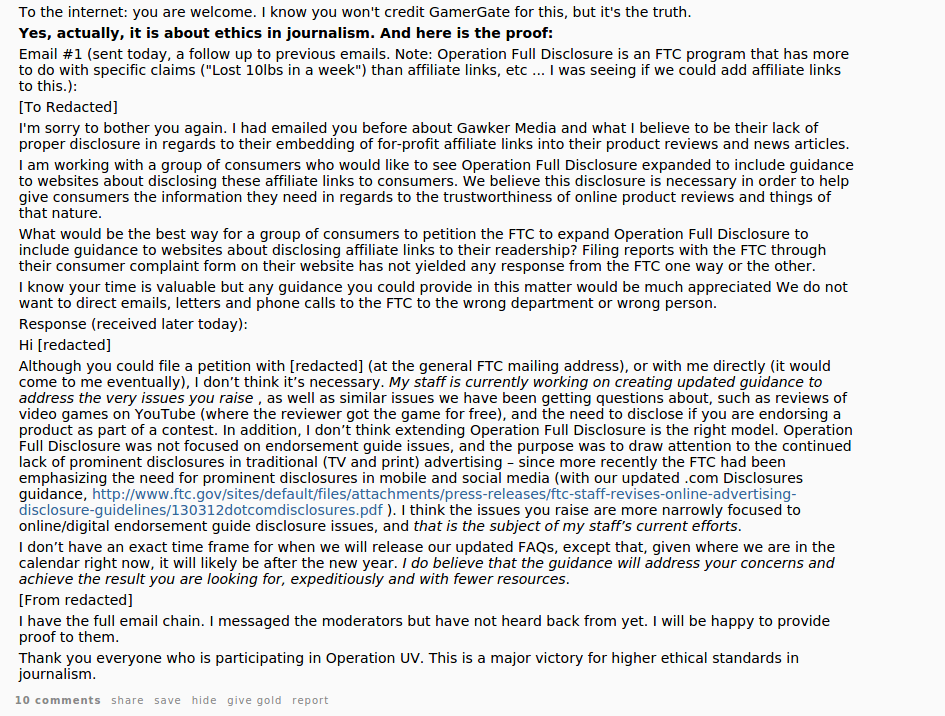 I’ll update this article as more information become available. Our contributor EbolaChan hasn’t been able to authenticate yet. So I’m just bringing you the story as is.  Here’s a copy of the email as well, but we haven’t done a full trace yet: 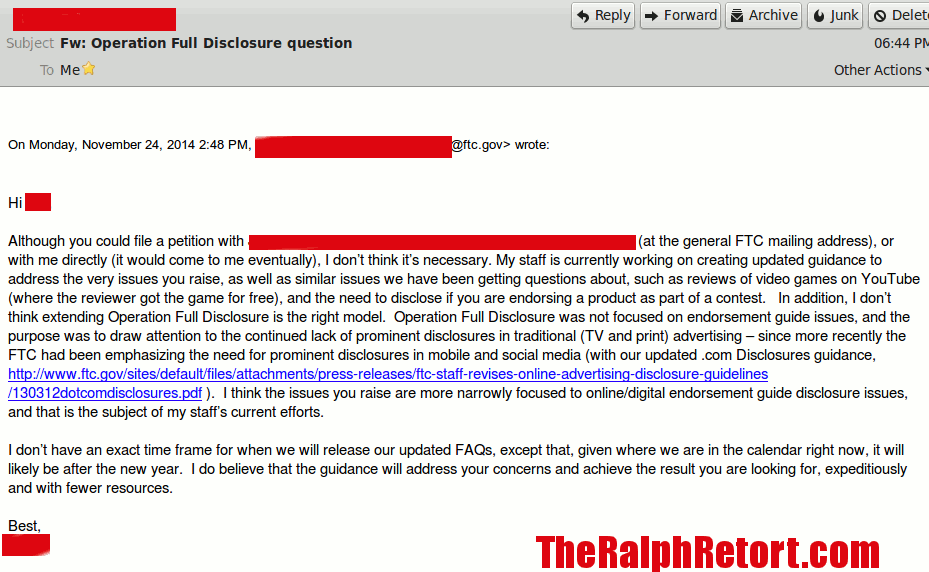