REPULSIVE: Anita Sarkeesian Has a Convicted Pedophile as Her Twitch Moderator (UPDATED)

I had a very interesting time last night, and I’m going to talk about it in a lot more detail during the next post. But I have a fucked up story that I need to print out first, and it concerns everyone’s favorite fraud, Anita Sarkeesian. During the #BIGMILO stream last night, it came out that Ms. Sarkeesian has a convicted pedophile as a moderator on her Twitch channel. Yes, this is reality. We have loads of screens and archives, so buckle up.

First, let’s let Encyclopedia Dramatica give you a little background on this sick bastard…

Valis77 (aka ValisHD) — IRL name Promise Delon Redmond as he’s known to terrified children across the state of Kansas due to being a registered sex offender — is among the legion of sexual deviants clogging the Tubes. Even moderating known SJW toilet Anita Sarkeesian’s Twitch channel. Fancying himself an e-celebrity, Valis delights his thousands of subscribers with his poorly-made Let’s Play videos.

Being of simple Midwestern stock, Valis is easily amused, therefore rather than being satisfied with quality content leading to a modest upload count, he sees the upload count as an end unto itself. With that in mind, our hero gleefully inflates his own upload count with horrendous side productions, thinly veiled as contextually relevant by the appending “Let’s” to the beginning of the title, seemingly almost as an afterthought.

They also have some photos, including his police record: 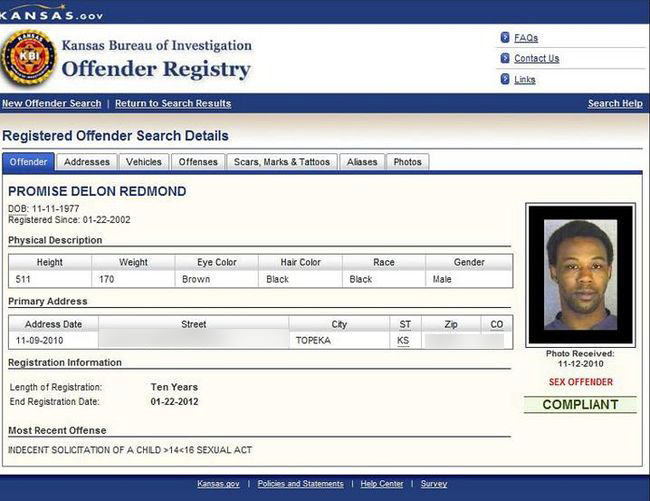 This dude is pretty sick, and seems to be rather proud of displaying his weirdness in public:

You may ask yourself, as I did, “What on earth is Anita doing having a convicted pedo as a Twitch moderator?” I know these people are sanctimonious and brazen with most of their lies and bullshit, but this is not a good look to most normal people. Then I think about the SJWs recent move to normalize pedophilia and it all starts to make sense. These sick fucks just do not care anymore. They’re going to do what they can to make this sort of depravity accepted by the mainstream. Still, you would think that advertisers and sponsors would shy away from backing people who knowingly put pedos into positions of power. What about the gaming press? Or the gaming industry, for that matter?

I'm honestly disturbed by this. The convicted pedophile moderator is weighing in on how Evie looks like a "teen." pic.twitter.com/bNFXRkud8c 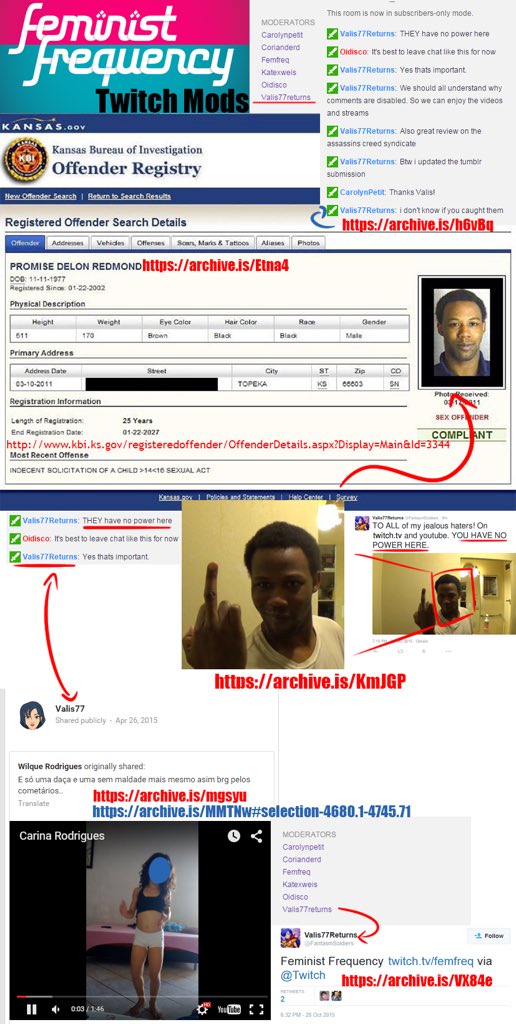 It’s hard to say this person slipped through the cracks. He’s a known internet personality with over a thousand subscribers on YouTube. Speaking of the video sharing website, he also made his pedo perversion known there as well (h/t to @SainguinLibras).

This could really use a signal boost everyone. @FantasmSoldiers Youtube channel has multiple Liked videos of very young girls. #GamerGate

Comments from that video: 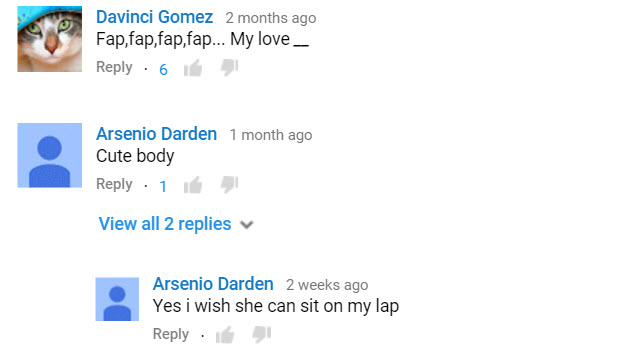 He also posted some more public evidence of his sickness over on DeviantArt (h/t to @avi_machina): 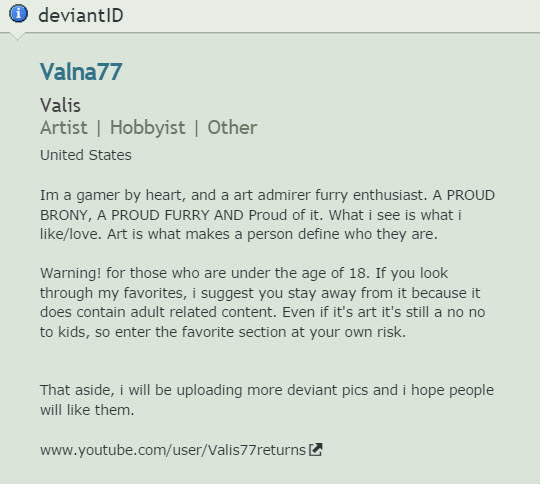 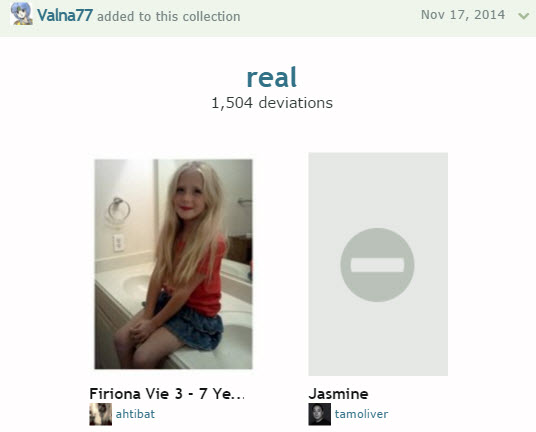 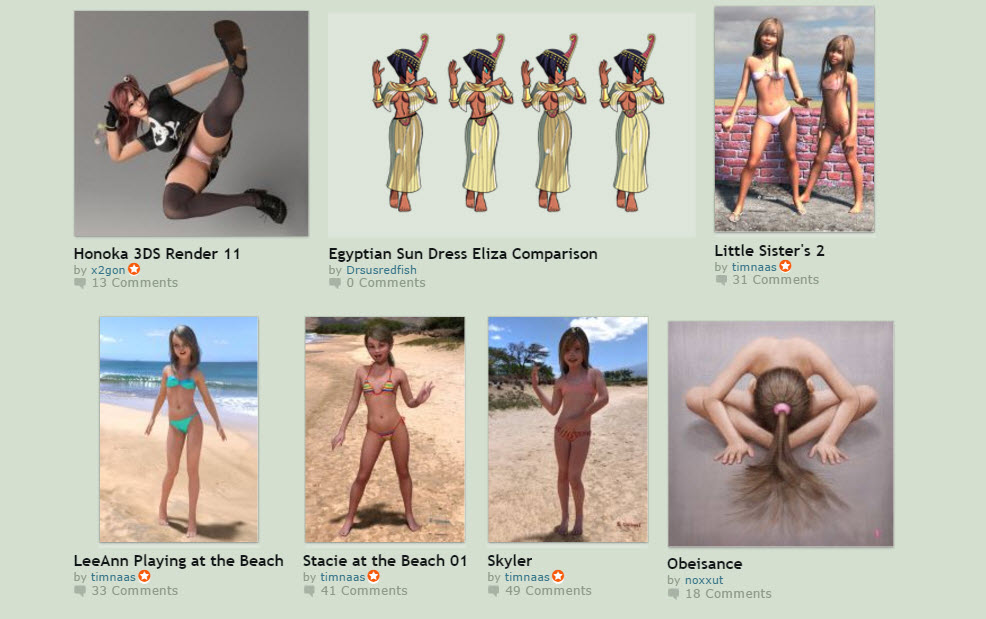 This is the person Jonathan McIntosh and Anita Sarkeesian have entrusted with an authority position on their live video game streaming channel. That’s how sick the SJWs have become. They’re not even trying to hide it anymore. Child abuse is now just a lifestyle choice for them and they don’t care what you think. How in the world can Intel justify giving these sick fucks any money? Think of all the gaming studios and publishers who have given them cash as well. What do they have to say for themselves? It’s a disgrace that these people have any influence in the industry and I’m not gonna rest until they’re run out on a rail. I know many of you feel the exact same way.

UPDATE: This is allegedly from his Tumblr… 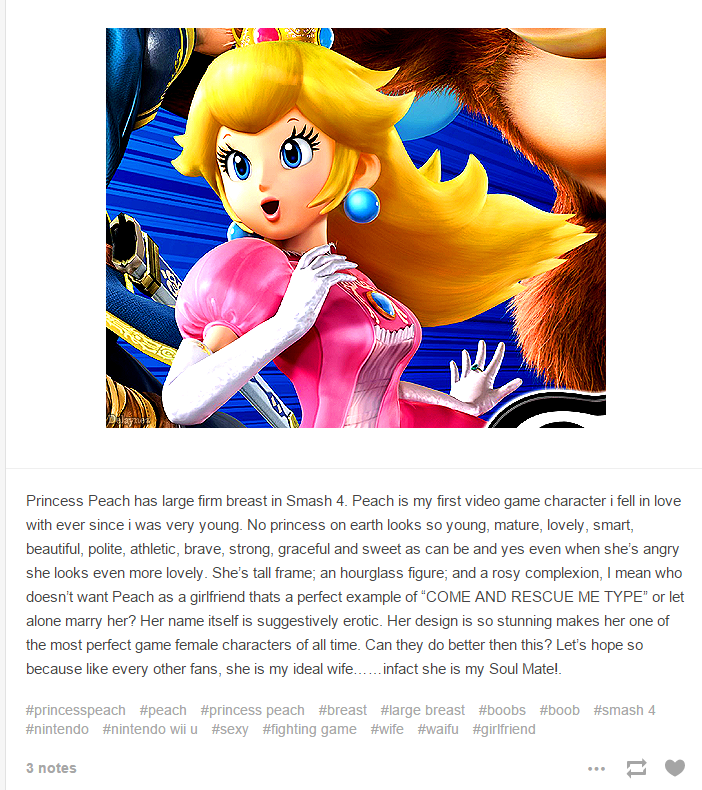 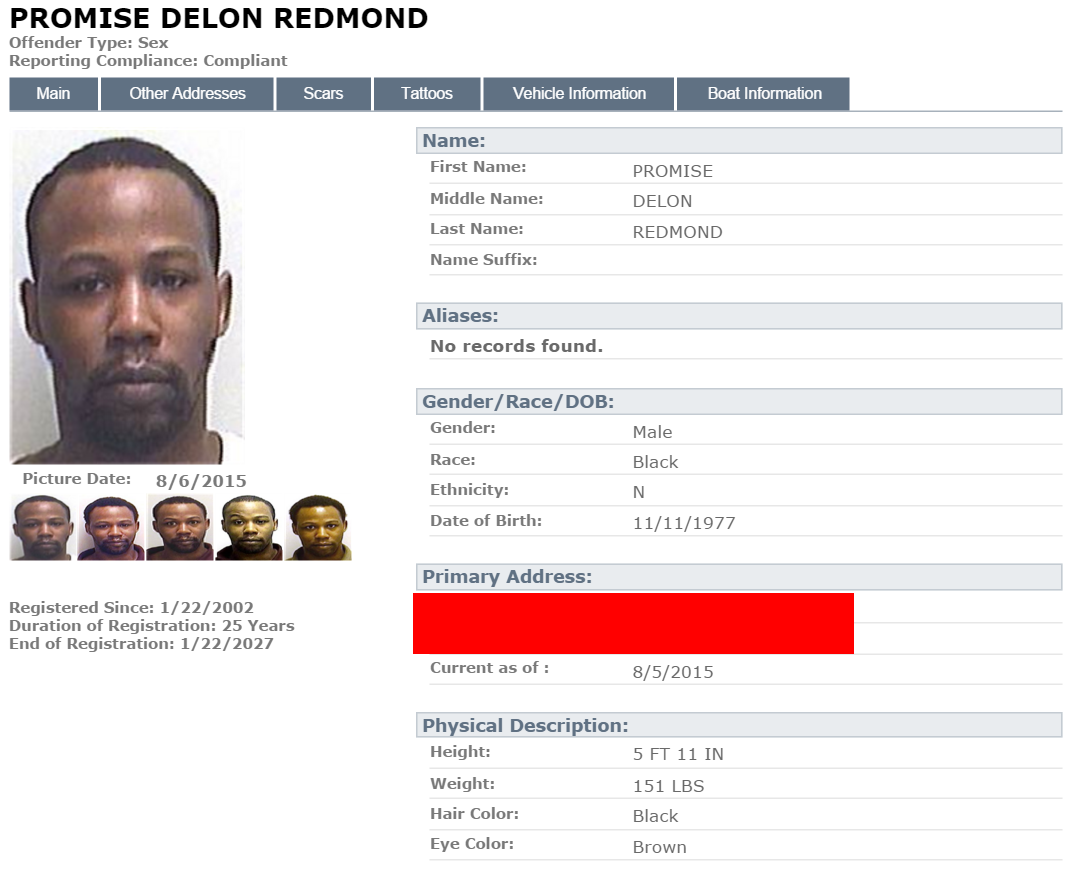