Returning to the Scene of the Crime: Liftshopping Part 2

Praise be the sweet buttery baby Jesus, there is sanity. As most readers will know I recently did a hit on the strange nonsense of liftshopping. Well, as it would have it a senpai of mine, Tenaflyviper, shared my article. Then, Tumblr users took charge (shocking, I know). There’s now a Master List of users that have been sent to the FBI. And the little spoiled shits are scurrying about trying to find sanctuary on Tumblr as we speak.

Of course though this means we have an array of excuses for lifters to hide behind. As past readers will know, I made note that the lifting community seemed entirely comprised of women. Teenage girls to boot. So the cries of leave the innocent little girls alone has been thrown around. After all, precious little girls are never responsible for stealing and thieving. It’s all about the PATRIARCHY! Oh, and yes…you always gotta throw that rape culture in there. It’s a classic pity play. Well too bad so sad for you. I use my face down card, Badass 80s Gal. She takes all hit points with Logic and Facts! 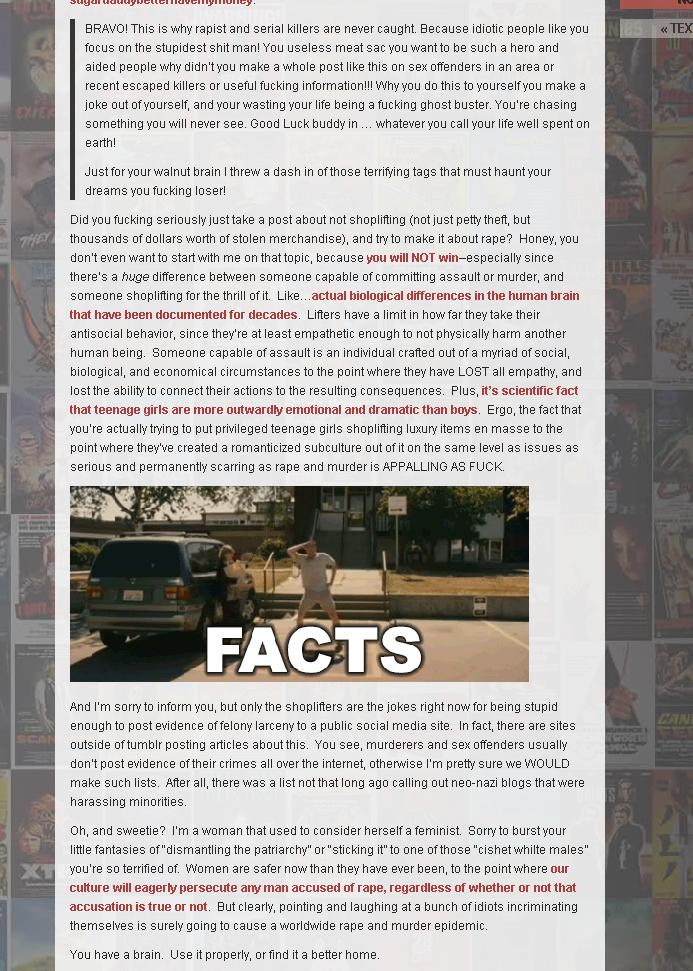 But wait, there’s more! Apparently another tactic is to claim Role Play. This is a practice common to the Tumblr. Though many roleplayers are calling foul to the entire ordeal. I mean hey who wouldn’t? But it does make for some interesting reading. The biggest sayer is a brat who, I kid you not, stole a kitten from a shelter. Then she went on to steal supplies for it. I mean, doesn’t it look all happy curled up in the corner? 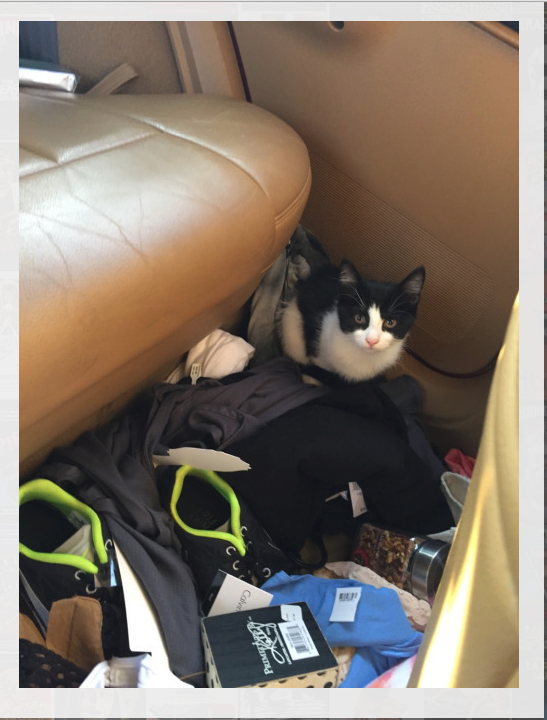 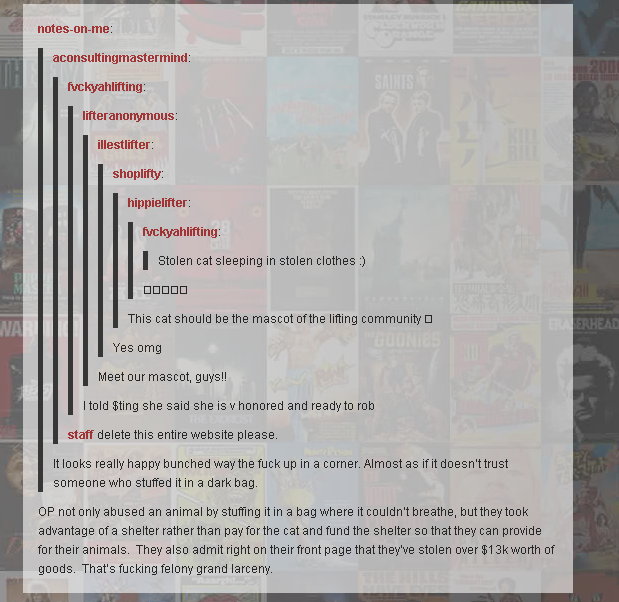 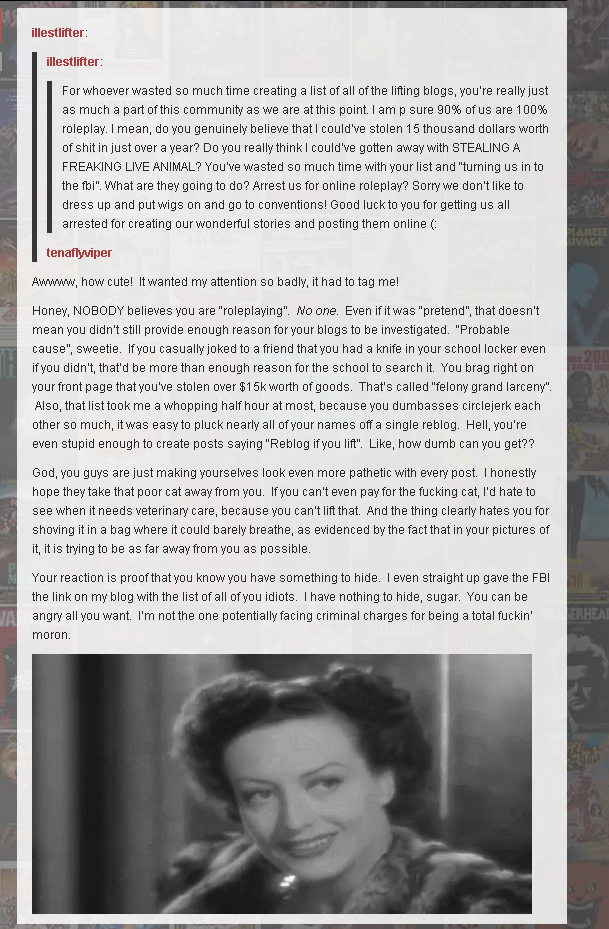 And as stated before, the master list has been sent off to the FBI, as well as to staff of Tumblr. Although seeing how they’ve yet to do anything about it, that’s likely going to be ignored. This of was met with cries of panic as many of the primary lift blogs bolted. Though the concept of an IP address seemed lost on them as they put up change URL PSAs. They also deleted some of the boastful posts they had out up. That doesn’t really matter, with Tumblr’s reblog system (if reblogged, op deletion or deactivation doesn’t matter). But let’s all let out a hardy Ha Ha at their feeble attempts. 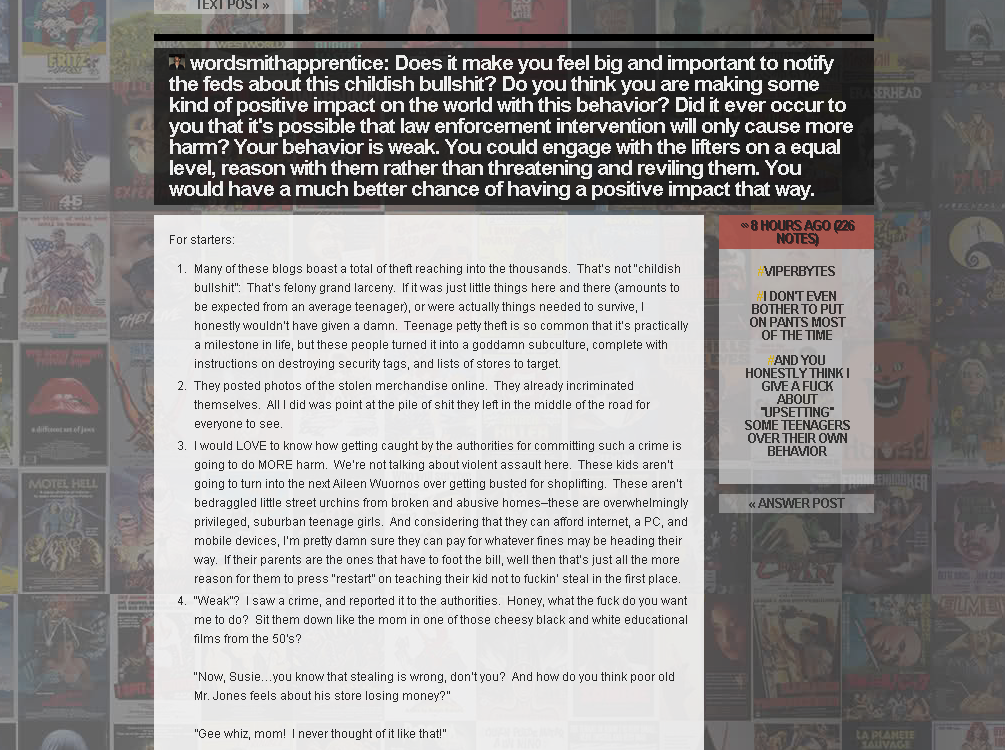 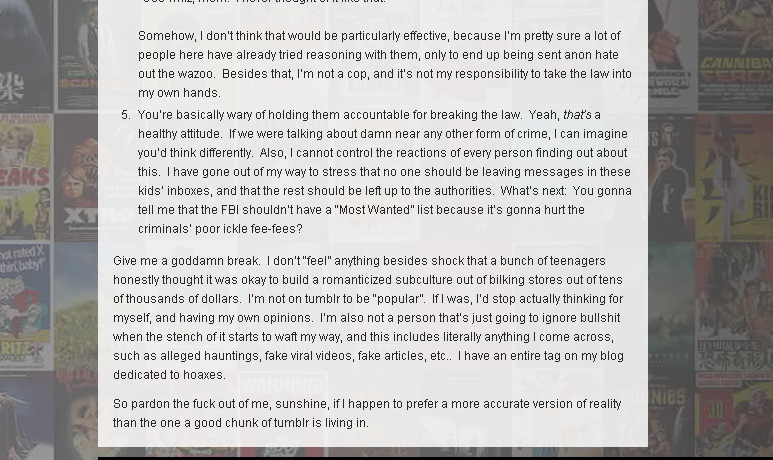 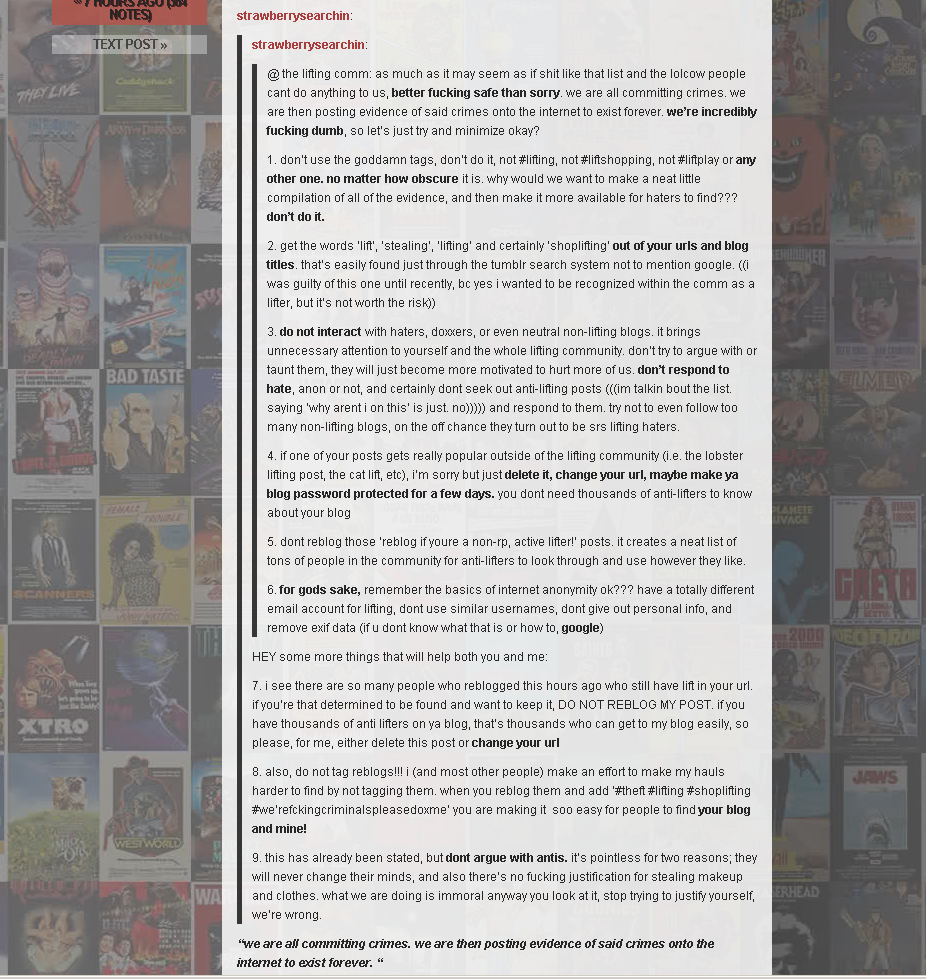 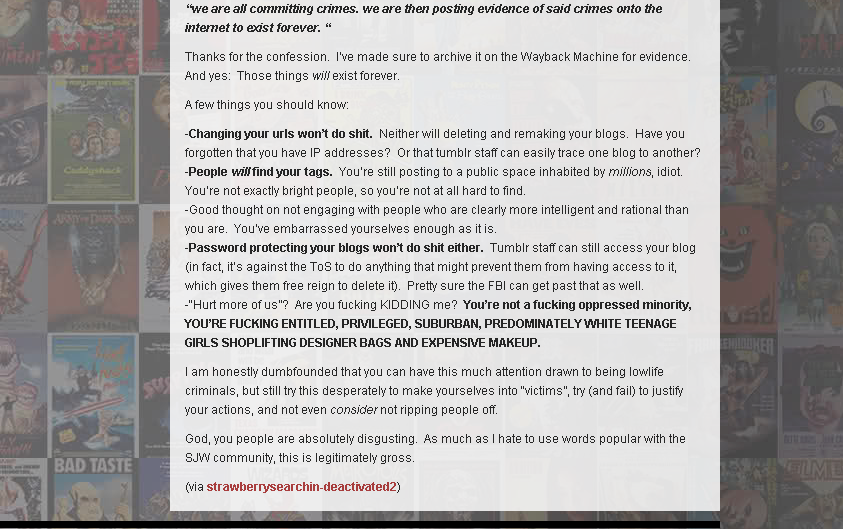 It’s almost as if they are slightly self aware. Like there’s a glimmer, a faint hope of grasping what sh- 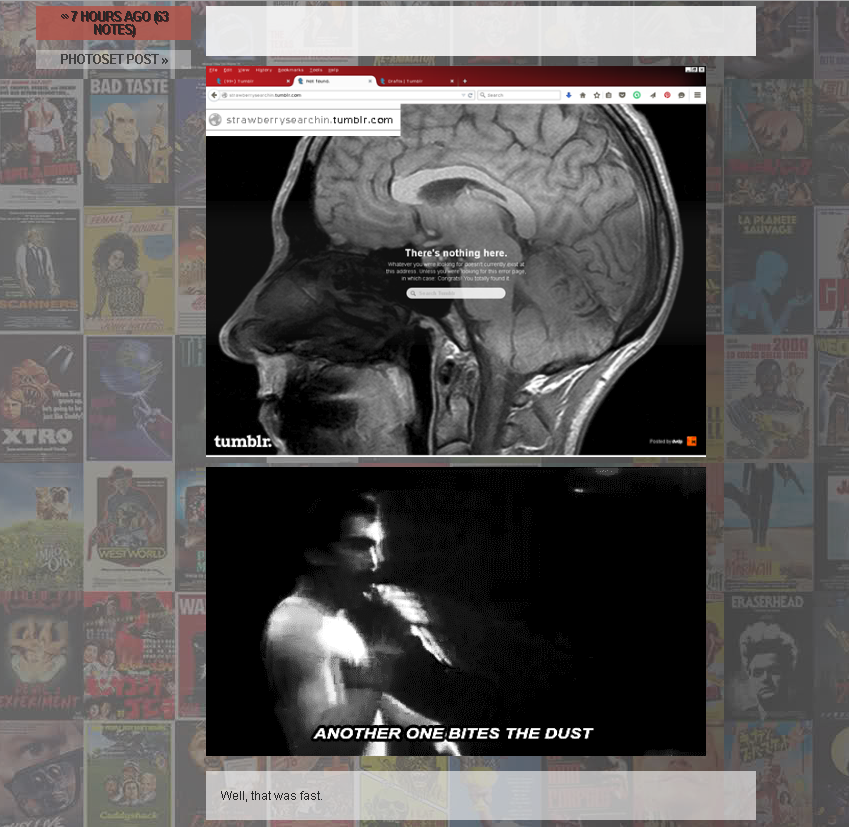 Ahh well, nevermind. Well, let’s wait and see how deep they dig this hole. I’ll update as it goes on. Hopefully to trial, I’d love to see the media try to spin this one.

UPDATE: Tumblr has responded, and they’re not going to step in:

Thanks for reaching out to us! We realize this content may be very upsetting, but we also highly value freedom of expression and freedom of speech. And, while a given activity may be illegal, content showing such an activity is generally not illegal. This is how news reports and documentaries are able to show illegal activity, for example.

In such cases, we strongly recommend that you block the user(s) in question.

Blocked users can’t follow you, can’t see your posts on their dashboard, reblog your posts, like your posts, or do anything else with your posts. You also won’t get Asks or Fan Mail from users you’ve blocked, and you won’t appear in their search results. Find out more about blocking users here:

Thank you for taking the time to share your concern with us.