The Russian ambassador being shot is not that surprising given that Turkey harbors & supports ISIS terrorists. https://t.co/CERBCpnbWX

The picture of the gunman in Ankara attack who targeted the Russian Ambassador: Turkish media pic.twitter.com/wOgVswN24i

Video of an attack on #Russian ambassador in #Turkey #Ankara pic.twitter.com/QsPJ14OJ9f

"We die in Aleppo, you die here" gunman quoted yelling as he shot #Russia ambassador to #Turkey. (Photo: @BurhanOzbilici/@AP) pic.twitter.com/zoHFU1aVsP

Turkish media now say the Russian Ambassador is in a hospital's emergency services section and the treatment is underway. Not announced dead

As you can see, there are conflicting reports over whether or not the ambassador has died. Most people say he has. I’ll update the headline when final word comes in, but I’m going with dead, given the reports. Also, look at that picture. It didn’t look very good right from jump street.

Latest from @AP from Ankara:

MOSCOW (AP) — Russia's ambassador to Turkey has died after being shot in Ankara, according to Russian Foreign Ministry spokeswoman.

This is a bit out of touch lol:

More on the terrorist scumbag:

GRAPHIC image of the terrorist after he was “neutralized”… 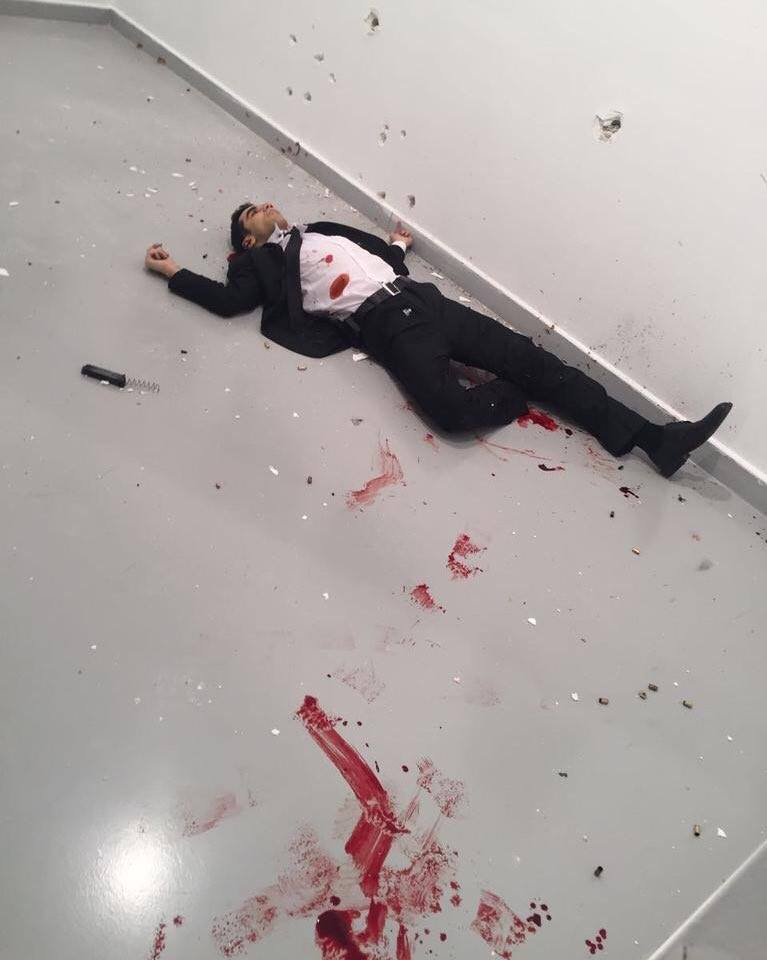 On that note, I’m done here for the time being. I’ll come back later and update this post if I see some more pertinent information. I just happened to be watching all this unfold live, so I figured I might as well make a post out of it.