We all saw The Dankula Debacle on Monday There’s not really much I can add on that front, other than to once again state for the record that it’s absolutely bullshit.

As bad as it was, guess how the Scottish Police celebrated that disgraceful verdict? By threatening more internet users, of course! Stuff like this is a constant reminder of how lucky I am to live in America. Free speech doesn’t really exist in a place like the United Kingdom. I take zero pleasure in writing those words, by the way. In fact, it’s terribly saddening…but it’s 100% true.

You may think online you are anonymous, you can create fake profiles and
no-one can trace you. That’s wrong! The messages you type and send can be traced back to you.

The same laws apply to online messages, images and videos. What you post now can affect you later in life.

There is no longer free speech in the UK. 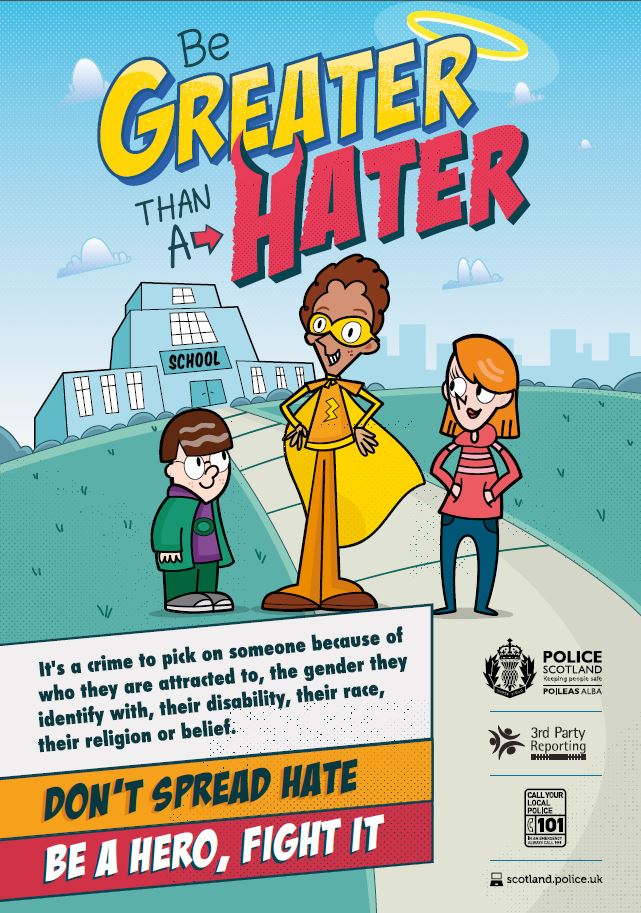 Notice the darker skin the guy in the middle has compared to the other two characters. It’s almost like they’re trying to shame those mean whiteys who are clearly what’s wrong with the internet. And what about all the other things they’re ignoring while they still find time to harass people in the name of special snowflakes?

Female genital mutilation? No big deal! Disfiguring girls is just part of their culture, dumbass. Stop being a bigot! But don’t you dare send a mean tweet to some fat cow politician, or we’ll lock you up!

The absolute state of this country.