I’ve been away from home all day and I still am. I’m sitting in a hotel in northern Virginia just outside the nation’s capital, in fact. But this one was just too big to indulge in laziness. Plus, I finally figured out how to make the WiFi work so I have no excuse not to shout about this one from the mountaintops. What’s the story about, you ask? Well, you already know assuming you read the headline, but I’m supposed to employ the explaining conceit anyway, so here goes.

Billionaire Minecraft creator Markus “Notch” Persson has just put out word that he’s interested in buying the recently struggling 4chan. This comes after he went on one of the boards himself and started shitposting. I don’t have an archive of that thread at the moment, but I will update the post later assuming I receive it (here’s one of the subsequent threads, courtesy of @TheGatorGamer). Thankfully for all of us, Notch has been tweeting out screens from the discussion on his massive Twitter account. 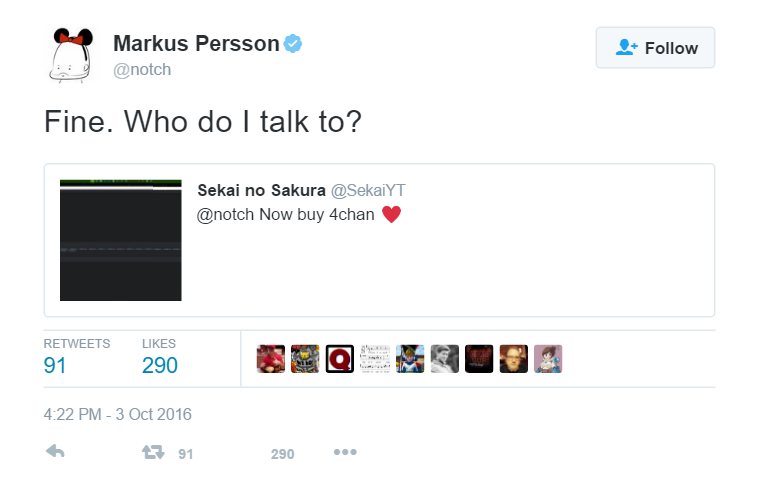 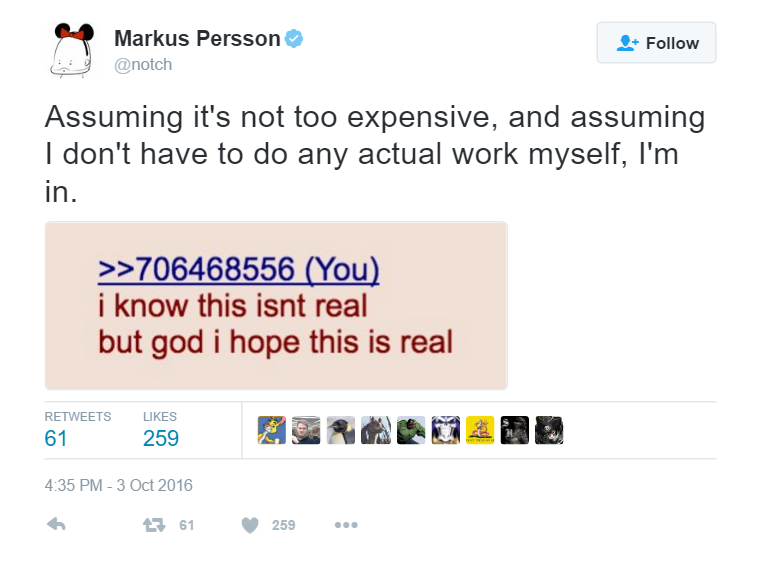 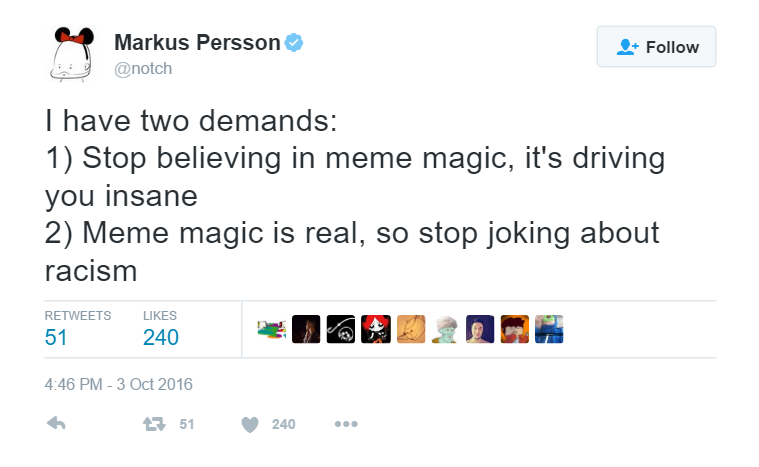 Notch, as the possible future President of 4chan, what would you do about the FBI honeypot that's been running there for 10 years?

I don't think you want the noods from around Twitter.

More on this story as it develops…

UPDATE: Notch completely sperged out, backed off the claim that he was going to buy 4chan, then he started deleting his entire Twitter history. It was into July the last I looked. I think he’s taking WildGoose’s advice and deleting fucking everything.

Luckily, I saved a few of his tweets. the ones that are in the story above have been nuked, but I’ll look for some archives later. I’m not sure what;s going on with this stupid fucker. Perhaps he’s on some kind of cocaine high at the moment. Either way, this is not a good look at all. I’m sure he’ll be alright with that boatload of money, though.

Here’s a couple tweets we managed to save: 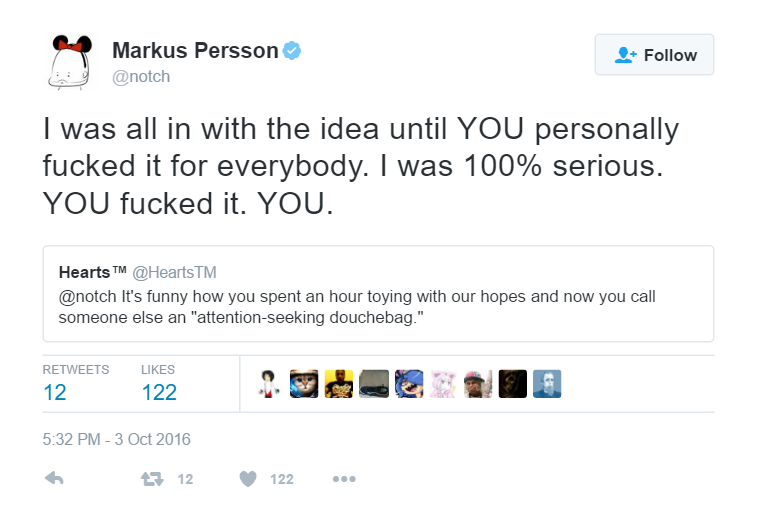 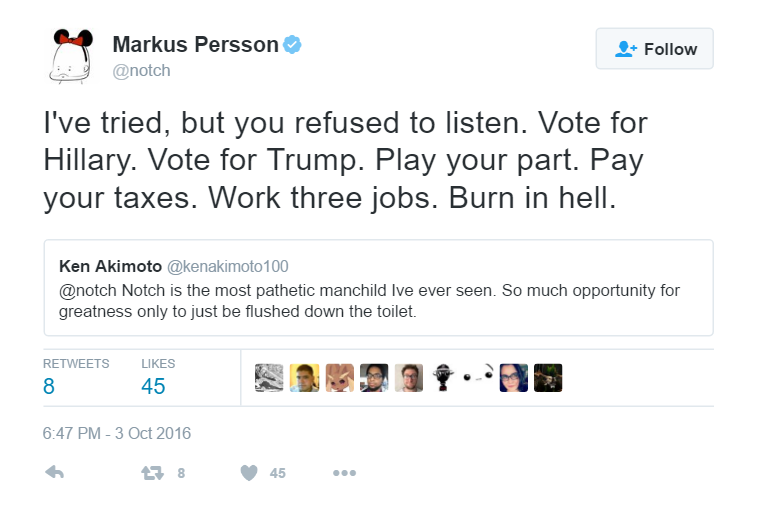 It's pretty pathetic. Not just one or two, everything. Was in July when I got it to come up at all. https://t.co/e1bBDyBG6J