Sarah Silverman’s catching a lot of heat today over a story she fabricated in order to make the supposed wage gap look more legitimate. The original story is here in National Review. 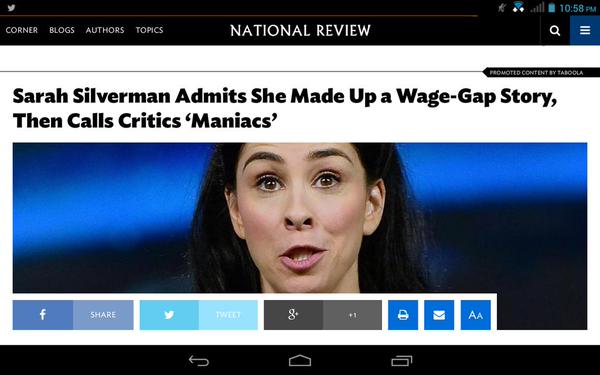 Oh, Sarah. The white Jewish woman who got famous off saying the n-word is now going to lecture us. 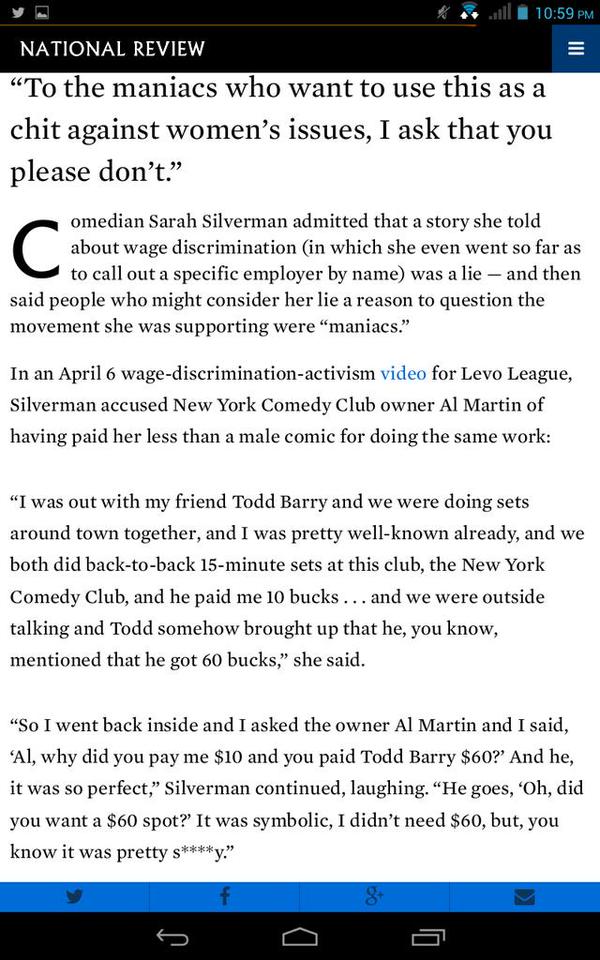 Silverman ended her statement by saying that people who might see an advocate having lied about a movement as a reason to question that movement’s message — something I’d consider a normal response — were “maniacs.” “To the maniacs who want to use this as a chit against women’s issues, I ask that you please don’t,” she said. “Because that would be super s****y.” I guess calling people “maniacs” for criticizing a cause could be one way to show you support it, but I can think of some better ones — like, you know, not going out and doing something that undermines it.

She did apologize after the guy tore her a new one. But that was very low. Some of her apology is above, but I also included the club owner calling her out, which you can find here.

“Are you kidding ? You come in to my club 15 years ago and ask me for a guest spot, I did not ask you to perform and you were not booked, and Then you ask me for pay? You asked to work out some material … Then you make this a gender pay thing? Sarah great cause I am with it, but I did not pay you less cause of gender … I paid you less because Todd Barry was booked and you weren’t … It was a GUEST SPOT, so I gave you some car fare, which actually is more than almost any club would have given for a GUEST Spot … Funny how in your attempt to become a super hero with a noble cause, you forgot that little fact … GUEST SPOT … GUEST SPOT.”

“To Al, I truly am sorry to bring you into this as you employ women and pay them the same as the men I’m sure. To the maniacs who want to use this as a chit against women’s issues, I ask that you please don’t. Because that would be super [expletive]. Feel free to aim your vitriol at me but leave this issue of working women out of it, K?” Ms. Silverman wrote.

Thoughts? I’m about to head to the store, so I’ll see you in a little bit.