Site Update, Plus a Reminder of What We Fight Against

I got my computer put up last night and damn, there’s a world of difference. My shit no longer sounds like a small aircraft. It actually runs Tweetdeck without slowing down. I’m going to try some gaming on it later with Rome Total War II. I have the “Emperor Edition,” so I’m hoping that a lot of the bugs are gone. I’m also wondering about updating to Windows 10. If anyone has, let me know if there’s any big bugs. Some folks on Twitter told me it was pretty much bug-free right now.

By the way, If you want a reminder of what we’re fighting against, why some have dedicated 8 months of their life to the struggle, here it is (from the fall): 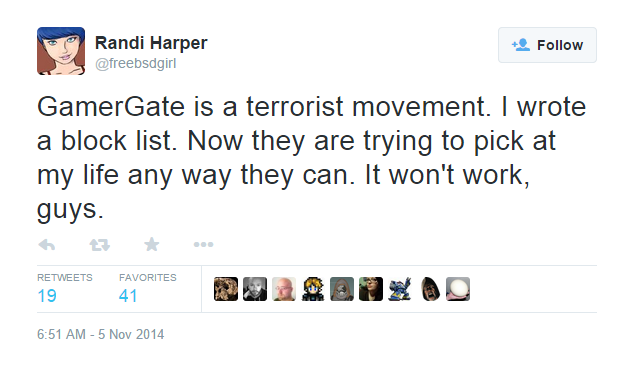 I’m going to go look into the stories for today and get back with you. I also have a unique guest editorial from a blind gamer that I’ll be running later. So I hope you all enjoy that. I also have some interesting stuff from Janet Bloomfield that I might get into. Stay tuned haha! Also, just in case you think that was an aberration for Randi…it wasn’t (h/t @TheIvyClover1).

If you have some shit you want me to see, or questions you want to ask, post it all below. Consider this an open thread.