SJWs Lose It Over Google’s GamerGate Endorsement, Browbeat Them Into Submission

Man, it’s been a crazy ass evening on the Twitter machine…even crazier than usual. Earlier tonight, Google tweeted out what looked like a message of support to GamerGate. The SJWs immediately lost their minds and went full psycho on the company. After the cry-session, they finally said they do not support GamerGate. But they also said “Google supports an open, diverse gaming community for all.” That could be interpreted as a tacit message of support, since GamerGate has always backed that as well through NotYourShield. Wherever you want to place Google, it’s clear that the anti-GamerGate goon squad behaved disgracefully.

(Full Disclosure: Google pays me every month through Adsense.) 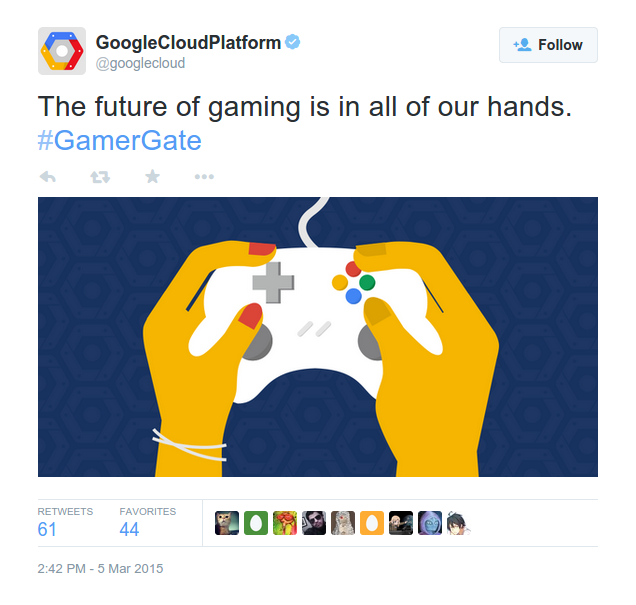 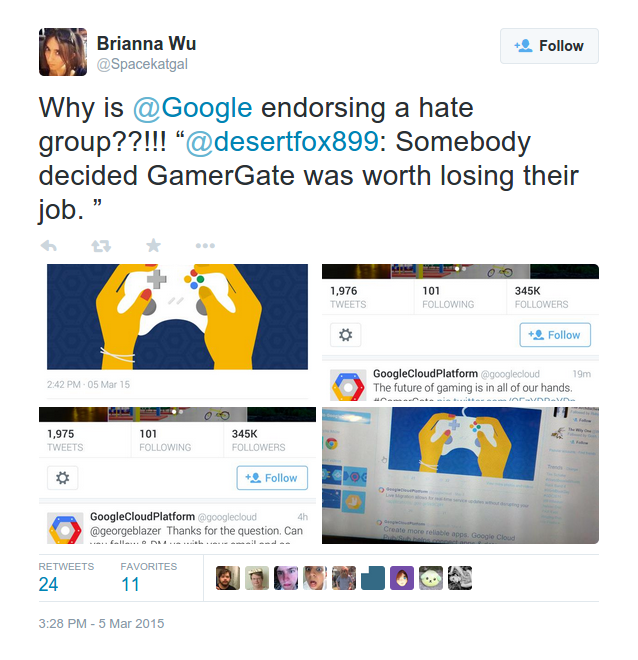 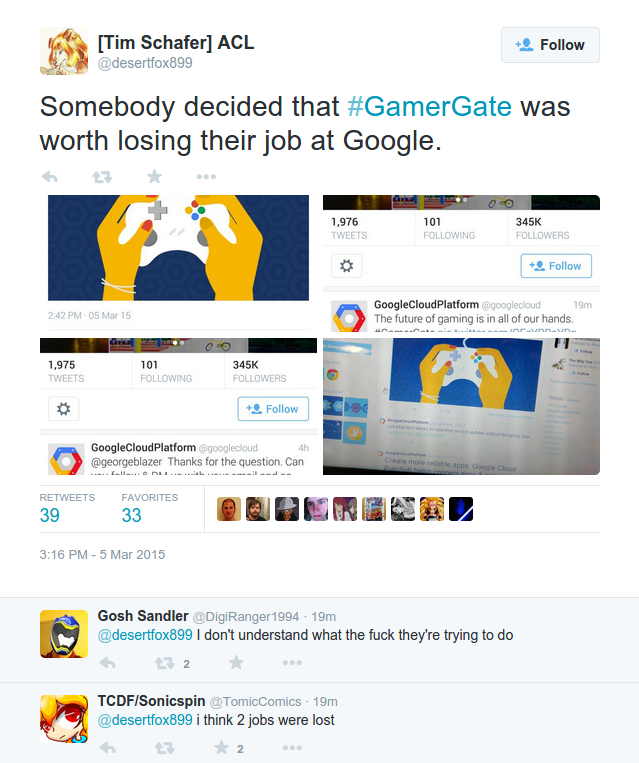 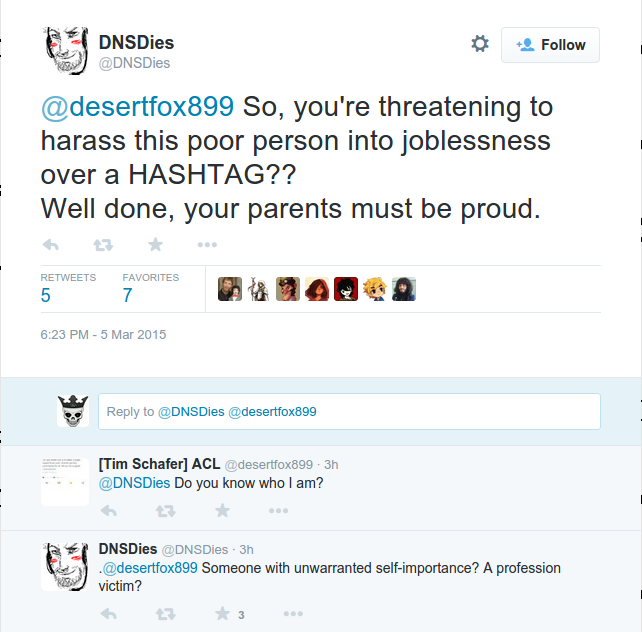 .@googlecloud Show me where #GamerGate has ever NOT supported those things?

The antis are busy treating this as some sort of victory. Google tweets out a positive message about gaming, and they shit all over it, lie about GamerGate again, and then try to get someone fired. It’s the same playbook over and over. I was disappointed to see Google back down like that, but I’m still glad this happened. We know we have some real support there now, even if they were browbeaten into deleting the post. Plus, it shows how sickening the SJWs are. Once again, they flip their shit over a pro-gamer message. It’s old hat at this point.

If you have any more screens, but ’em down below. I’ll update this post later with more tweets and commentary.

UPDATE: Here’s a nice graphic made by @TheGatorGamer. More updates on this to follow… 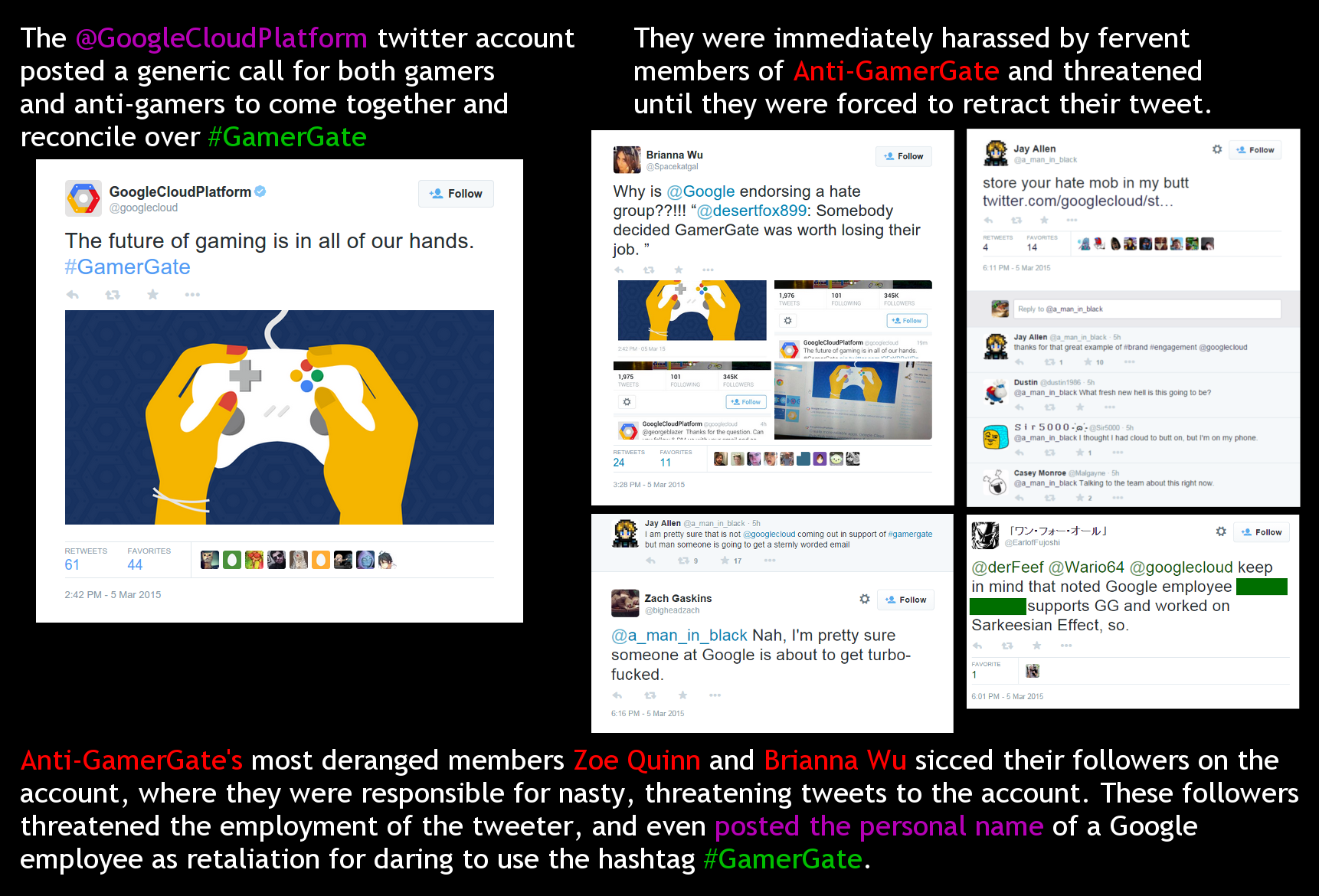