SJWs Try to Inflict Their Sick Ideology Onto Children’s Programming

EDITOR’S NOTE: Candy Jam is a cool person I’ve met who is plugged into the convention scene, as well as various fandoms. Some of you may be interested in that stuff, so I figured I would let her write a little about these topics occasionally. She’s going to the Boston Comic Con later this summer, so I’ll probably have her talk about that as well. If you don’t care about this stuff, that’s cool. I’m trying to add some new voices and topics to the site, though, and this is an attempt at that.

Harper and her goon squad aren’t the first to go after the big names that dare to disagree with them. This was shown in the recent blow out on Sansa’s (NOT IN THE BOOKS!!!!) off-screen rape. But what’s often under the surface or ignored is the ‘holy and sacred’ children’s shows. Where much of the underhanded bully tactics are varying and often out in open under the guise ‘For teh children!’
A known example is the mad rush to get any form of male influence out of My Little Pony. MisterMetokur (as IA) covered the drama queen known as April Davis and her long gone Molestia Tumblr in the Hugbox Chronicles. Though Appendicitis Pony went on to wreak havoc in the fandom, even after her 15 minutes of fame. One well known incident is the Michael Morones suicide attempt, where an 11 year old boy bullied nonstop for his enjoyment of the show was sneered at by Davis and her cronies.

You can read about that here:

Another incident is the ‘deportation’ fiasco in which Davis sent her fans to harass a woman who had the gall to point out her suicide story didn’t jive with the state she was located in. They in turn attempted to have the woman’s legal husband deported.

These attacks in the MLP “ew neckbeards” circle are nothing new. Last year’s BABSCon incident was an old echo of the current media ‘rape’ stories. A Tumblrina ran home from the con to write a long story about how the evil con let TEH NECKBEARD near a child. Also, there was nasty art and body pillows!!

Of course the moment that tale was taken under a microscope the op panicked, abandoning her blog. But as the tale went she was a SACanime member at the booth. Inquires to the head of that con went south fast. None of the staff present felt the need to alert the con authorities at the time, despite backing the Tumblrina claim. This resulted in SACanime’s banning from promoting and selling tickets at BABSCon. Lying will actually get you in trouble in the con world apparently. Colleges could take note of that. Guests at the con also weighed in, calling bullshit, especially as the very public removal of an e fame brony was spread everywhere prior.

Apparently the mother of said child got involved and claimed her daughter ‘exaggerates’ things. Though why an entire family with ailing issues doesn’t have a backup plan for kids is beyond me. Horse news covered the entire fiasco:

Though more recently is the Steven Universe ONLY FOR TRANS, WOMEN, ACTUALLY JUST FOR WOMEN PREFERABLY ON TUMBLR blow out. Among other things, they ran a writer of the show off the site. Ya know, for an episode he had no part in writing on (it’s about whether or not an alien eats food or not): 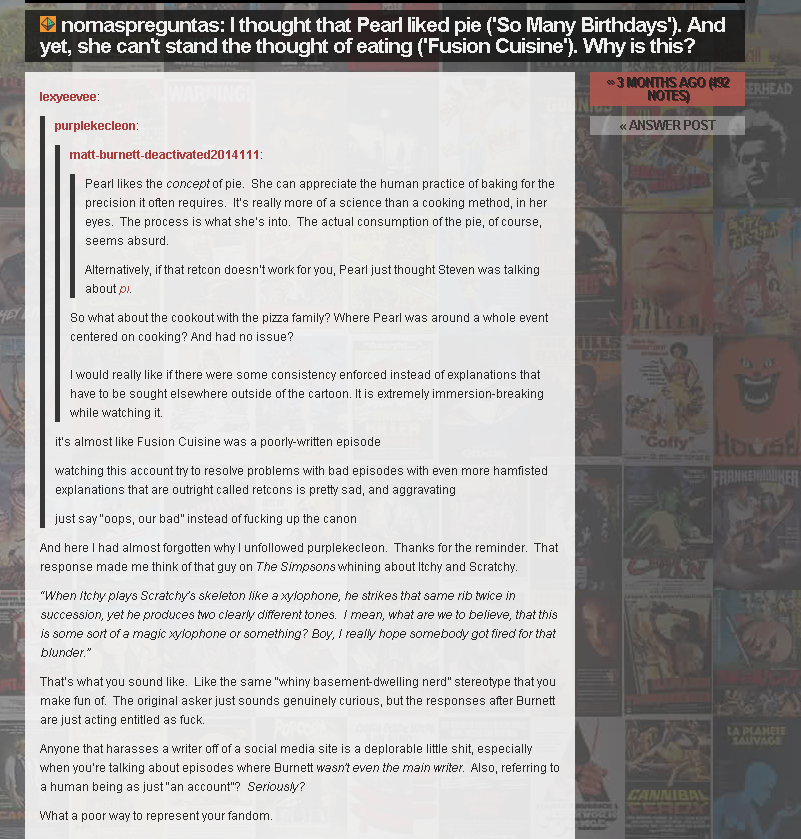 Stay classy Tumblr. Oh, and the hilarious battle cry of Messing With The Wrong Fandom. The SU’s fan base consists of  mainly screeching heavy feminists. Most are content to just bitch about the Crystal Gems being ‘identified’ with females, or screaming the show gets them, you know, despite the main character being a young boy. They’re stupid enough to take the following image seriously. 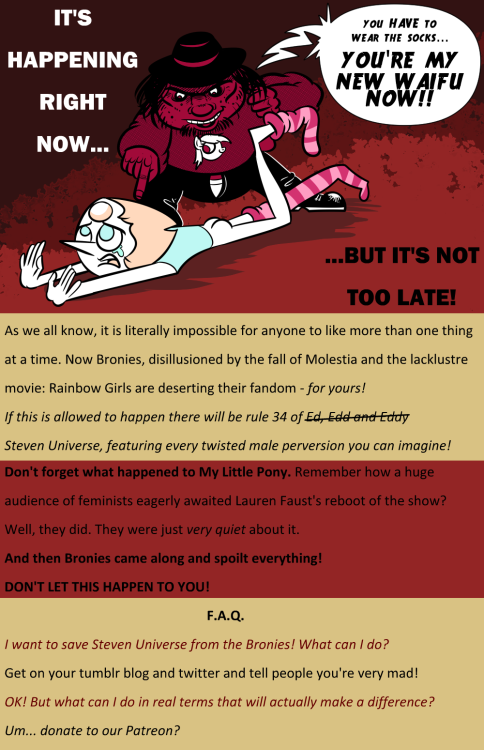 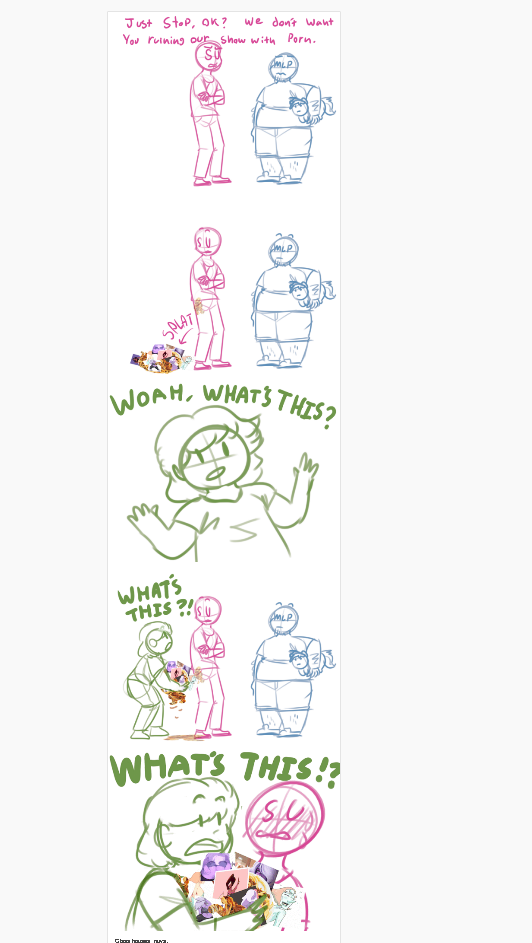 The gist is covered here:

But what else could you expect of ‘fans’ who post with a straight face the following. 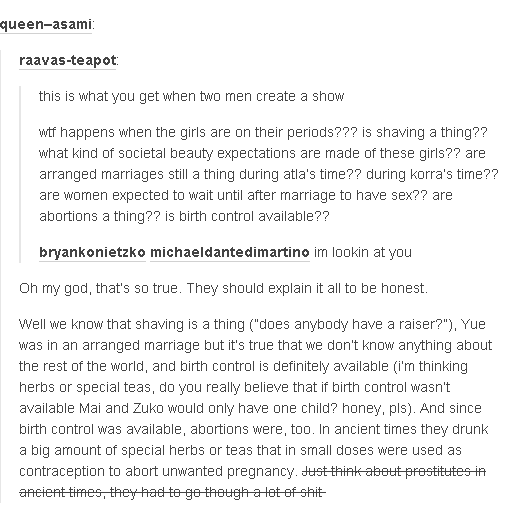 If it’s a children’s show Feminists and SJW  will screech it’s only in protection of kids. What they really want to do, is use these shows as their own political mouthpieces. After all ponies would totally say “I hate boys”  and “Cis scum” with flower crowns on. Nearly all current kid’s shows have been affected by this insufferable bullshit, and it needs to end.