As I said last night, I was on the road most of the day yesterday. So, I didn’t catch every piece of news. One of the things I missed, was Jim Sterling starting up a Patreon. I wouldn’t have thought this would be a very big deal, originally. But his enormous success has bought him some haters, and they aren’t shy about reminding Jim of his past foibles. As you will see, the SJWs never truly forgive.

Those of us in GamerGate have tried to tell Sterling this ourselves. It isn’t enough that he’s fully prostrated himself in front of the altar of radical feminism. These ideologues want complete subservience. 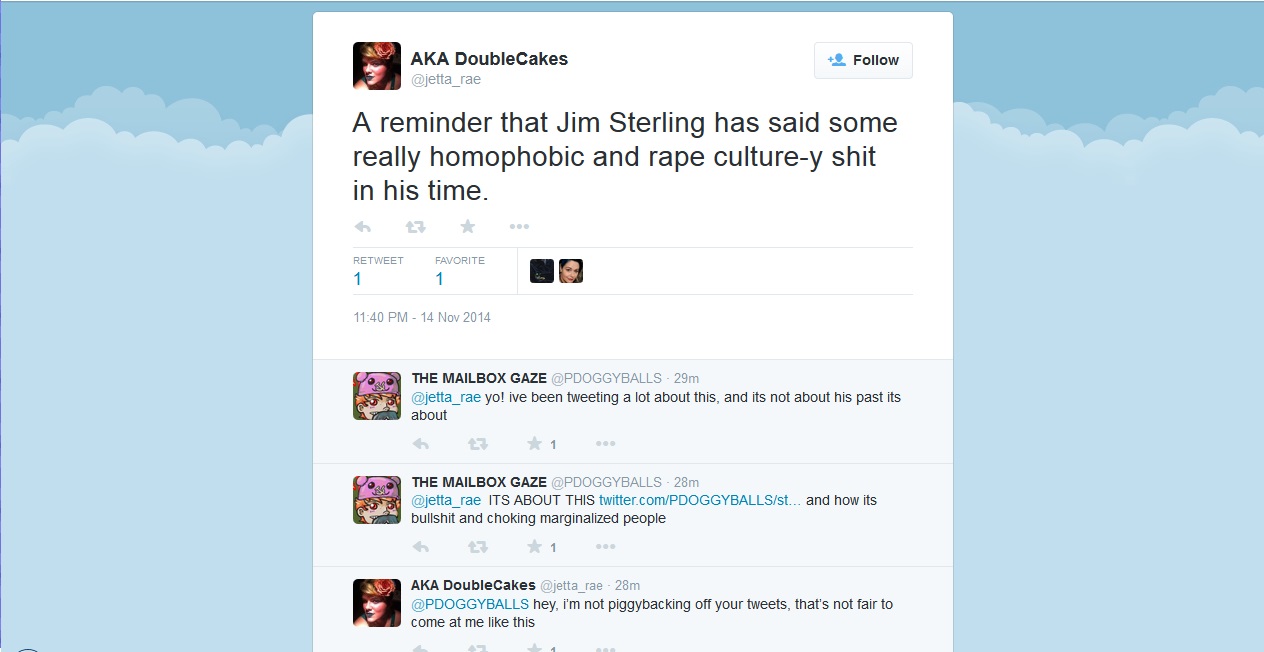 So, they bring up old shit and try to discredit him. Keep in mind, these are people that are supposedly on the same side. Sterling has publicly supported Zoe Quinn and Leigh Alexander in the past, and has spoken in favor of much of their agenda (though not all). I’ve went after him myself, and he doubled down on SJW ideas in response. Still, he gets accosted by this modern day beggar squad: 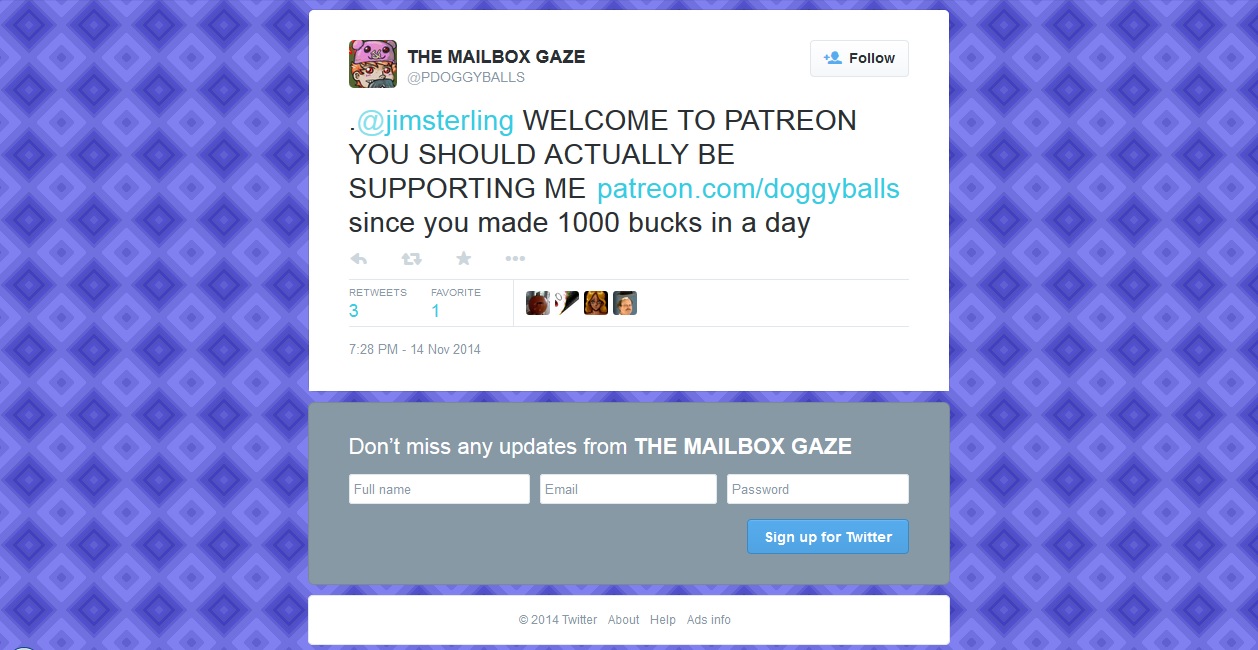 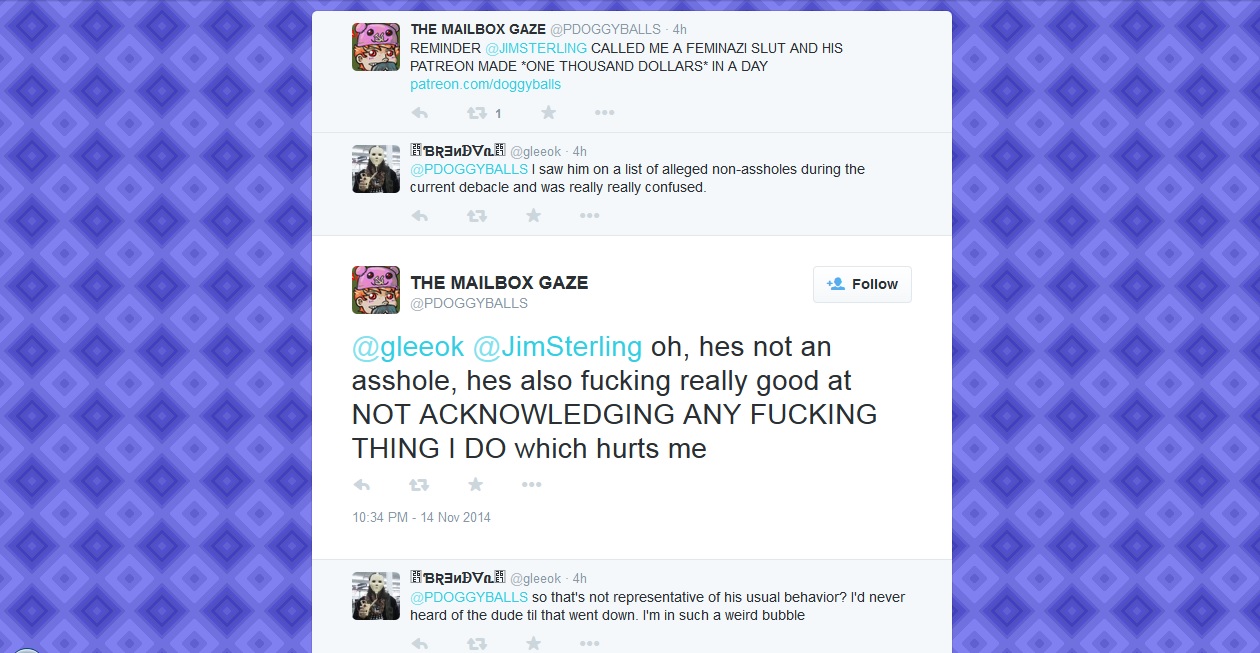 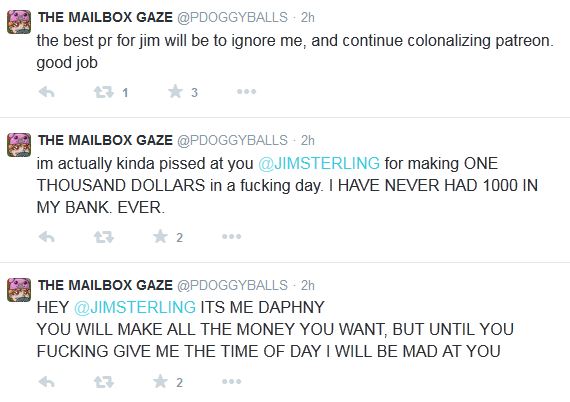 He’s apologized to this maniac in the past, but apparently, that’s not good enough. He also needs to give the loon money, in order to be fully absolved. And that’s what it always comes down to for these people: cold, hard, cash. I don’t defend Jim Sterling very often, but this person is an unhinged head case. The only way I would give this “safe space” expert any money, would be if it was earmarked for mental health assistance.

These two weren’t the only ones. Here’s a small sampling of the flack Jim has received. Most of it, is just good old fashioned jealousy: 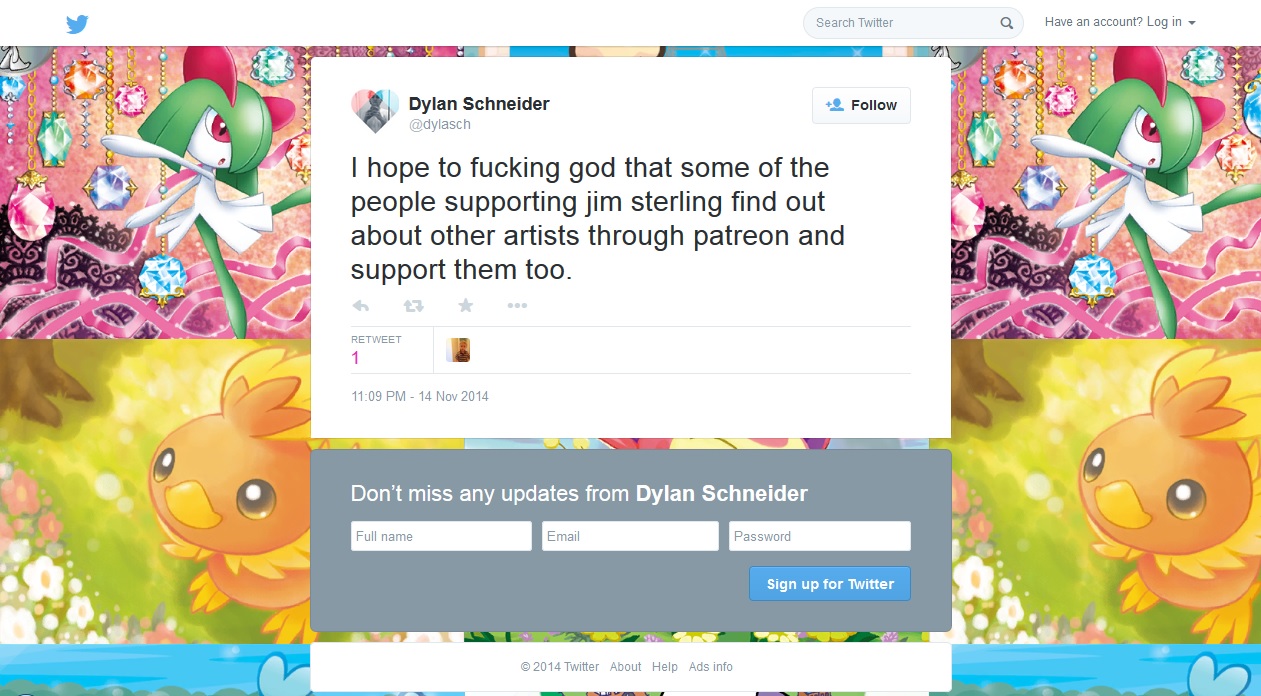 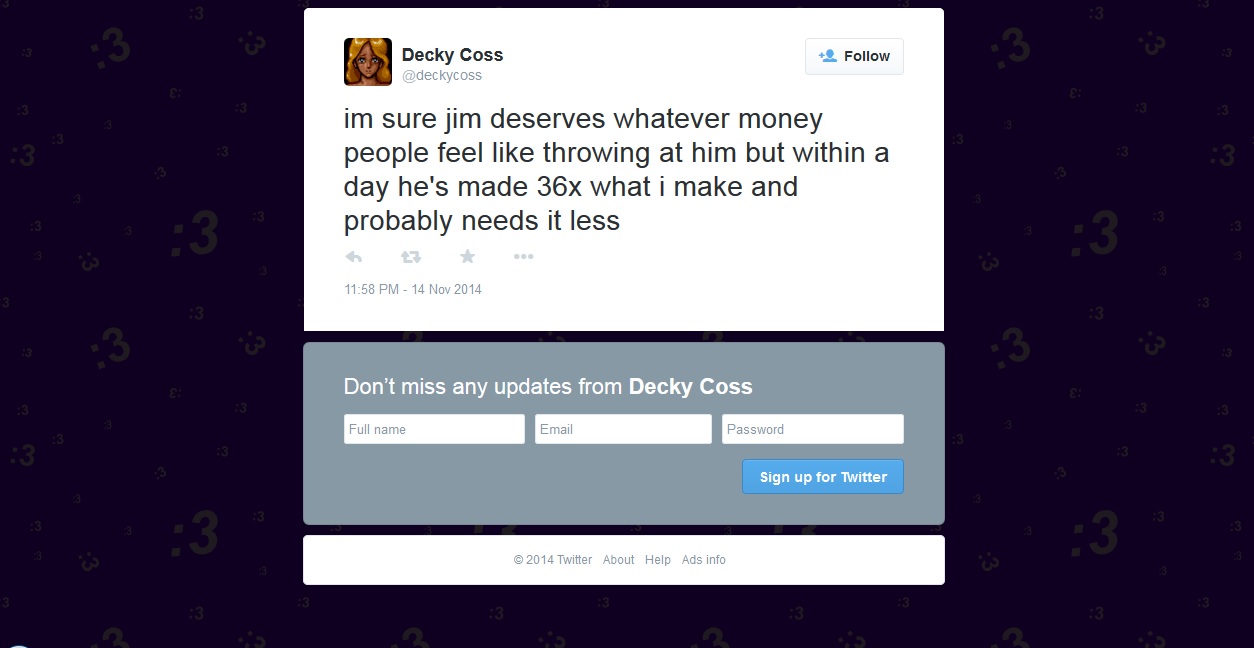 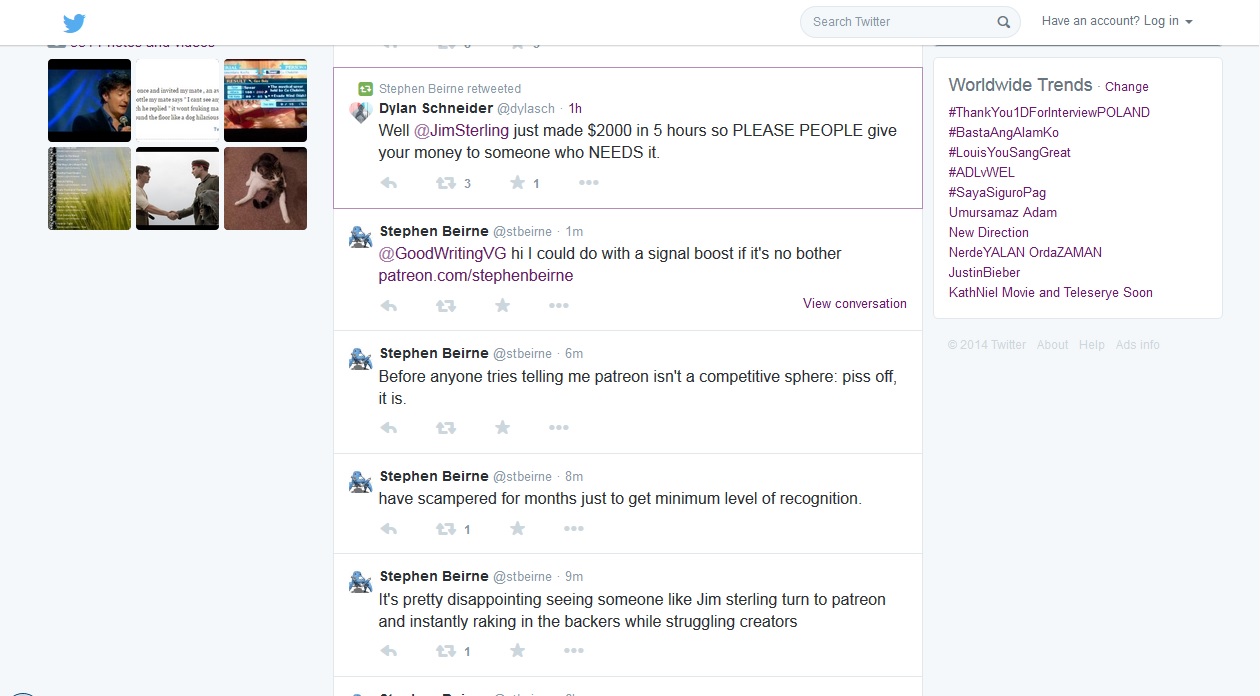 I could put up several other examples, but I think you get the picture by now. This is why playing this foolish game is worthless. Radical feminists are never going to like you if you’re a white male. You will always be deficient to them. Apologies buy you only temporary relief. They will come after you again when the mood strikes them. It doesn’t matter if you’re Jim Sterling, Max Temkin or Santa Claus. There is no honor among the SJW thieves.

Jimmy Boy, we tried to tell u that u can't please these people. They'll always hate you for what you did. #GamerGate pic.twitter.com/YYDaDb1R97