It’s been a long couple days for me personally, but I won’t get into that now. Instead, I think I need to lighten the mood a little bit. How about we examine a nutcase who claims to have whored herself out to the alt-right in order to go undercover and “expose” them? Oh, but she didn’t fuck anyone. Of course not. How dare anyone make the assumption that it went that far!

Once again, Jeff Holiday comes in to do some bootlicking…

Apparently, this woman has been doing this sort of thing for quite some time. Not only did she mess around with Cascadia, a Pacific Northwest secessionist organization, she was also allegedly responsible for doxing an alt-righter close to Richard Spencer back in the fall.

An alt-right podcast from last month alleges that a woman going by “Karma” has for several years been gaining the trust of single men in the “alt-right” movement and then exposing their personal information online. The website Restoring the Honor, which independently published many of the same materials we were sent, also cites a “Karma Reynoldson” as the source, and tweets made by user @KarmaReynoldson are the first public online source for these images.

Ms. Reynoldson certainly has an interesting internet footprint. I can’t imagine why anyone would theorize that perhaps she was just looking for a way to whitewash her alleged penchant for alt-right reaming. 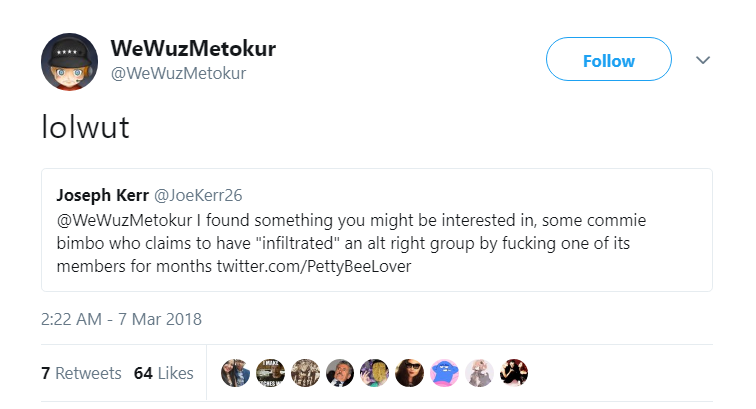 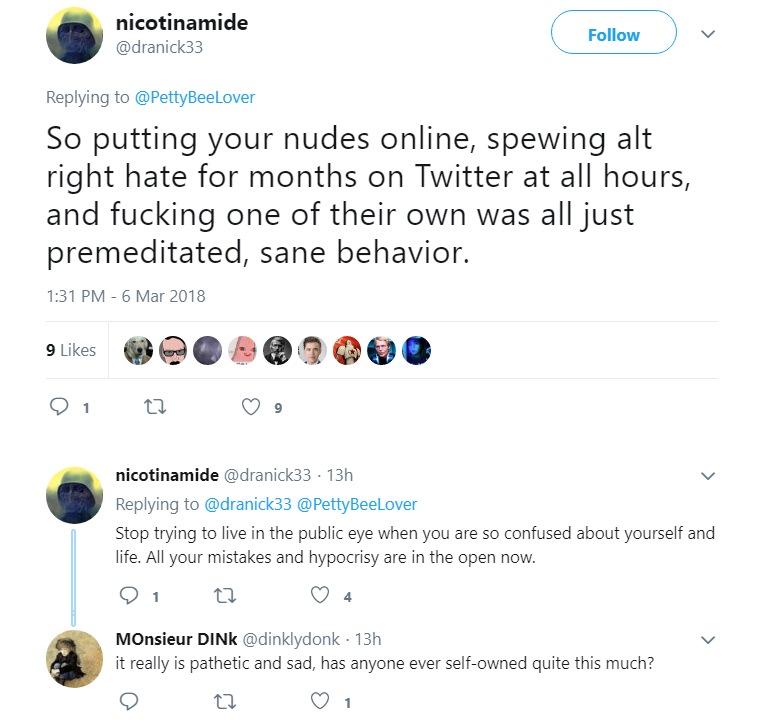 Speaking of her internet footprint, here’s the look she took on back when she was supposedly attempting to “infiltrate” the alt-right:

I don’t know how much cock she took during this mission, but I guess the anti-fascist mindset makes all the possible gobbling worth it. I’ll update this post if I see anything else noteworthy, but I mostly just wanted to laugh at this self-owner.