I was working on the recap article from the stories I missed last week when I was alerted to some more breaking news about Sarah Nyberg (srhbutts). There’s more logs, and it isn’t pretty. These are the same ones that I was given the other day, I just wasn’t able to go through them. I figured they would come out soon anyway, and I was right. So, I’ll recap them all here for my loyal readers, and then get back to the recap. Be prepared, it’s another nasty ride.

The highlights section from the 8chan thread gives you a pretty good idea of where we’re headed:

Butts had an unhealthy obsession with her 8-year-old cousin Dana. Apparently, she was turned on by her (ugh):

Talks about getting her computer seized by the cops (!!): 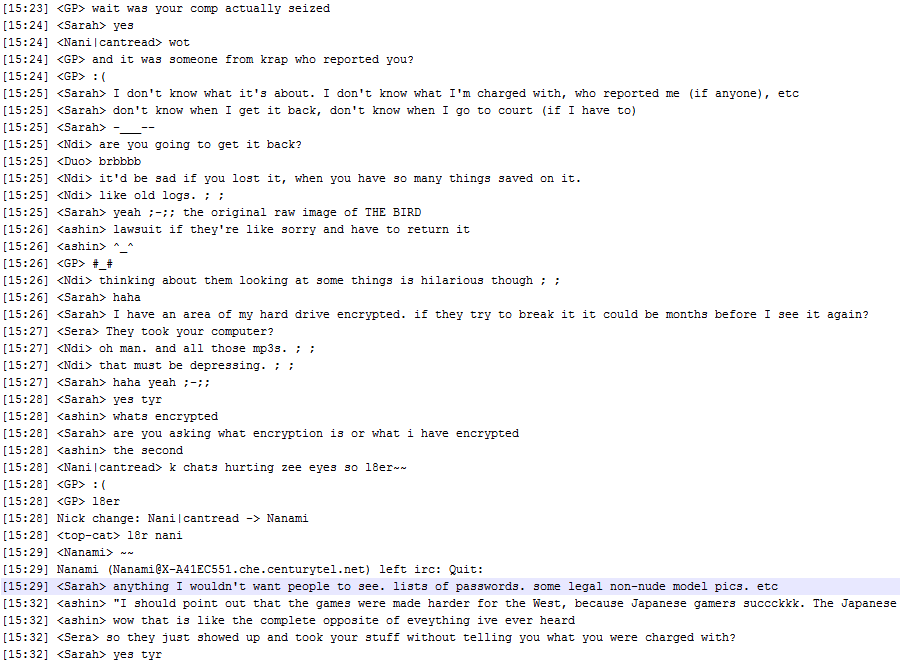 (This is the same type of material she’s tried to get 8chan shutdown for. Time and time again she’s railed about this. Just example #6,783 of SJW hypocrisy that I’ve documented here on the site.)

More on Nyberg’s cousin. She only “want[s] to kiss her.” Butts, you sick bastard: 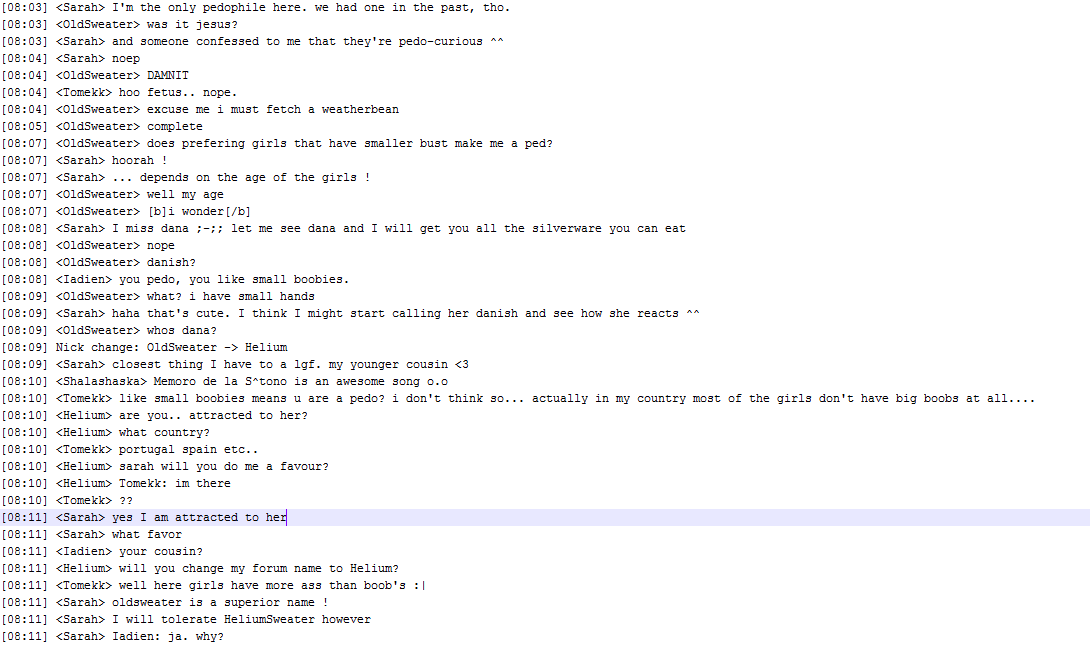 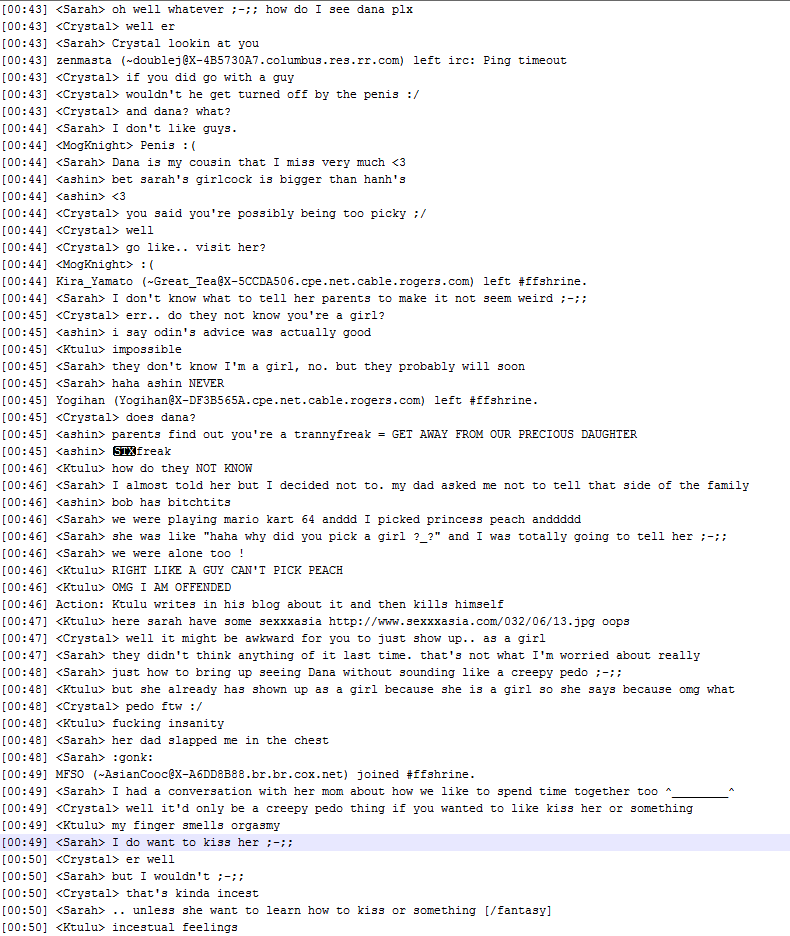 Here’s Sarah confirming her screen name from a previous leak:

Her lawyers told her to shut the fuck up (like any lawyer would):

But she’s always got love for the dogs, doesn’t she? 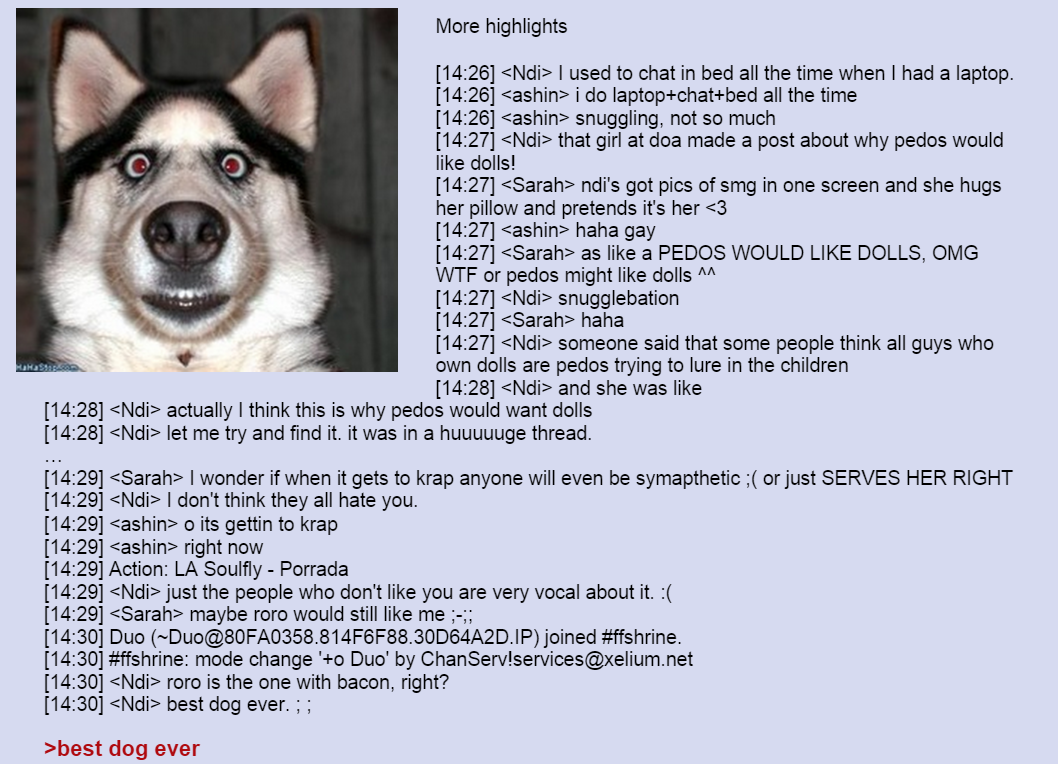 I don’t know what to say, at this point. Somehow Srhbutts, Nyberg, Sarah..whatever you want to call the creep…will continue to get support from the morally bankrupt SJWs. This is not a fake, though. All these logs came from her own site, and are still up as of now. You can also find them in the 8chan thread I capped above (it seems to have been nuked now, sorry). I should have went through them myself, but congrats on the brave souls who did. I know it couldn’t have been easy to read through.

I’ll be back within an hour with the recap, then it’s on to more of today’s stories.