Matt Furie, the creator of Pepe the Frog, has filed a federal lawsuit against InfoWars over their use of Pepe in a poster they sold in their webstore. Apparently, the news came out yesterday, but this is the first I’ve heard of it. For reference, here’s the poster in question: 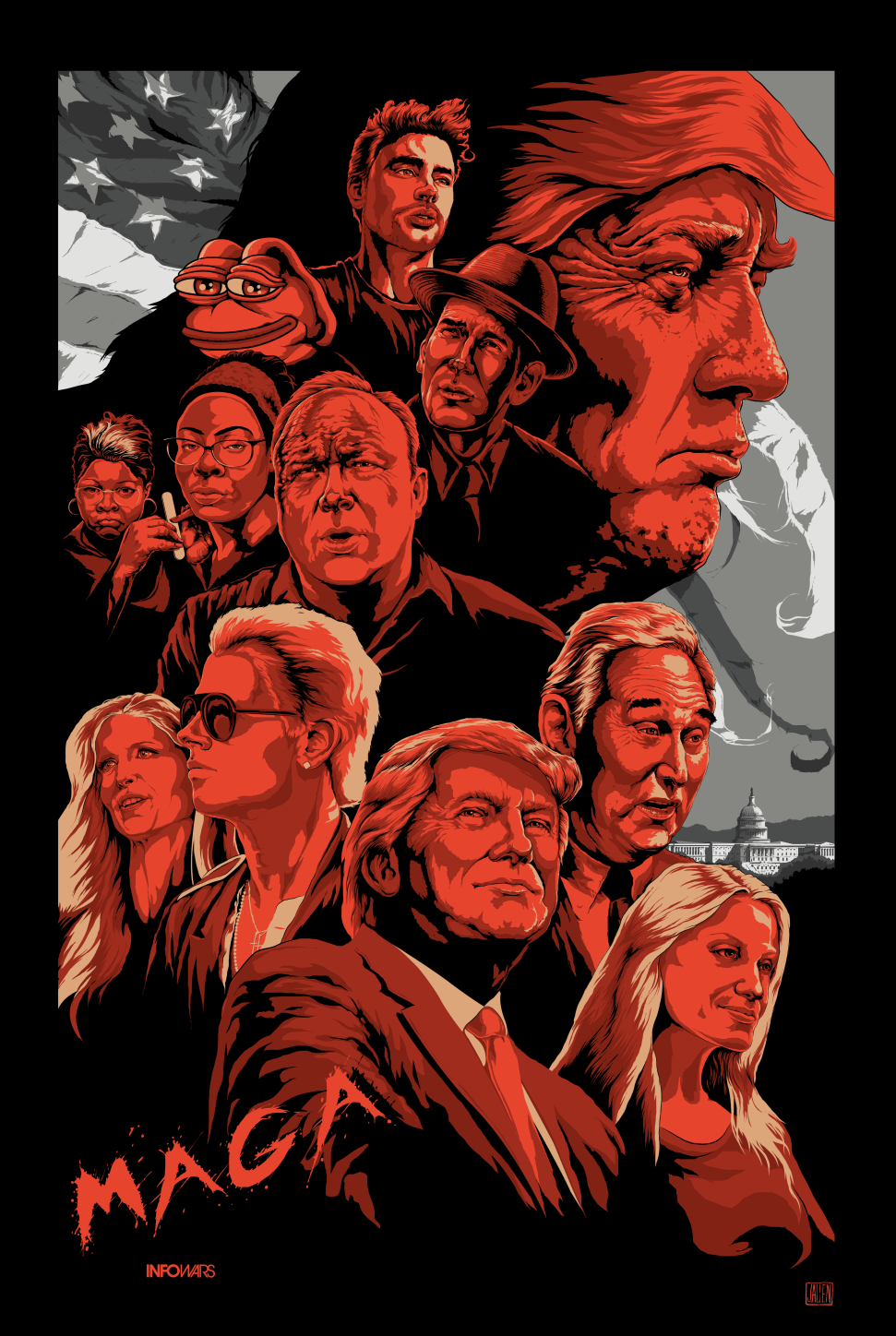 According to Furie, the same guy who actually “killed off” Pepe last year, this is a violation of copyright law…

The legal campaign to take Pepe the Frog back from the alt-right is now in California federal court as artist Matt Furie has filed a copyright lawsuit against InfoWars.

Furie says he created Pepe as a “peaceful frog-dude” at the beginning of the century with the catchphrase, “Feels good man.” His anthropomorphic creation then became a meme on the internet and was tweeted by Katy Perry, Nicki Minaj, and Buzzfeed.

“But beginning in 2015, various fringe groups connected with the alt-right attempted to coopt Pepe by mixing images of Pepe with images of hate, including white supremacist language and symbols, Nazi symbols, and other offensive imagery,” states the complaint lodged in court on Monday. “Furie has worked hard to counteract that negative image of Pepe, including collaborating with the Anti-Defamation League on the #SavePepe campaign to restore Pepe as a character representing peace, togetherness, and fun.”

This guy is a classic example of soy overload. First off, I would argue that the poster above is covered under fair use. And apparently, InfoWars agrees, since it’s still for sale over at their site. Also, this dude is really butthurt over Pepe turning into a meme that he can’t fully control. I can understand his frustration on some level, but his best course of action would be to either ignore it, or else cash in with his own takes on Pepe. But no. He’d rather file lawsuits and do stupid stunts like “killing” Pepe. Oh, and one of the considerations for a copyright case is “the effect of the use on the potential market.” So, what effect on Pepe can there really be when the guy got rid of the character? Didn’t he just basically sabotage his whole case with that?

I certainly hope so. You can read the full complaint here.