I sent out a tweet earlier about going to sleep for a couple hours. I was slightly mistaken with that calculation, as it ended up being a seven hour slumber. Thankfully, I didn’t have any nightmares about the Wu family, but I did get a very disturbing message when I woke up. It was about Laurelai Bailey (the recent subject of fake suicide allegations), and some serious charges leveled against her on Reddit. I wasn’t all that familiar with her myself, but I did remember this factoid: 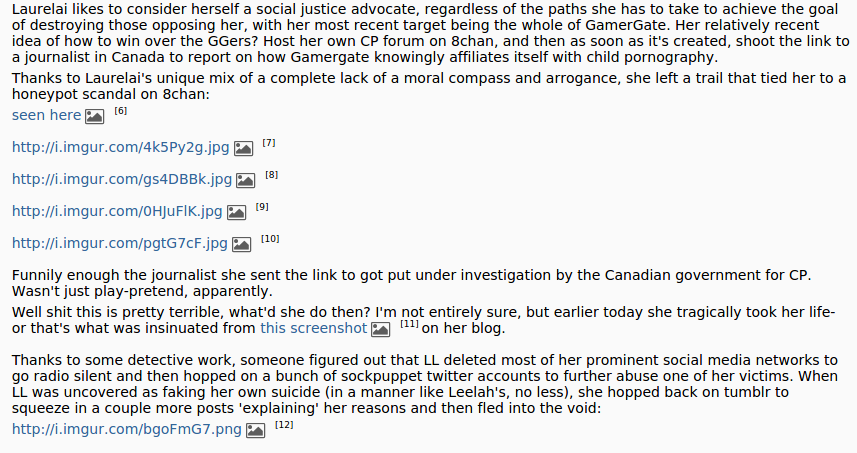 Today, the claims got put into the spotlight once again. In a post that has since been deleted from Reddit, she’s accused of a heinous rape. She then allegedly ostracized the alleged victim, inflicting further psychological abuse. I warn you, the account is quite graphic in nature: 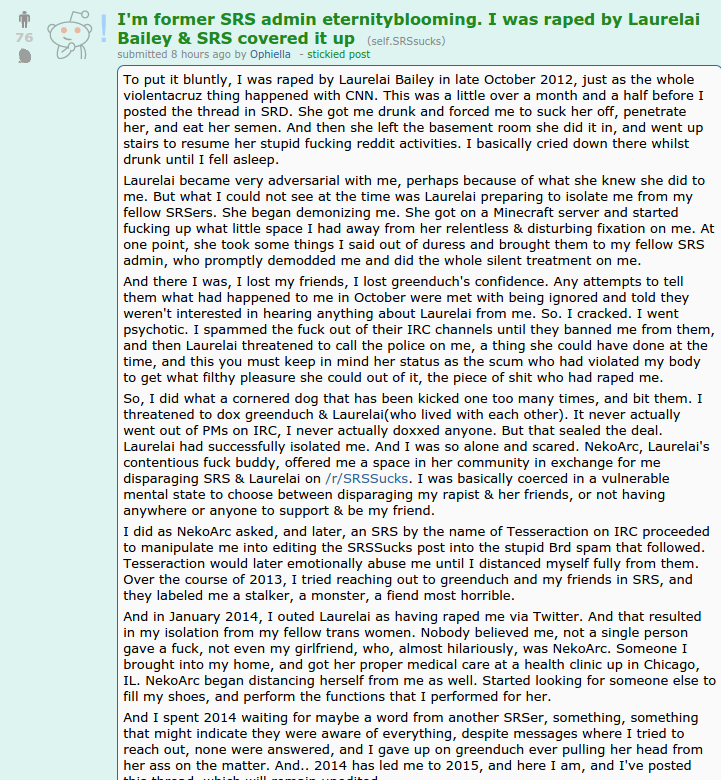 I can’t tell you whether these allegations are true or not, but I thought that they deserved a platform, especially after the thread was deleted. Fuck censorship. Again, I’m simply reprinting these, and letting you readers be the judge. I will say that the ShitRedditSays subreddit is one of the most hostile and poisonous places that I have ever witnessed in my twenty years using the Internet. I wouldn’t be too surprised what was revealed about that cesspool.