If you’ve been consuming any media from the mainstream outlets over the last couple weeks, then there’s zero doubt that you’ve been exposed to the Parkland puppet brigade. Emma González, Cameron Kasky, David Hogg, Sarah Chadwick and friends have been all over the place pushing their anti-gun agenda. Which is fine, by the way. I have no issue with them deciding to become activists. What I do take issue with is the way the media basically ignores the other students who went to Stoneman Douglas High School, the ones who have different views.

The student I wanted to highlight this evening is Aidan Minoff. You did seen some of his earlier tweets featured in various stories, to be fair. Stuff like this…

But once it became clear that this kid has his own way of thinking, things went quiet. Tweets like these won’t be featured on CNN. I wonder why?

s/b To Deflect and Swerve

You definitely won’t see this one, either. I only have it in screenshot form. I can’t find an archive of it, which is unfortunate, since it’s the best own of David Hogg I’ve ever seen. 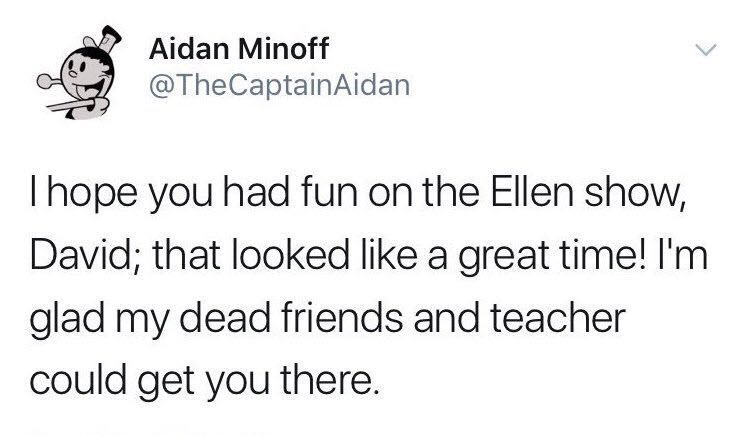 Wew, that one had some heat on it. I’m sorry that he deleted it, although I can certainly understand the reasoning. He might want to keep his full power level under wraps.

I’ll keep waiting to see if Twitter actually does the right thing and verifies him. Mr. Minoff had an idea about how he might grease the wheels a little bit and get that done. 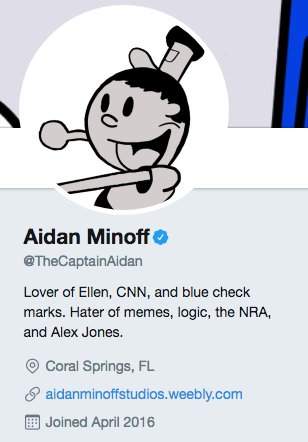 This kid is golden. If the mainstream media won’t talk about the critiques he’s making, then maybe some alternative media can get him on their shows. I’d love to hear from him in a longer format. 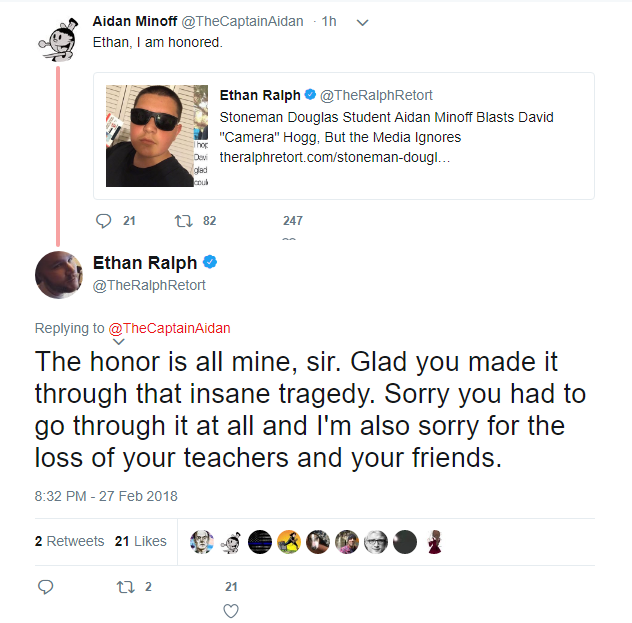 Oh, and another student chimed in as well…

I strongly agree that basically everyone else at our school has been ignored. They say they speak for everyone, which is not the case.