I’m probably about to go see a movie, but before I do, let me tell you a little story about one of the recent SJW clowns that’s popped up on the anti-GamerGate side. He goes by the name of @stonemirror (real name:  David “Lefty” Schlesinger) on Twitter. As it turns out, this asshole has been around a long while spewing radical feminist bullshit. But not only that, he’s been accused of using this sort of thing simply to gain an advantage in the open source community, which I admittedly don’t know very much about (sorry lol). Thankfully, I’ve been able to piece together enough to tell you the tale through blogs and a message-board exchanges. Also, this guy has some others who have accused him of harassment, stalking, etc. In short, he fits in quite well with our other detractors!

First off Richard Stallman (here’s an article from him about GNU/Linux) is the guy behind the GNU Project, and a huge proponent of free software. In fact, he founded the Free Software Foundation. If you want to read a humorous take on Stallman’s work, head to Encyclopedia Dramatica. Anyway, he made a joke about deflowering virgins in relation to some software, and people took offense. One of these people, was Schlesinger. But, some questioned his motives, as his positions within the free software community had previously put him at odds with Stallman. In other words, many seemed to think that he was milking this situation for his own advantage. One of those people was Stallman himself:

"a troll-like enemy of the free software movement." 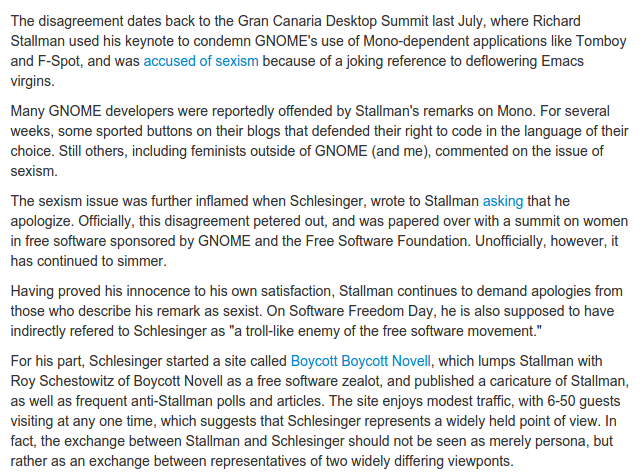 He also got shit on by Bruce Perens, another leader in the free software movement:

I censored Lefty’s name there, just in case Twitter tried to say I was doxing him. He’s well know, and uses “stonemirror” as his Facebook page handle as well. So, he’s not hiding his identity at all: 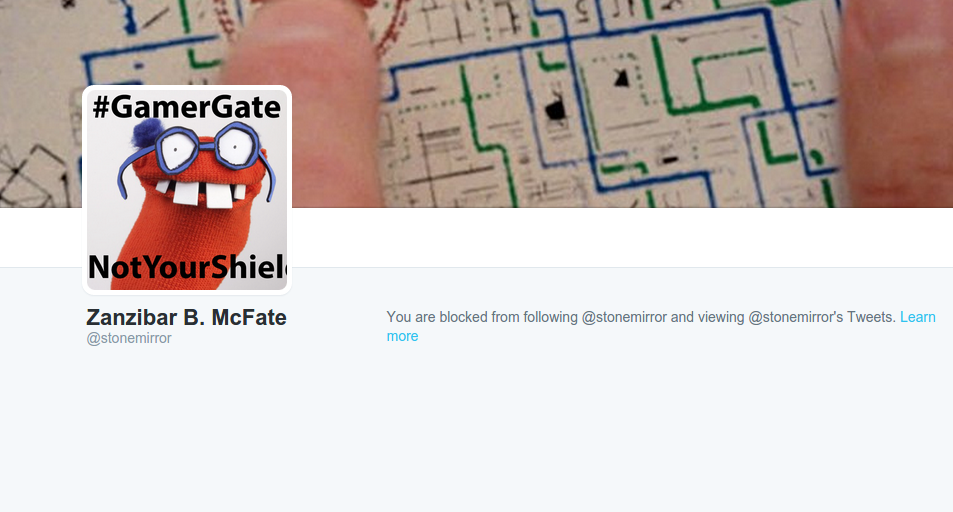 There’s also some more interesting stories about this guy’s alleged harassment. I can’t tell you the truth of the matter, but they are certainly starting to pile up, aren’t they (all the spelling is their’s, not mine)?

David “Lefty” Schlesinger aka ‘stonemirror the great and terrible’ (his own chosen appellation) has been behaving in a vicious and literally demented manner online and in person since at least 1996, when he began his long career of legal threats, threats of violence, defamatory websites and general stalking and abuse – began with the stalking of Kathy Sutphen, which is well documented. Lefty has also written hideously sexist articles for the notorious troll site ‘encyclopedia dramatica’, and this is documented as his work beyond any doubt…documented evidence, mainly from his own emails and blogs, of David Lefty Schlesinger (he is an ACCESS employee) and his long career of illegal and menacing threats, stalking, harassment and blackmail. 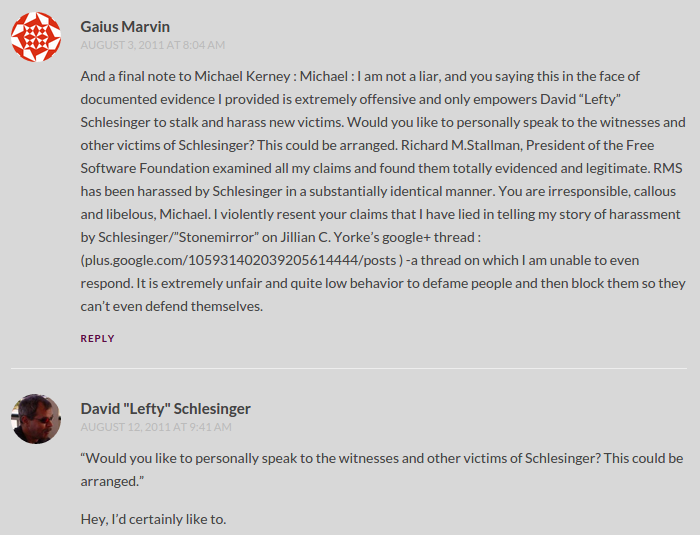 Here are a couple of sites that Mr. Schlesinger supposedly set up. The second one is an attack site on Stallman and others, but it seems to have turned into some kind of weird landing page with ads below. There is a section about this stuff at the top of the page, though. Also, some others have taken issue with his stance on feminism, thinking it less than sincere: 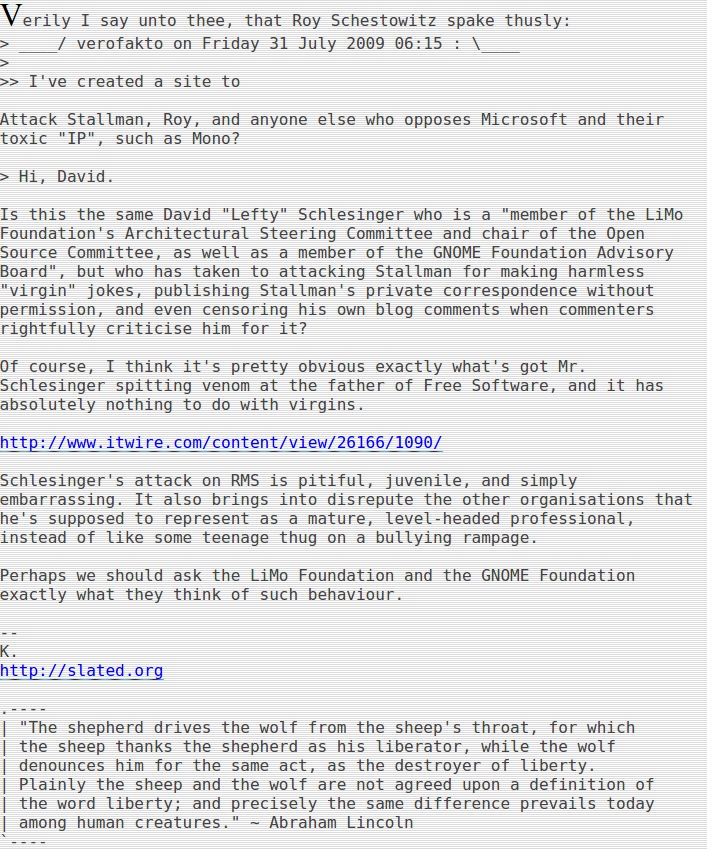 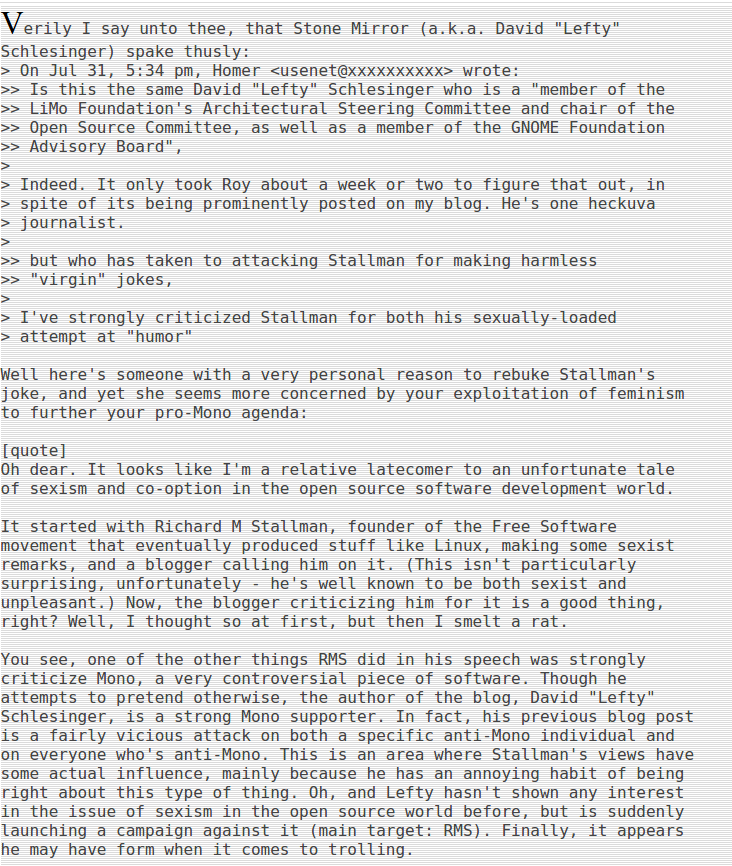 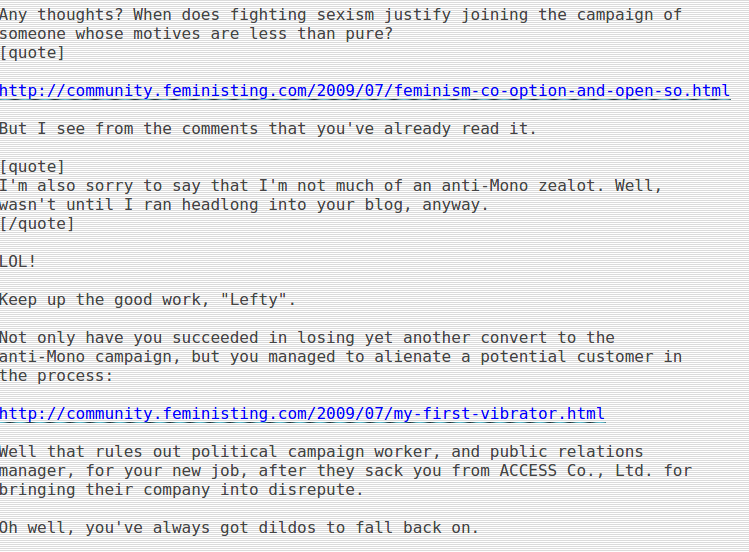 There’s just a whole lot of shady shit surrounding this person, David “Lefty” Schlesinger, a.k.a. “stonemirror.” I’ve been careful with my words, because according to at least one source, this is a person who might be prone to frivolous lawsuits. So I want to be clear that these are all allegations and he has the right to respond down in the comments, if he wants to. As for me, I’ll leave it for the readers to decide.

Check back later for an article about Shailene Woodley’s recent comments about not identifying as a feminist.