In a previous article I wrote for our beloved skull faced Southern statesman’s site I described how UK Students Unions and their governing body the National Union of Students, through the use of No Platform banhammers, are making leading figures in the left wing progressive movement and prominent public figures “UnPersons”. In doing this these shabby idealogues seek to tarnish said figures reputations by accusing them of racism or one or more ‘phobias’ in a manner which reminds the normal man and woman on the street of the slanderous tactics employed by lunatic authoritarian regimes like North Korea. Previous victims have included Wikileaks supremo and long term asylum refugee Julian Assange, prominent 2nd wave feminist campaigner Germaine Greer, leading British historian and broadcaster Dr. David Starkey, and of course our own beloved Emperor Nero.

Well, the august body that is the ever growing list of UnPerson legends can now include yet another famous figure and campaigner for freedom…. Gay rights activist and OutRage! founder Peter Tatchell.

For the benefit of all my American chums, let me explain who Peter is.

Peter Tatchell is one of the most prominent and long fighting campaigners for gay rights. He has been fighting for the past 50 years, and when I say fighting I do mean fighting. He has been physically attacked and beaten on so many occasions he has lost count, and at the hands of hired thugs employed by two bit dictators Vladimir Putin and Robert Mugabe was beaten so badly he suffered long term damage. He has been arrested 300 times in his campaigning career. The windows of his flat have been bricked so often he has a frequent flyer card with the local glazing company, and in gun free Britain has had someone take a pot shot at his front door. Peter has shed blood, sweat and tears in the fight for gay rights and has paid his dues time and time again, putting his personal safety at risk more often than a B movie stuntman. He has expanded his portfolio over time and transitioned from exclusively gay rights to the broader fight for human rights in general, and in particular free speech, free expression and free assembly. Whether you agree with Peter or not, you have to admit he is a trooper and deserves some respect.

But none of that is good enough for the modern SJW lunatics at the UKs National Union of Students (NUS). No…for the sin of signing an open letter published in the Observer, which decried the practice of No Platforming speakers following the banning of Germaine Greer, Peter has been in his own way made an UnPerson deemed unfit to take the stage at an event planned for tonight at Canterbury Christ Church University.

The event, at which he was to speak about the future for gay rights struggles, has been boycotted by the NUS representative, one Fran Cowling, the NUS’s “lesbian, gay, bisexual and transgender (LGBT) representative”. She refuses to take the stage with Peter, in effect blackmailing the organisers into choosing to allow Peter to speak, or instead ask him to step down while the useless silly cow gets a dissent free soapbox to preach from. Lets take a look at this jumped up little SocJus crybully shall we? 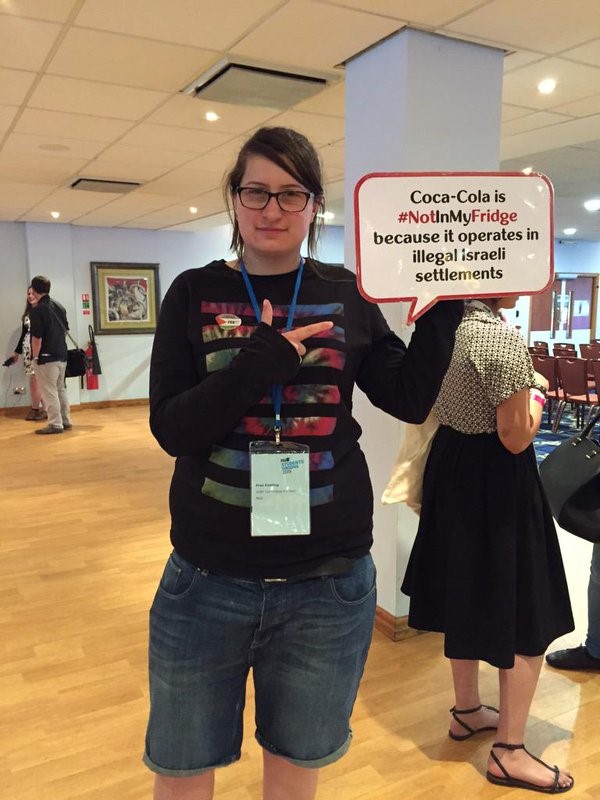 Yeah….seems the adage “A picture paints a thousand words” holds true. Funnily enough most of those thousand words that come to my mind involve expletives.

Not content with throwing her no doubt overstuffed teddy around, Ms. Cowling went full Kim Jong Il on old Peter, accusing him of … wait for it….. transphobia and racism. Yep, that’s right. Because Peter signed an open letter in support of free speech and condemning No Platforming he is obviously a total tranny hating racist bigot. What else is he Fran? A running dog lackey of the cowboy capitalist west perhaps?

I have been emailing Fran Cowling since 26 Jan, asking for her evidence & offering an amicable solution. She refused & blocked my emails.

Peter has spoken out against this insanity in his usual classy way: ““It’s always the same scenario. They make outrageous allegations against me and when asked to provide the evidence they refuse to do so,” Mr. Tatchell said, saying they included claims of misogyny, Islamophobia and anti-Semitism. “On not a single instance has any accuser been able to provide a shred of evidence,” he stressed.”

As to whether the organisers will take the right road and stand by Peter, or will cave in to the ridiculous crybully upstart and pander to her and her ilk has yet to be seen. Personally I hope they tell this jumped up lardass where to step the hell off, and replace her on stage with a bag of hot air with a frowny face scrawled on it.

Or maybe, as the hosts of the UK comedy show “Have I Got News For You” did when a famously overweight UK politician refused to appear on the show, just a literal Tub Of Lard. 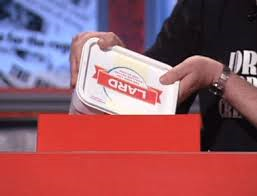 I will leave you with this idea for a variant of the DeadPool game: UnPerson Pool – pick five prominent public figures, and see how long it is before the Cult of SocJus deems them UnPersons.

George Clooney: Yeah, who cares about all that work in Darfur, he’s obviously a misogynistic prick who beats his girlfriends to a pulp.

Angelina Jolie: Obviously too beautiful and slim to be SocJus approved. Those kids she adopted from third world countries work in a back room sweat shop in her mansion. She’s a human trafficker.

Matt Damon: Did you see him in “Behind the Candelabra”? Obviously ripping on gay people. He’s a bigoted homophobic scumbag!

Spike Lee: Have you counted how many times he uses the n-word in every film. He is obviously a black hating racist bigot. And I hear he hates kittens.

Rev. Al Sharpton: Well he is a preacher after all, so he must be con man, and I bet he hates gays as well.