I sometimes go a little off topic in the intro, cause why not? It’s my site, right? Anyway, I had a nice evening with my co-editor over at the wrestling site, Kat. Sitting back and drinking while watching Archer (great season this year btw)…that was the agenda. Now that she’s asleep, I figured I would do a few news hits for the site. Well, at least this one. Possibly more, but we’ll see if I stay awake. I sometimes end up fucking around and falling asleep, unfortunately.

So, a few days ago, I was provided with a list of tweets that Brianna Wu had made pre-GamerGate. I haven’t been all the way through it, cause it’s long as hell. But here’s a few selections from what i have been through: 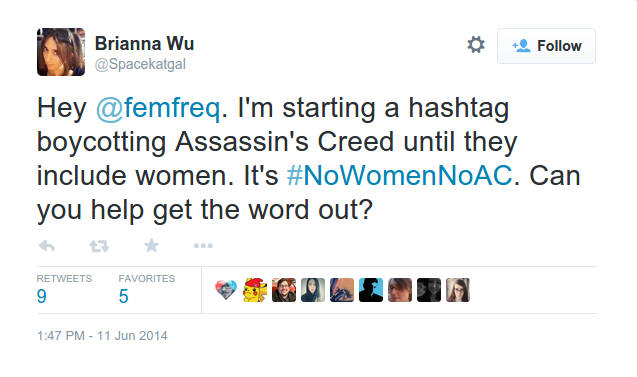 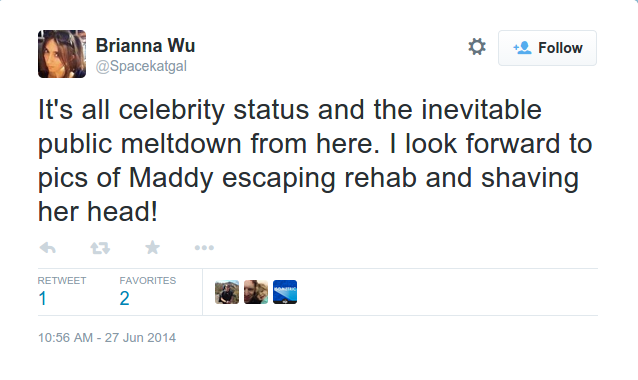 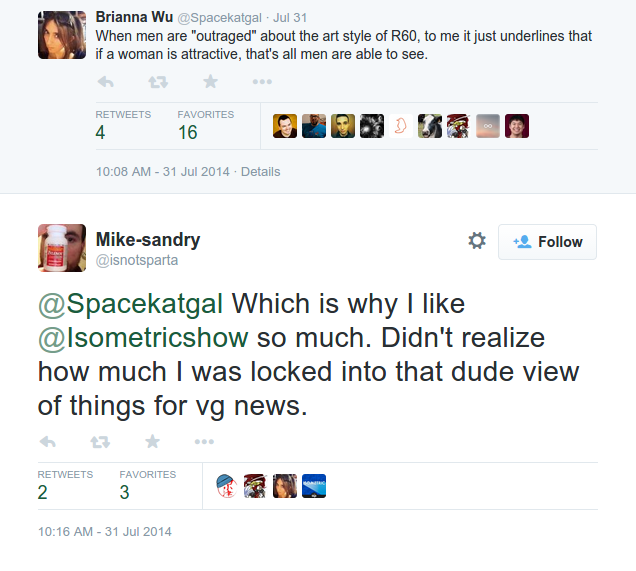 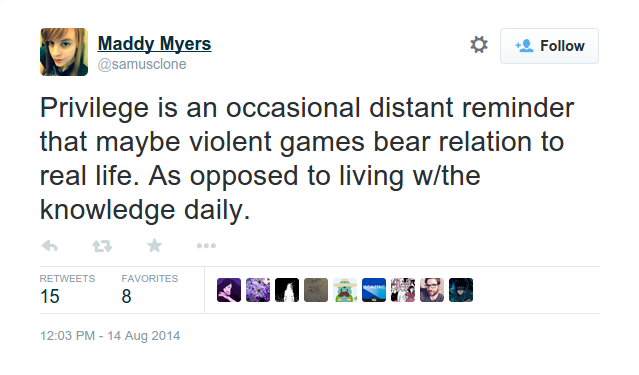 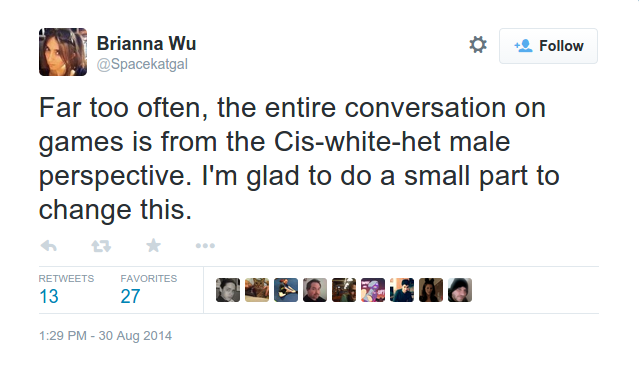 The funniest one of these tweets, is of course Wu begging Anita Sarkeesian to retweet her dumbass plan to boycott Assassin’s Creed: Unity. Even Anita knew that was a loser with one fucking glimpse. It’s hilarious to see Brianna working through what would become her GamerGate playbook, honing her victim-voice, and misrepresenting gaming. OK, that last part is not actually funny. It’s more like infuriating. And of course we have the radfem hater Maddy Myers there dragging up the rear. I have no idea what the fuck she’s babbling on about with privilege and violent video games, but there you have it. Make of the ramblings what you will.

I’m gonna comb through this list more thoroughly tomorrow and see if there’s enough for a part two on this story. If I only see one or two, I’ll probably just tweet them out. This is a good post to show people who think this all started with gamers. It’s just not the case. These professional agitators were trying to start fights with us long before we finally reacted to their aggression. Now, they want to blame us. It’s a lie, and it’s always been a lie.