I was just about to go join this gym, believe it or not. I’m still going to tonight, provided I finish this in time (fucking procrastination). It won’t take long. All we have to talk about is the tax delinquency of Sarah Nyberg. I was handed some info earlier tonight from @atlasnodded, and it confirms the rumor has been about her for awhile.

The pedolicious fucker not only hates laws against fucking children, but Nyberg is also against taxation as well. Maybe she’s a strict constructionist? Somehow I doubt that. Although, these are state tax leans, so I guess even that wouldn’t come into play.

Here’s the visual evidence. It seems this has been going on for quite some time: 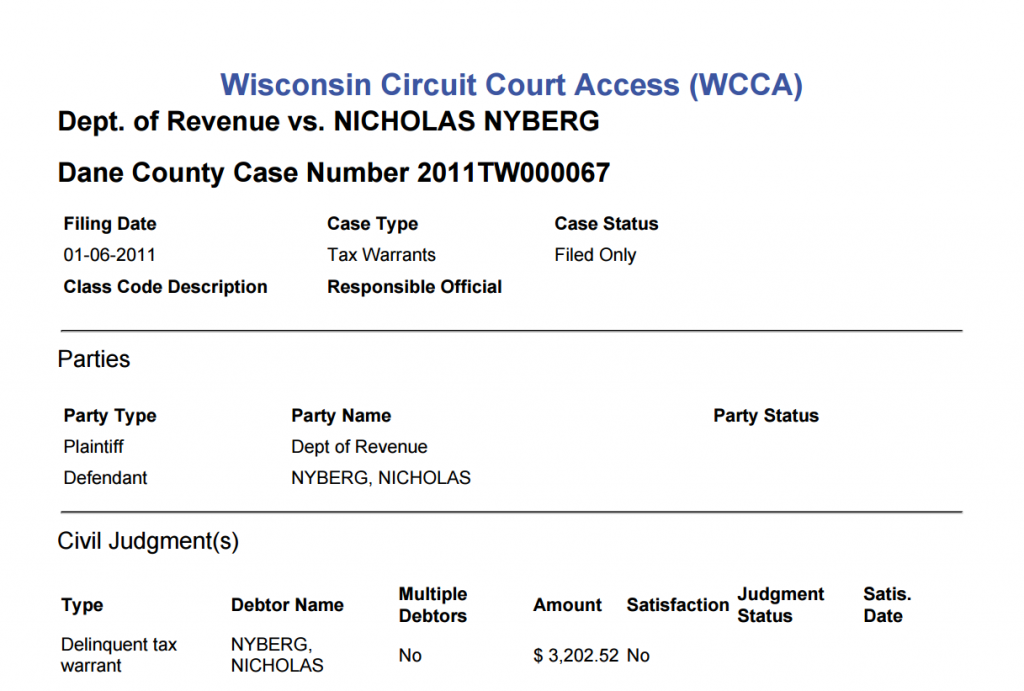 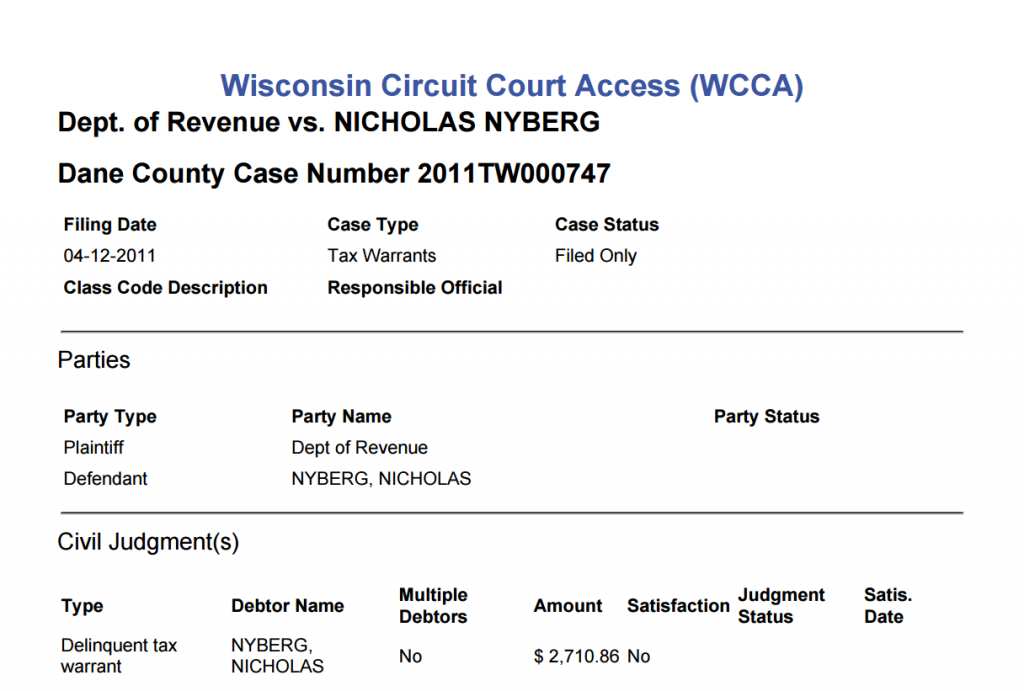 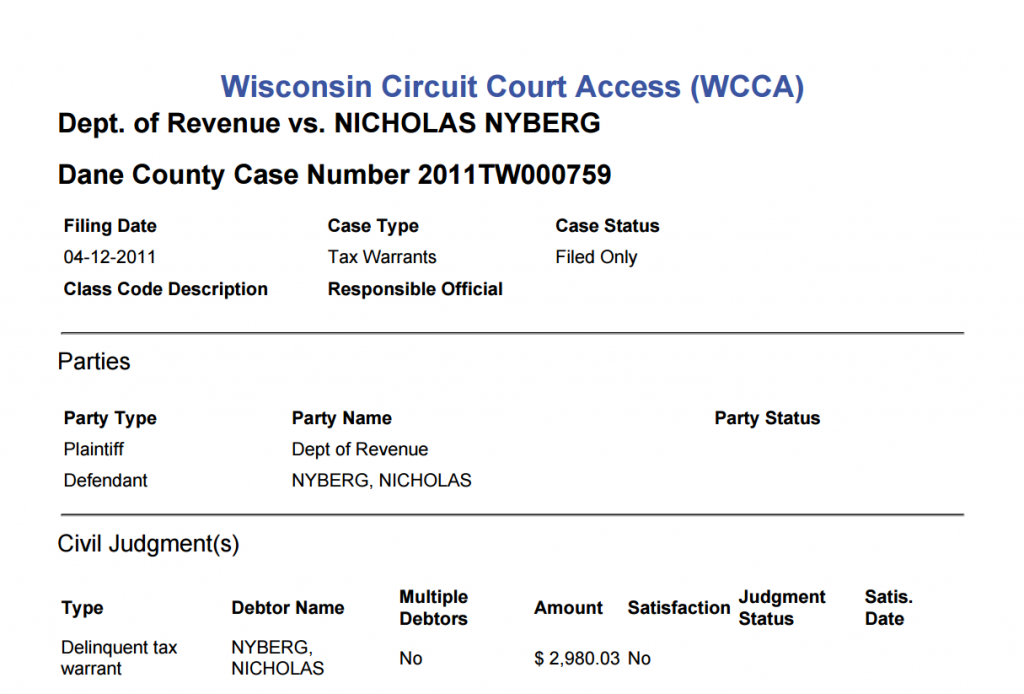 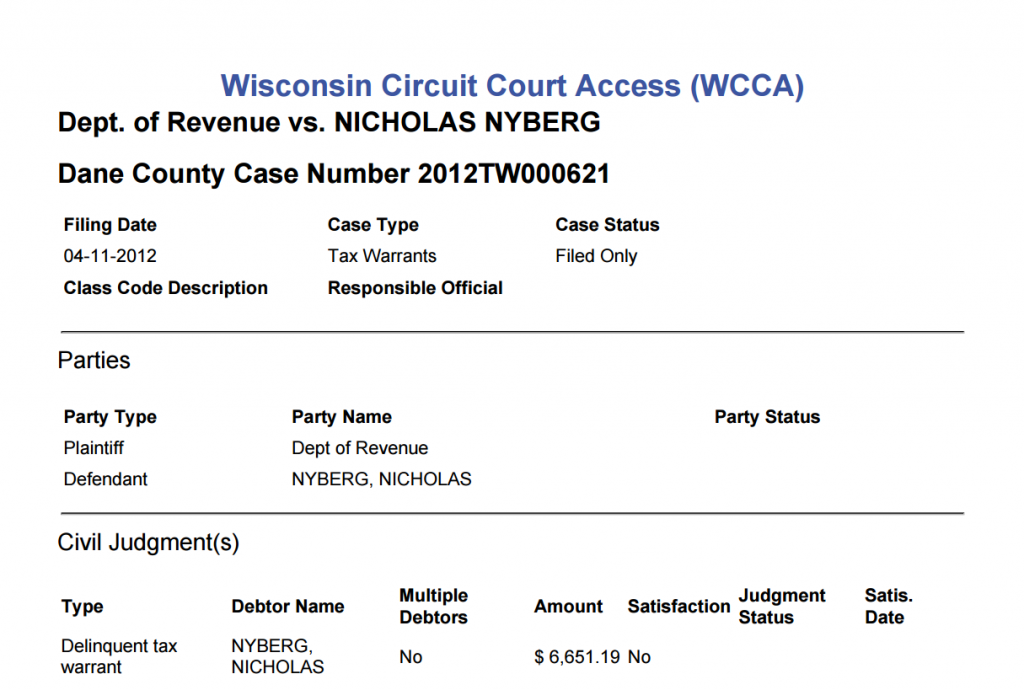 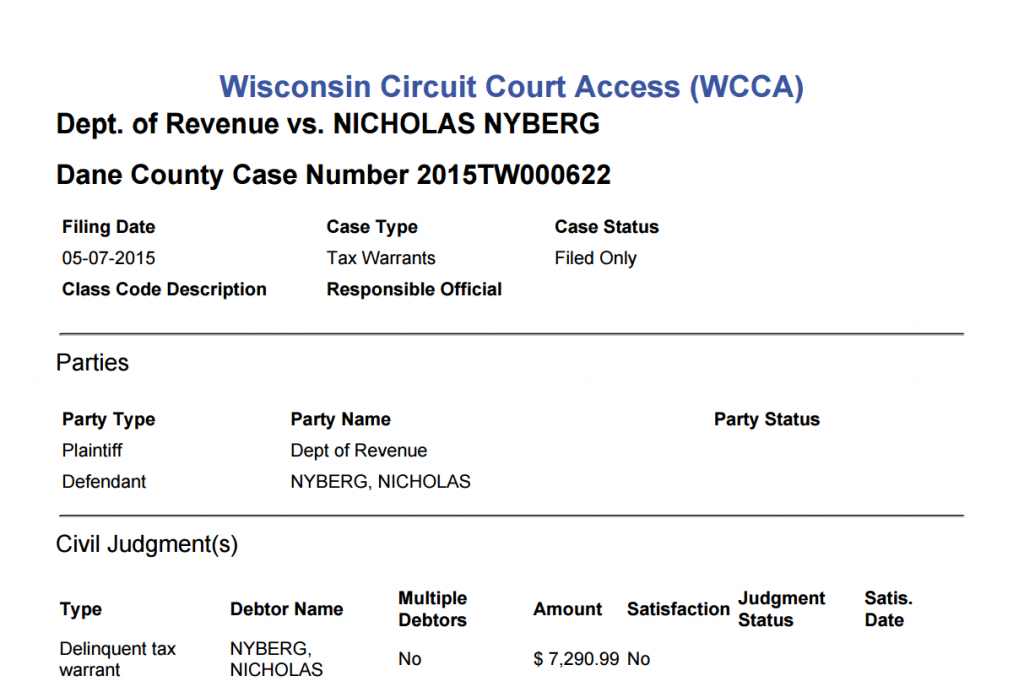 A fraudulent SJW? We’ve never seen that before! Lol, and another note: the name is listed as Nicholas Nyberg, because apparently Butts didn’t bother to actually get the name change done. Of course there’s no money for taxes, so I guess there’s no money for superfluous name changes, either. I want to thank @atlasnodded again for this short little item. I always enjoy razzing Nyberg, since that’s the scumbag who took down my site way back when. Yes, it was only for six hours or so, but you don’t forget heavy-handed censorship like that.

Also, keep in mind that these are state taxes. Nyberg is reportedly in the hole with the IRS as well:

Let me know what you think about our good friend Sarah Butts down below. I’m off to join a gym, which seemed pretty far off just a couple months ago. But fuck it, I want to outlive these SJW bastards, so I have to get to work. I’ll be back later with some thought’s on Rogue’s police contact, an editorial about Cheong and the work I do here, and another column after that. Thanks for reading, as always.

UPDATE: The pastebin didn’t work earlier, so I replaced it with a download link, for anyone who wants to see the source.