Teaming With Liquored Up Leigh Alexander is Bad for Business

One more news piece before I go get breakfast, and it concerns our old friend Leigh Alexander. Her former business partners are out with a column on their failure of a game, Sunset. In it, they call bullshit on all the advice they got from advisers like Leigh. They talk about an ad they ran on Rock, Paper, Shotgun being worthless. I wonder who’s bright idea it was to run ads on that SJW hellhole? Probably the Liquored Up one, if I had to guess. Let me show some of the statement to those who haven’t seen it yet.

They didn’t pull any punches: 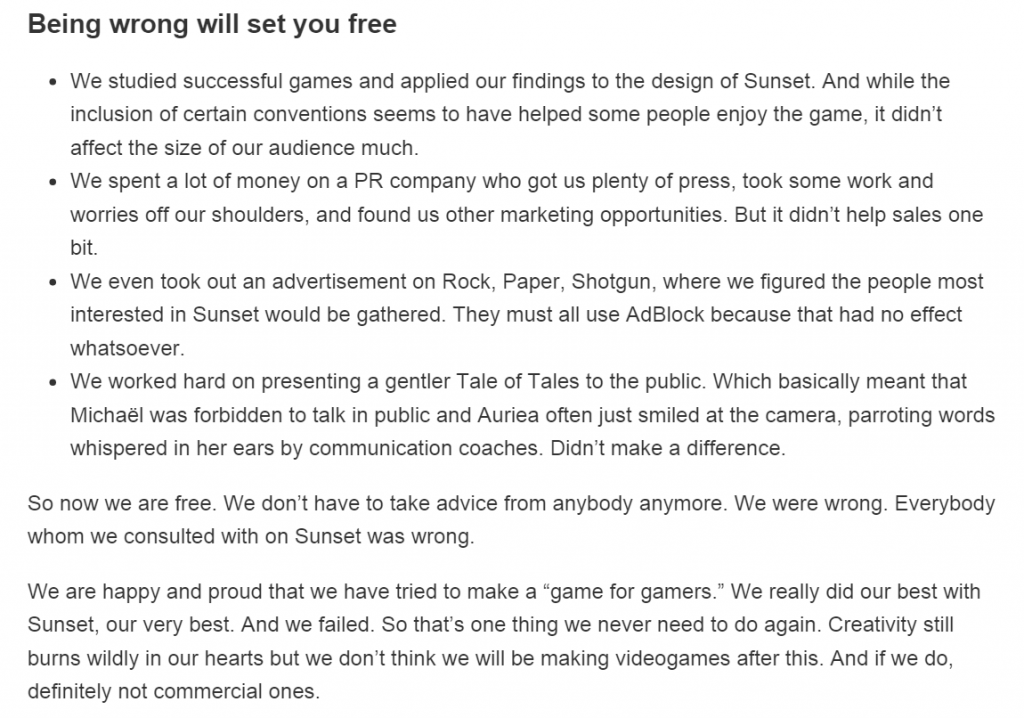 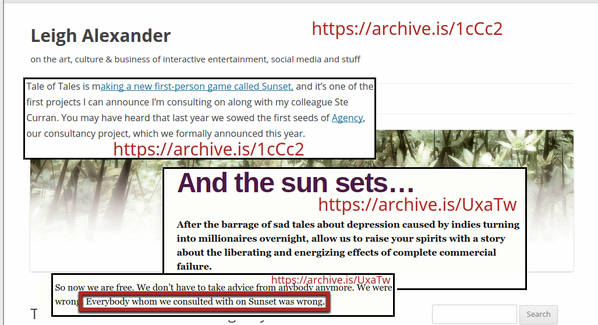 But don’t feel too bad for these pieces of shit. They had a message to gamers on their way out. No wonder they’ve gone belly-up:

Honestly I don't know why they got involved in video games if they hate the industry so much. #GamerGate pic.twitter.com/y4XJNoZqCw

This almost makes me feel sorry for Leigh…almost. Until I remember that this is exact the same type of shit she believes. No wonder she was working with these people. Apparently they’ve even more militant than she is…or just free to say all this shit publicly now that their company is fucked. I wonder where Leigh will turn to now, though? We know that the word is out about her abhorrent behavior and terrible track record. From our March 31st report:

There has never been a publication who has had to deal with her quitting so much as she was gently removed and asked to step down due to PR complications. A lot of my friends would come to me and let me know that it was being noted how people would leave the second they knew she was coming just to avoid drunken backlash. Her recent request for people to buy her online works to pay off her debt has been noted by some as a means to hold parties and gatherings and literally pay for better coverage of her name within the industry. There are a lot of rumors and coincidences behind Leigh’s behavior and truly the only reason I emailed was to let you know that she is seen as poison.

The only people that will hire her now are people who literally have nothing to lose.

How long will the crop of crooked industry connects and desperate hangers-on last?