Teridax Trolls the JonTron Subreddit, and the Results are Glorious

In all the years I’ve spent pissing people off online, I’ve noticed the best opportunities just fall in my lap, as opposed to me actually trying something. This proved itself last night when a friend on Twitter asked me out of the blue if I wanted to moderate the JonTron subreddit. I figured sure, why not, this could be fun. Shortly after, I was informed that my friend had actually hacked into JonTron’s reddit account using a leaked database and used his account to take over the subreddit. Either way, it was time for some fun, so I added a few friends and got to work. 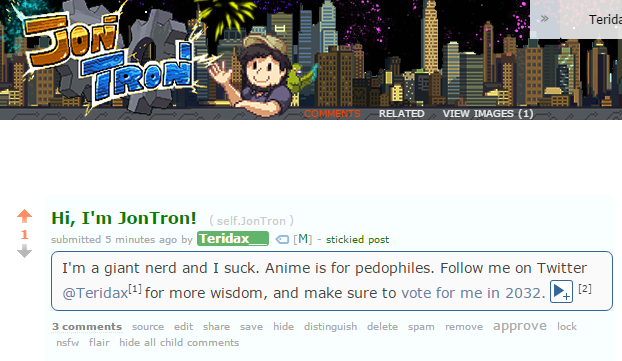 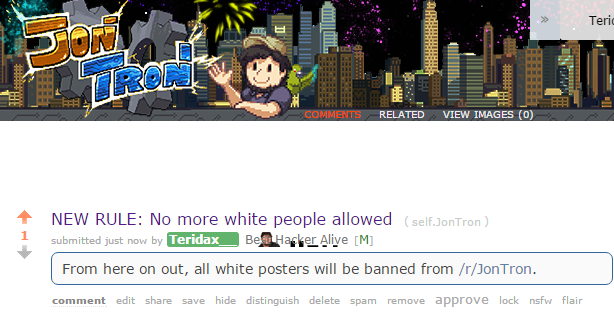 As you can see in the last one, I decided to use the opportunity to promote my upcoming presidential campaign.

Vote for me in 2032, y’all. Anyway, the users started noticing things were up, and they weren’t happy. 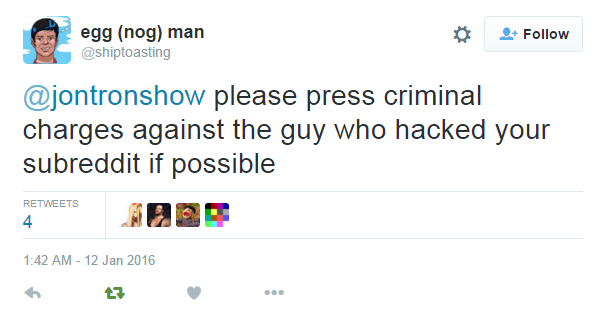 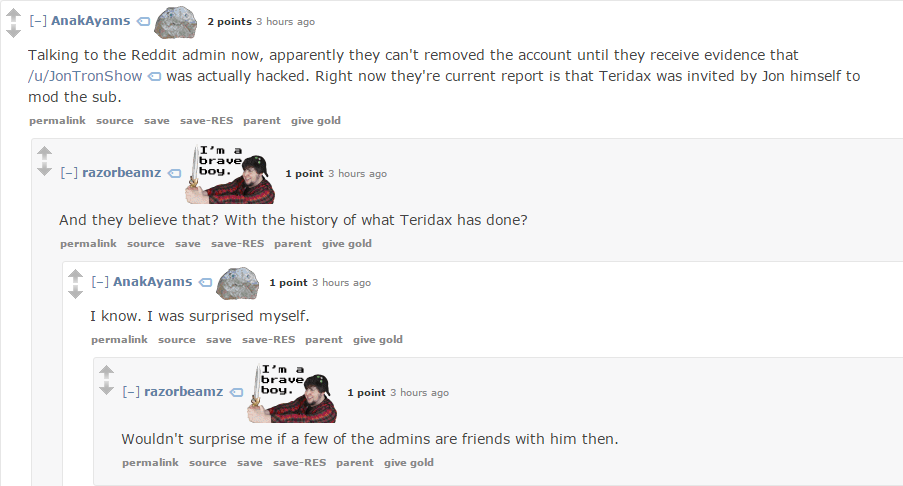 Yes, the reddit admins eventually caught wind of what was happening. Turns out, the only thing they really cared about was the Finlaydick logo. 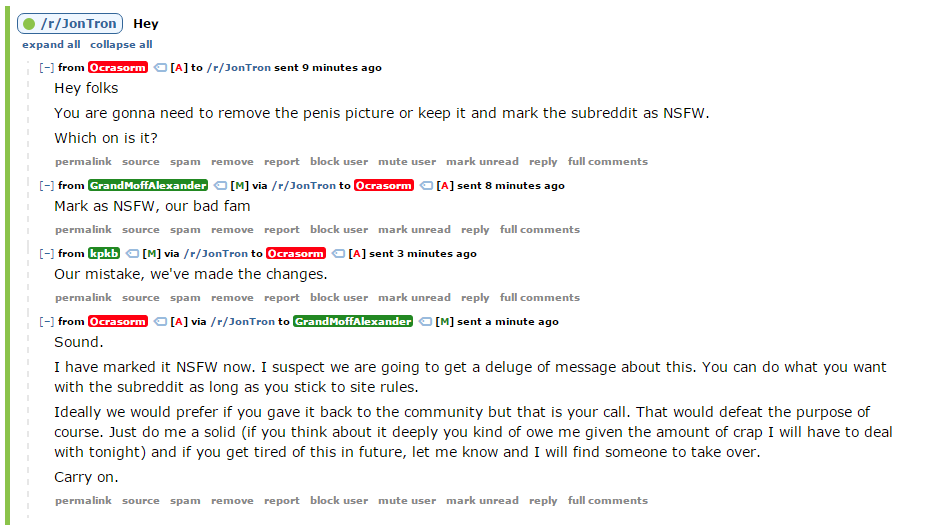 It wasn’t until two hours later that they removed all of us and put the original mods back in control. All in all it was a fun night, and I somehow escaped getting banned from reddit again.