Quick note from Twitter: The Fine Young Capitalists (TFYC) have released their highly anticipated game, Afterlife Empire. If you were around in the very early days of GamerGate, like many of us here were, then this game likely holds a special place in your heart. It was funded by anons and GamerGate supporters, and is how the Vivian James character came into existence. In fact, I’ve been told that Vivian’s “birthday” is tomorrow, so this makes the release even more appropriate. Here’s some details on the game, including how you can purchase it.

Right now, it’s 10% off, and only costs $4.49. I don’t think that’s going to be cost prohibitive, for most of us. But, if it is, then save your shekels up and buy it at a later date. Here’s the link. And here’s a screenshot from the Steam page: 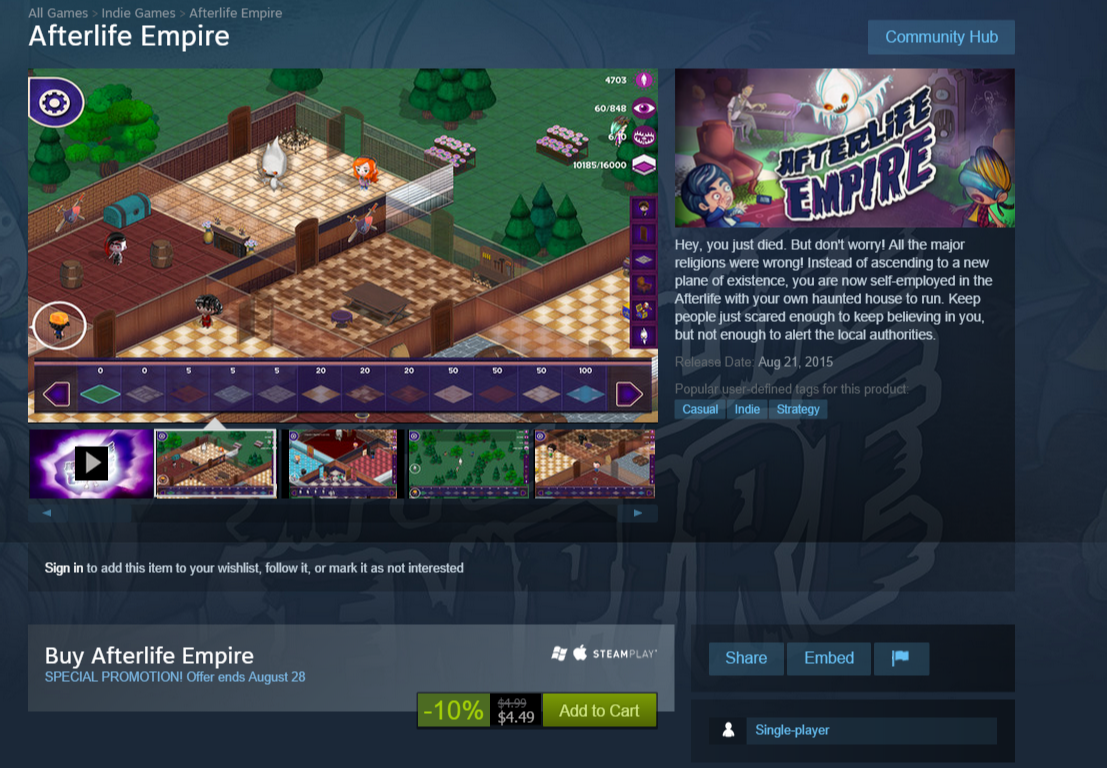 I’ll probably be picking it up this weekend myself, and if I do, I’ll give a few thoughts on it here. If any readers have already bought it, let me know what you think down below. I’ll be back with another post or two before the show.