I scoured the Internet for a worthy SJW-insanity story, but I couldn’t find one that was up to snuff. I’ll come back later this afternoon with something. The University of Memphis professor mentioned yesterday on these pages is no longer employed there, though. We do have that bit of news as a small follow up. But what I’m now going to talk about for a few paragraphs has nothing to do with radical feminists. It has everything to do with my love of gaming, though. It’s rare that I can keep these ideologues out of the discussion around here, but this would be one of those times (unless you count this intro lol).

Now, I don’t want to make this out like I was about to give up on gaming completely, because I wasn’t. But I went through some personal upheaval a few months ago. To be frank with you all, I’m still ironing out some kinks from all that. I will save the full tale on that for the book (which I hope to be officially announcing soon. I’m waiting on the cover). All you need to know for this story, is that it had be so dejected that I couldn’t even play games. I didn’t listen to music for a month. Watching anything was a gigantic hardship, because my mind would continually wander to negative thoughts and feelings.

I had made up my mind to sell the Playstation 4, Wii U, and New 3DS. They were reminders of the past and that money would come in handy. I didn’t feel like playing games anyway, much less AAA titles. I figured maybe someday I would get back into real-time strategies, or the select PC title here and there. But I had lost the gaming mojo I’d had since I was 4-years-old. The feeling of unbridled enthusiasm was gone. I never thought I would feel that way about one of my biggest passions. 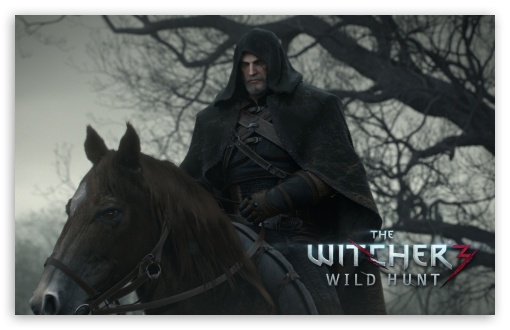 Then, I heard about The Witcher 3 coming out. I read a lot of reaction, watched some footage, etc. I loved what I saw, even though I had never played the series (I know, dumb). I got a copy and dived into the massive world. At first, it was slow-going. I still wasn’t really back into the mood, but I was fascinated by the world and the work the developers had put in. By the next week, I was fully immersed. I still had thoughts of selling the consoles, but I had started to reconsider. Why give up on one of my passions simply because circumstances had changed? Should I really let a bad episode in my personal life cause me to fall away from one of the few things that I could always count on to lift my spirits?

I decided that was a terrible way to think. You can’t change the past. No matter what I do, it won’t affect all that. It still happened, I still have to live with it. Life goes on. You can either sit back and let the negativity wreck your shit,  or you can step up to the plate and start putting in work. This isn’t to say I have everything figured out, because I don’t. I still struggle. But what I won’t do, is quit fighting. Those of you who’ve been reading the site for the better part of a year know that well.

So I thank you, Geralt. You help has been much appreciated in this summer of my discontent. The Witcher 3 is not only one of the best games I’ve ever played, it’s also one of the the most personally significant. I’ll always have a special place in my heart for this amazing game.