I’ve been fucking around on Twitter for the past couple hours. During that time, a curious story from The Daily Beast appeared in my feed. I say curious, when I guess the better term is fraudulent. This thing is so outrageously headlined that I don’t quite know what to say. They made it out like Ice-T was denouncing GamerGate, when the truth of the matter is that he all but endorsed our movement, while saying fuck the media in the strongest terms imaginable. This is exactly the sort of flagrant bullshit that set-off GG in the first place. On this anniversary of “Gamers are Dead” Day, the media is still assaulting us with lies and distortions. That’s cool, though, cause we’re just getting started.

Now, if you read the entire article, there is slightly more accuracy. They admit that he was talking a lot of trash about the media, etc. They still dishonestly spin things, in my opinion. But the headline is what’s completely outrageous. About 95% of GamerGate spent the entire day praising Ice-T, but The Daily Beast went with this tripe:

Compare that to how TechRaptor played things (hint: they told the truth): 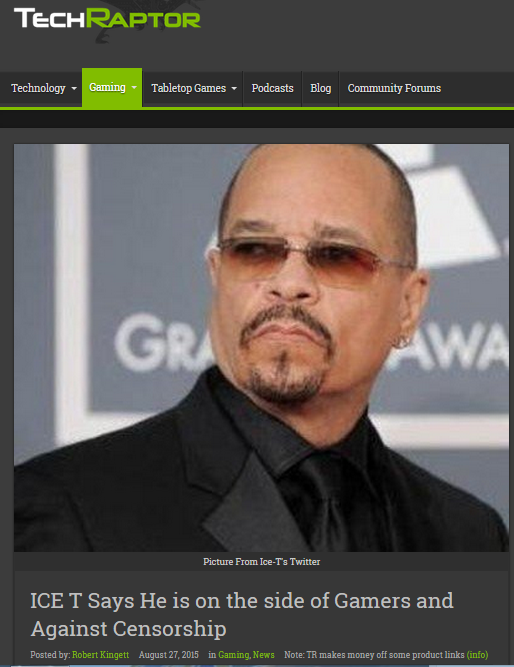 So, one tweet where Ice-T told a GamerGate person to eat a dick outweighs all the positive things he said about gaming? What about how he said the media was the enemy? I guess The Daily Beast figured they might as well hurry up and prove him right. Also, keep in mind that the GG community are the ones who blew up that tweet in the first place. I know I laughed my ass off and retweeted it immediately. It was in my recap from earlier today. Just who are these dishonest hacks trying to fool?

.@thedailybeast What the fuck is this shit? This biggest misrepresentation I've seen in awhile.

That part is simple. They count on conning the general public, or normies, if you will. Most people don’t follow all the craziness of Twitter. They probably don’t hang out on KotakuInAction and 8chan. In fact, new people are learning about GamerGate all the time. We see new supporters joining the fight constantly. I know that, personally, I meet new backers on a daily basis. The media is just trying to smear us and poison the well, like they’ve always done. Luckily, that’s yet to stop us. We’re one year in, and we still fuck up their narrative up on a consistent basis. Gamers are very, very far from dead.

Speaking of comments, The Daily Beast got rid of those altogether this month. Shameful… 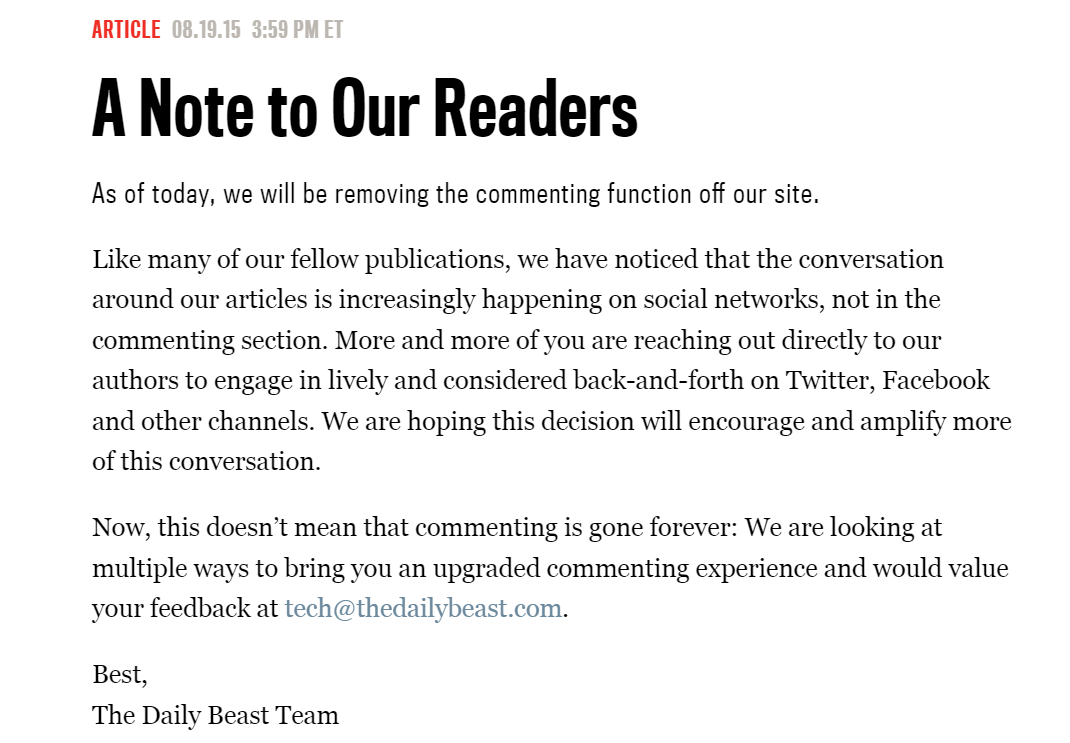