On my Twitter feed this morning, one news story is dominating, and it concerns the recent troubles at the University of Missouri. The president and chancellor have both resigned under pressure from supposed unresponsiveness to alleged incidents of racism on campus. I’m not writing about that, though. Anyone who knows me knows that I deplore racism and I don’t co-sign it, ever. Still, there’s ways to react and ways not to react. Non-violent sit-ins, protests, public pressure, speeches, media editorialization…all those things are acceptable. You know what isn’t kosher? Trying to bully the media away from protester sites, calling for “muscle” to remove an exceedingly polite photog, and using the university police force to act as speech monitors on campus. All these things are happening right now at Mizzou.

First, let me turn it over to the shitheads at CNN so they can explain things a little bit…

Just hours after the president of the University of Missouri system resigned on Monday, the chancellor of the university announced he also was stepping down amid a controversy over race.

African-American students at Missouri have complained of inaction on the part of school leaders in dealing with racism on the overwhelmingly white Columbia campus. Black student leaders have conveyed their displeasure over students openly using racial slurs and other incidents.

Now that we have the background to the entire conflagration, let’s take a look at what happened yesterday specifically. Jonathan Chait, an old-school liberal who I’ve talked about on these pages before, does an excellent job of summing it up…

The student protest at the University of Missouri began as a response to a serious problem — outbursts of vile racism on campus — and quickly devolved into an expression of a renewed left-wing hostility to freedom of expression. At the protest on Missouri’s campus yesterday, on a space that is expressly open to free expression, protesters barred journalists from covering the demonstrations. In one scene, protesters surrounded and harassed Tim Tai, a photographer with the student newspaper, chanting, “Hey, hey, ho, ho, journalists have got to go.” The scene is captured on a video here, which rewards close watching until the end, where Melissa Click, a professor of mass media working with the protest movement, calls out, “Help me get this reporter out of here. I need some muscle over here.”

Before I start the opinion part of this post in earnest, I thought it would be helpful to make things sort of like a guide, at first. So, here are the videos in question:

There are very few things that have enraged me as much this year as these videos have. I could literally feel the anger coursing through my veins. These are the same idiots who have run sane people away from Democratic politics. To be sure, many lefties don’t agree with this sort of behavior, as evidenced by Chait and others. But many of them are afraid to speak up for fear of being labeled a right-wing sympathizer, or worse, a racist/sexist/whatever-other-ist. It’s utter madness and the people who are staying silent are just as guilty as the young fascists in this video.

Also, there’s one person here who isn’t young, and that’s professor Melissa Click, the idiot rad fem who seems to have been organizing this whole shit show. The way she orders the students around like members of the Hitler Youth is legitimately disturbing. I guess we shouldn’t be surprised, given her ludicrous background. I’ve known many Melissa Click’s in my lifetime, and they are all dangerous idiots who like to bully people when it suits them, all the while crying harassment when they receive treatment that is miles milder. It’s way past time for respectable lefties to stand up against this nuttery. Chait states it better than I probably can…

That these activists have been able to prevail, even in the face of frequently harsh national publicity highlighting the blunt illiberalism of their methods, confirms that these incidents reflect something deeper than a series of one-off episodes. They are carrying out the ideals of a movement that regards the delegitimization of dissent as a first-order goal. People on the left need to stop evading the question of political correctness — by laughing it off as college goofs, or interrogating the motives of p.c. critics, or ignoring it — and make a decision on whether they agree with it.

By the way, this Click fool is even more far gone than you could ever imagine. Take a look at some of her “work.” 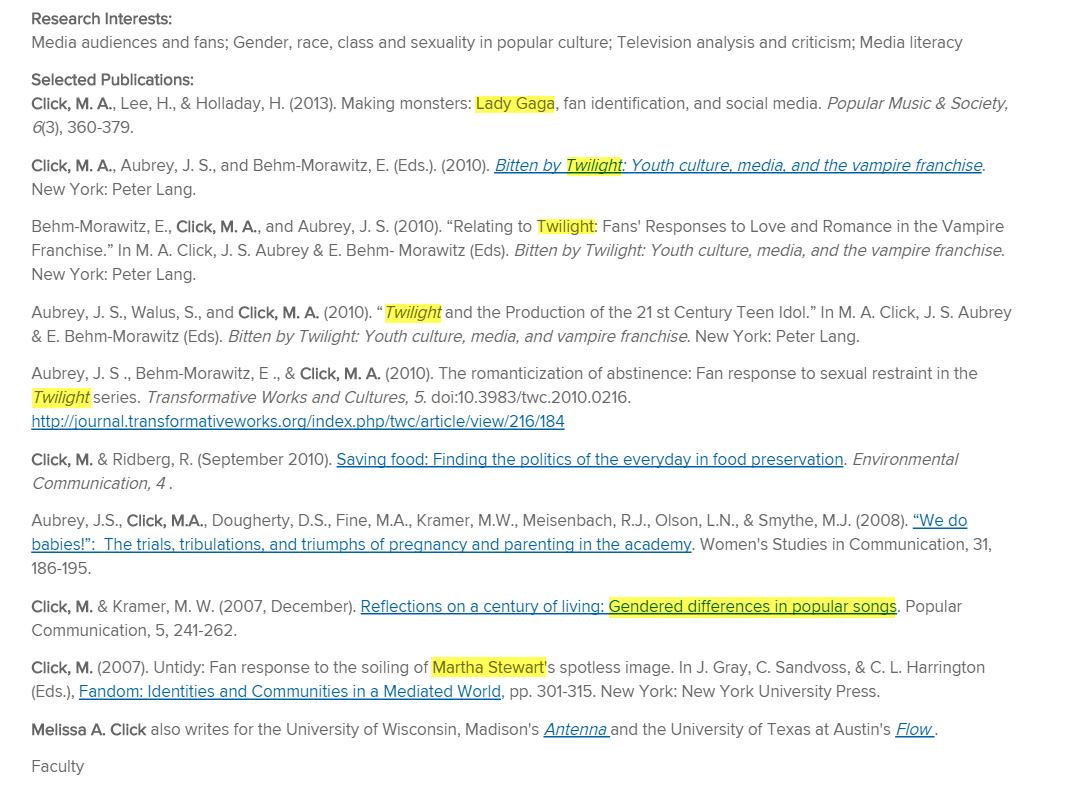 This loony fucker is a glorified Salon blogger. Hell, I would probably trust one of those randos to teach my kids over this bullying bitch. I have to tip my hat to Tim Tai, the photographer from the videos, as well as Mark Schierbecker, the guy who recorded those videos. My God, how easy would it have been to snap and take a swing at one of these punks? I know I would have likely lost my composure. Look at these smug fuckers. How could you not? Well, they didn’t lose it, and I admire their grace under fire. Still, seeing one of these wackos get laid out WorldStar-style would have been hilarious.

Oh, and let’s not forget, Ms. Click wasn’t the only one to disgrace herself and her university. The employee who got involved needs to go as well. Logically, they might not even be able to fire Click, depending on her status and the tenure setup there in Missouri. I know this loser can get axed, though.

The whole thing is just a complete travesty. Freedom of the press is a cherished right here in the United States, and I refuse to let hipster garbage fuck it up for the rest of us. If you want to protest, fine. If you want to sleep outside in some tent city, all well and good. But the moment you start to act like jackbooted thugs by curtailing press freedoms, your ass is done in my book. If the administrators at the University of Missouri don’t act on this, forcefully, then they should be fucking ashamed of themselves. End of story. I already wrote more on this than I had planned, so I’ll move on. Let me know what you think about this travesty down below. Also, give me some thoughts on Ms. Click in particular, if you can.