The Exceptional Detective is the Same Defective KingOfPol, The Guy Who Blames Me For Ruining His Life

The post from this morning has caused a shitstorm on Twitter, with the subject of said post trying to have me jailed because I wrote mean things about her on the World Wide Web. In case it wasn’t clear, I don’t know for a fact if she banged a bunch of white nationalists or not. I think she did, I think she’s lying to minimize her involvement with those types of people (perhaps she feels guilty), and there is nothing libelous about stating my thoughts on the subject in a humorous manner. I even put her denial in the story. The title was a quote from another Twitter user, which I thought was pretty clear. But I put QUOTE up there in big letters now so there’s no confusion.

Now, let’s get to the person who wound her up to travel down the path of threatening a lolsuit against yours truly: The Exceptional Detective, Bryan “KingOfPol” Dunn.

I’ve chronicled his insanity here on this site many times before. Basically, back in the day, this guy was a friend of mine. We did streams and collaborated in the early days of GamerGate. Then one day we had a falling out. Attempts were made by me to mend fences, but he always wanted to spin up garbage to use against yours truly and violate the agreements we made to just stop talking about each other. I had hoped that when I came home we could just go back to ignoring each other, but that’s simply not possible. I get tired of writing about this clown, but he’s spreading a particular bit of *actual libel* that I thought I should address, before I get to the laughs.

He’s claiming that I had former guest poster WildGoose contact @PettyBeeLover and ask her for an interview. I haven’t talked to Goose in a month outside of a random tweet he sent to me about Kingdom Come: Deliverance. He doesn’t write for the site anymore, and I actually took down all his posts back in October when the Seattle4Truth stuff went down. The things he sent to this woman, while very nasty, were also clearly trolling. Regardless of what you think of the content of those messages, however, I had nothing to do with them and I certainly didn’t ask him to get an interview for TheRalphRetort.com. He doesn’t write here and he definitely doesn’t take orders from me (and never has).

Now, to the funny bits. As I mentioned, Mr. Dunn went at me so many times that I eventually stopped trying to give him any sort of friendly benefit of the doubt. Sometime late 2015, he went totally off the rails and developed a hate hard-on for me. This is from September of that year. He mentions me wanting to fight him for charity, but like most things out of his mouth, this is a complete lie that he came up with so he could post cringe like this.

This spiraled into him putting up a bunch of lies about me on Kiwi Farms over the next year or so, basically trying to drum up some outrage over there. The only thing was, he did this with a fake account in his own thread. When I outed him as a catfish, who had been praising himself in the third person, he became even more outraged.

The thread dedicated to him on Kiwi Farms (the one he bumped himself with a catfish account) grew to over 100 pages long in my absence. I haven’t even read the whole thing as it’s way too long, but suffice it to say, he got demolished even further. I’m pretty sure he blames all this on me and not himself, the person he should blame. He seems to think life has been very unfair to him. While I did have to spend 8 months away from my wife, I came home to a happy marriage and a woman who loves and respects me. In contrast, during my time away, Bryan’s life completely fell apart. As it turns out, he had been lying to everyone about having his own wife.

And she let him know about it. Publicly.

Ouch. TheArmedToast is one of his nicknames, by the way. He went from KingOfPol, to Cucken Johnson, to The Armed Toast. Now, he calls himself The Exceptional Detective. You see, he had to create yet another cringy persona after getting destroyed so hard by his make believe wife. He’s gone so far as to switch to using a voice changer in his latest videos. I guess I would consider that as well if I’d gotten blown the fuck out this badly.

I’m quite certain he blames me for the deterioration of his “marriage.” I guess I may have had some small hand in it. I told her she could and should do better. I also talked to some guy who was allegedly cucking Mr. Dunn while he was still “married.” He asked me for advice. I said you don’t really need any help, man. Bryan is a sperg who’s already on thin ice with his “wife” if she’s involved with you behind his back. Just keep doing what you’re doing and you’ll be golden in no time. I don’t see either action to be out of bounds, given the absolute insanity Dumbass Dunn had displayed to me over multiple years.

Oh yea, I almost left out another favorite “exceptional” story about Bryan. When I first started streaming, his internet girlfriend was my co-host. Her name was Cindi, and you can hear her on some of my earliest streams. Her and Bryan had planned to meet-up one weekend and finally consummate their relationship. A couple days after she told me this, she called me on Skype, crying and completely distraught. I asked her what was up. She proceeded to tell me that Mr. Dunn had broken up with her just before this call and cancelled the room he had rented. I inquired as to the reason why when she told me this:

He called me about 45 times this afternoon while I was in class for 3 hours. When I didn’t answer, he flew into a rage, cancelled the trip, and broke up with me the next time I picked up the phone. When I told him I had been in class, he called me a liar until I finally got him to remember the fact that I had told him I had school that day. By then, it was too late to get the reservations back.

The never ended up meeting, ladies and gentlemen. I legitimately married my “internet girlfriend” and we’re extremely happy together. So goes the life of Bryan “The Exceptional Detective” Dunn. He spends so much time exhibiting autism on the internet that he can’t focus on the relationships that really mean the most in life. That’s why he’s a prime candidate to end up bitter and alone in his old age. 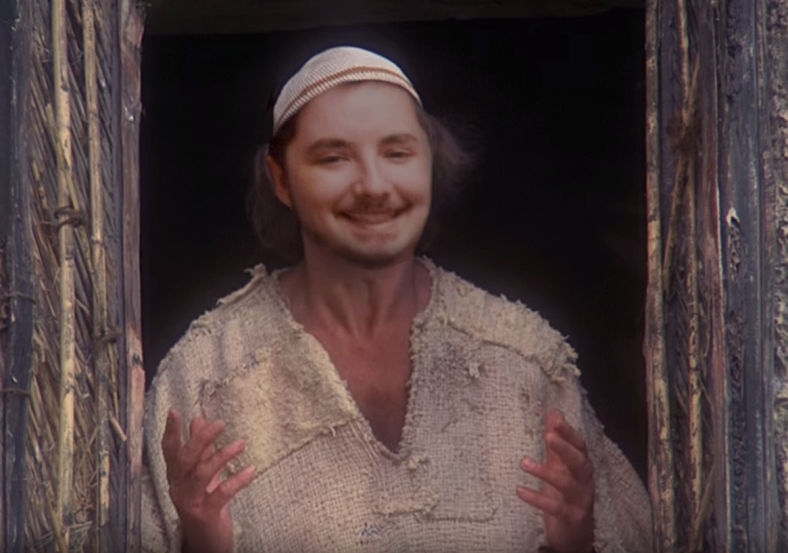 I’m quite certain he will trace that result back to yours truly…and it makes me smile. Stay mad, Bryan.