The Force Awakens is a Great Movie. Who Cares About Politics?

I was going to do a regular RalphReview of The Force Awakens, but with all the various warring factions picking apart the politics of the filmmakers and the “hidden messages” in the film, I figured it was time for me to switch it up and give my take on all that in a less formal way. I will still give a star rating at the end, but this isn’t a traditional review. I guess the point of the article is to say one thing: shut up and enjoy the movie.

I can understand plot critiques, and even in some of the politically minded reviews of the film, those are included. There’s nothing unfair about all that. But when it comes down to going after something because of the beliefs of the director or screenwriters (in this case both), I don’t support it. Of course it would be easier to come here and rant about the movie having a black lead, or tell you that the female Jedi protagonist makes me sick, but that’s not how the film made me feel. I loved the entire thing and I felt like it channeled the first trilogy in so many brilliant ways.

Some people are going to say that it was a rehash of the old film, like David Garrett over at Return of Kings…

Finn just happens to be an ex-sanitation worked at Starkiller Base, in a galaxy where the First Order forces are now so numerous and powerful that the New Republic has to use the Resistance as a weak proxy to fight it. So he knows where to find the oscillator, which will destabilize and then obliterate the planet if destroyed. Makes perfect sense!

Both in its size and complexity, Starkiller Base makes the two Death Stars look like plasticine renderings. Yet there is no fleet to protect it? And a paucity of very ineffective turbolaser batteries and TIE fighter squadrons? A Resistance member at their headquarters light years away mentions them losing half their X-wings during the battle, as if that was so hard when they launched about, um, three and a half of them.

The amazingly overblown female character Captain Phasma is held at gunpoint and forced to lower Starkiller Base’s shields. These shields can be lowered so easily and without the immediate knowledge of General Hux or someone else? Oh, please, spare me.

Han Solo exits hyperspace no more than a few hundred metres from the surface of the Starkiller planet. And he announces it with “Now!” Hooray! Base infiltrated with common sense!

Finn is likable but nevertheless a glorified white knight. Trained from just after birth to be a fighting machine, he does nothing relative to Rey and devotes the whole film to trying to protect her.

Indeed, some of these plot points are contrived, especially Finn just happening to be an ex-sanitation guy. The shields critique is fair as well, but the white knight thing? Finn is clearly in love with Rey straight away, so it would make sense that he wants to protect her any way he can. I don’t think that’s a very controversial take on storytelling. A man wanting to protect the woman he loves is one of the oldest plot lines in the history of cinema. Also, it’s not very feminist. The only difference here is that Rey doesn’t need much protecting, because she’s a badass. If that makes the whole movie enter SJW territory for you, then I don’t know what to say other than I disagree.

Mr. Garrett also has some beef with the Rey character in general, which he details earlier in the review. I would have to agree that The Force powers come easy to her (perhaps too easy), and she does seem to be a mechanical wiz when aboard the Millennium Falcon. Still, I think the mechanical part can be explained with all the hard work she had to do in order to just survive on Jakku. In other words, it’s shown that she’s very skilled even before coming into her Force powers. She’s kicking ass right from the start, in fact. Also, at the end of the day, The Force can make up for an awfully lot. It’s implied that she’s Luke Skywalker’s daughter (or possibly Han & Leia’s), so it’s not insane to think that she would be supremely adept at using said Force. I realize that it took Luke much longer to gain this type of prowess, but to me it’s not a gamebreaker. Others may disagree, but I actually really enjoyed the Rey character and the actress who played her, Daisy Ridley.

I don't judge works of art by the political convictions of creators. Is it quality? That's my only concern.

Maybe all this has to do with the fact that I was looking to have fun and enjoy this film going in. Yes, it channels a lot of plot points and jokes from A New Hope. However, I don’t think that’s a bad thing at all. Many people were looking for exactly that. It also has a female lead in Rey, but so what? Am I meant to say fuck this movie because it has a strong female character? To me, that’s slipping into bullshit levels of thinking. I can understand disliking it because you didn’t find it logical, and to be fair, Garrett lays out his reasoning on that end. But if you didn’t like this movie simply because J.J. Abrams is a huge liberal/SJW or because there’s also a black guy in a feature role, you’re being an idiot, in my opinion. The same thing happened with Mad Max. If you read my site, you know I think it was one of the best movies of the year, regardless of any kind of signalling that may or may not be present. 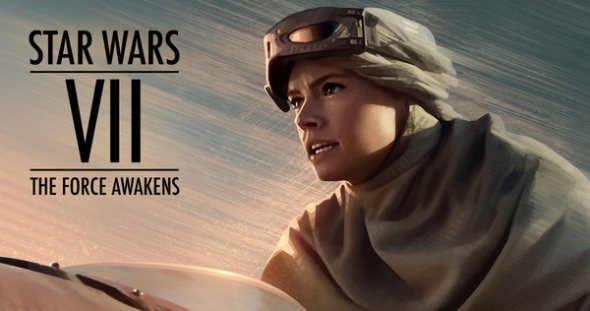 I like that The Force Awakens channeled more of the “realism” that was present in the first trilogy. The lightsaber battles were more grounded and much less prominent than in the subsequent prequel trilogy. There’s an old saying that when you use something less it becomes more important when it does finally happen. Wrestling fans know this is true when it comes to blading and the same holds true for the lightsaber fights. I also felt like they worked in the legacy characters in some brilliant ways. Of course they have the luxury of drawing on the audience’s massive affinity for said characters, so that makes it easier, but I still thought it was very well done. The cinematography and score were also of the highest quality. If I wanted to sit here and pick apart certain plot points we could find some problems with the film. I understand those who do want to do that, but that’s not me and never has been when we’re talking about this kind of outing. It’s Star Wars, not some great complexity that hinges on details like that. That’s just my take.

To put it quite simply, I don’t give one single fuck about the politics of the people behind a film. I only care about one thing: was it entertaining? Star Wars: The Force Awakens fulfilled that criteria in a big way, for me at least. I don’t doubt the sincerity of critics like David Garrett and Roosh. I’m sure they really do have problems with it. I don’t, though, and I won’t pretend otherwise. To me, it was one of the best movies of the year and I would heartily recommend it to anyone…especially those who love the Star Wars franchise.