The Guardian’s Nightmare: GamerGate in Control of Mars (?!)

I’ve been watching Arrow tonight and being lazy, but I had to write a little something about The Guardian’s freak-out from earlier. Somehow, they had an idea to write a column about what a possible Mars colony should look like. Yes, it must have been a slow news day whenever this knobhead thought of that one.
But the funny part about it was, at the very end, this shithead throws in a dig at GamerGate. It seems like Mr. Robbins has actually thought long and hard about our supporters possibly controlling a future Mars settlement. This is quite bizarre, needless to say. 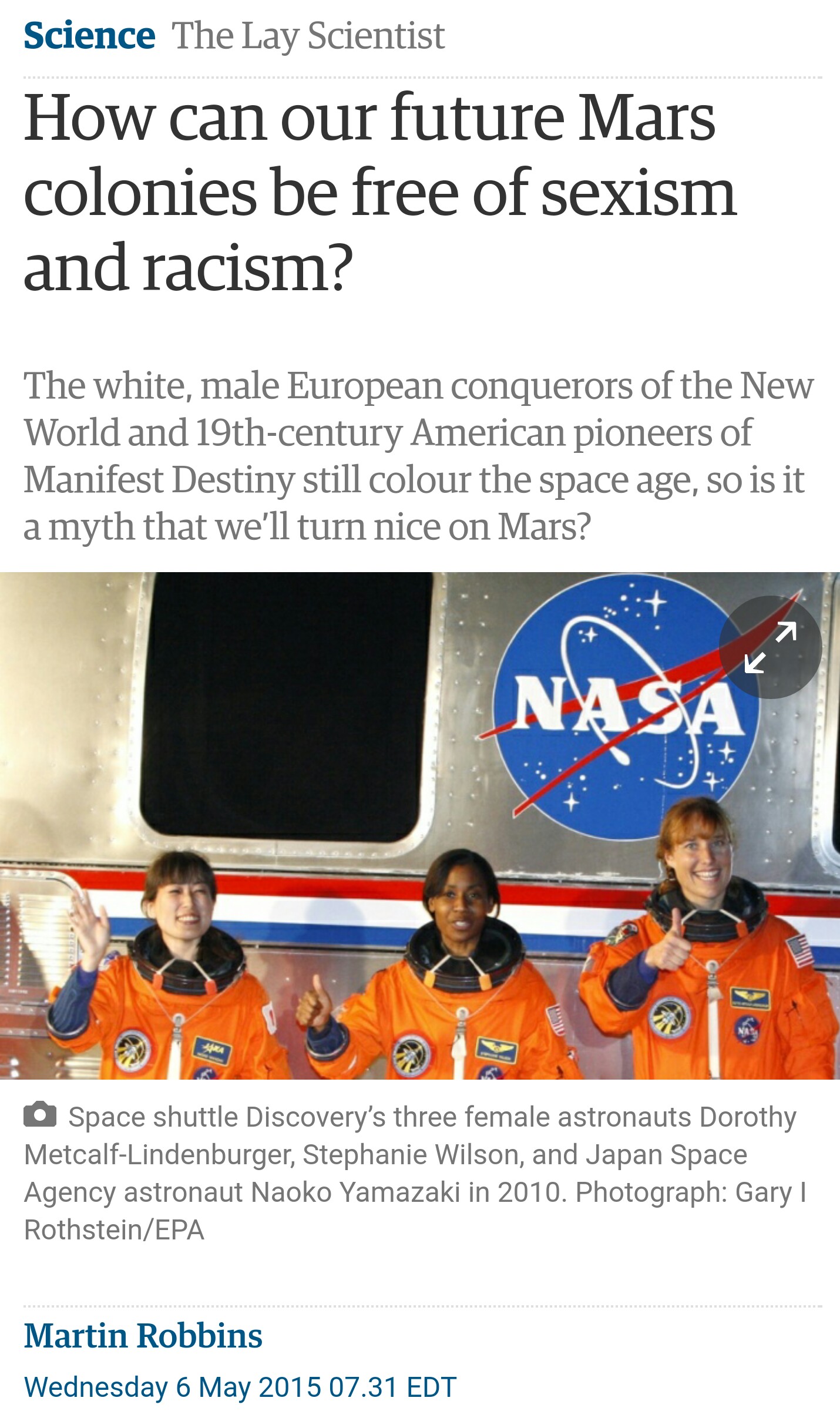 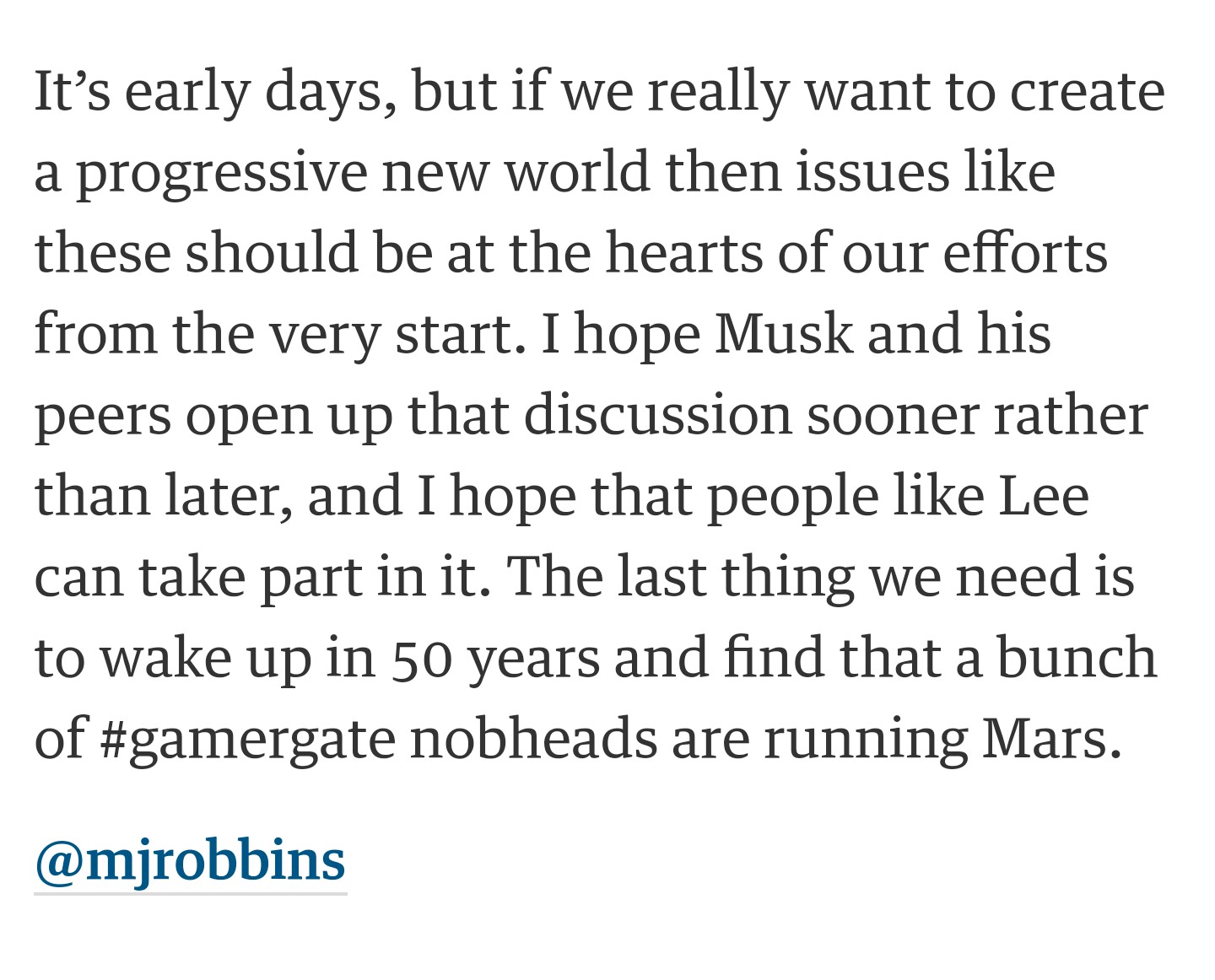 The really disturbing part of it is this guy’s plan to enforce his views on the rest of us from the start. That’s pretty much what he’s saying. Robbins thinks that if we put the fix in early, then no one will be able to offer any resistance to his preferred agenda. It really makes no difference what that agenda is, that’s just not the right attitude about setting up a new base for humanity.

But it’s the style our critics on the other side love to adopt, all the while screaming tolerance. Sure, they’re very tolerant…if you agree with them, or keep your mouth shut about their hypocrisy. If you feel like speaking your mind, you’ll find that tolerance doesn’t go very far at all. And seriously, Mars? How deep into these people’s heads are we? On second thought, don’t answer that question.

I’ll be back here in a bit with another story or two.