On the 28th December 2015 the world grew a lot quieter, less interesting and colourful, and a whole lot more PC. Legendary rocker and unrepentant, unreformed and unapologetic alpha male Lemmy Kilmister died at the age of 70.

Unlike so many of his friends and fellow rockers it wasn’t the drugs that killed Lemmy, although he had in his time snorted and smoked more than most anyone else. Unlike fellow Motorhead powerhouse Phil “Philthy Animal” Taylor who died earlier in 2015 it wasn’t the drink that killed him either, despite Lemmy having drunk like a fish for most of his life. No, in the end it was the Big C that caught up with him. But even still Lemmy went out his own way, laughing in the face of the Reaper. Only a couple of days after his 70th birthday, and finding out on Boxing Day he had cancer, he passed away on his own terms.

Lemmy lived hard and fast for most of his adult life, always refusing to compromise, and never taking his foot off the gas pedal. While his wheezy septuagenarian fellows like Rod Stewart and the Rolling Stones occasionally dragged their bony assess out of retirement to gig once every few years between bouts of treatments at Swiss private medical facilities, Lemmy and Motorhead never stopped gigging with Lemmy having just returned from the latest Motorhead tour when he found out about the cancer. When not on tour Lemmy could be found hanging out at the Rainbow in LA, still living the rock god lifestyle, unrepentant till the end.

Lemmy was more than the beating heart and gravel roar of Motorhead. He was Motorhead 100% through and through. A growling, pounding, ear splitting donkey punch to the adrenaline glands with zero fucks given for any sort of political correctness. When challenged by one brain dead journalist about his wearing Iron Crosses on his leathers and having a renowned collection of Nazi militaria he sneered and pointed out that if his black girlfriend had no problem with his collection then nobody else had the right to either. That journalist, like many others, learned the hard way that if you asked Lemmy for an opinion he would give you one, no holds barred, no fucks given whether you liked him and it or not. For Lemmy ‘Regret’ was just a word in a dictionary.

For generations of rockers Lemmy was an inspiration and a guiding light in the murk of modern life. Whether, like me, you were down in the crowd of sweaty leather clad fans having your hearing destroyed and brain pounded into submission by the metal tsunami that was Motorhead, or a fellow musician Like Dave Grohl, who was inspired or mentored by the man himself, Lemmy was always there for you, neck craned back growling his sermon of Born To Loose, Live To Win. I met him once, outside the back of the Manchester Apollo after a gig, and got to shake the hand of God. Lemmy grinned, winked, signed my gig program and growled “Did you like that?” I went home deaf as a post and on cloud nine.

But beneath the gruff and growl there was also the warrior poet and philosopher who despaired at some aspects of modern life. Lemmy once bemoaned the fact that kids were no longer reading books, and encouraged them to read and use their imaginations rather than relying on Hollywood to turn literature into easily digestible bubblegum. As well as an Iron Fist he had a Heart of Gold, once sponsoring a kids football team, buying them Motorhead football strips. 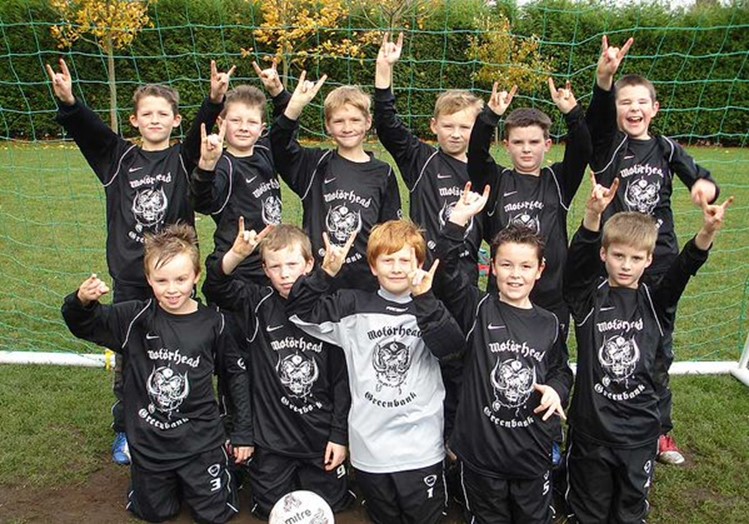 When it came to gaming Lemmy was there as well. A long term player of any slot machine in sight he was known to dabble with video games, and appears in a fair few either as himself or as the voice of a character. Although he never seems to have been quoted on GamerGate, I’m pretty sure given his complete disrespect for political correctness and love of honesty he would have stood with us in the trenches. After all, he had little time for Twitterati and Tumbrinas:

“This entire generation seems to have become pussies, you know? Nobody seems to enjoy themselves much anymore. They are all knocking each other down for enjoying themselves.”

I guess in the end the greatest tribute that can be given to Lemmy was that by his fellow musicians and rock giants, many of whom mourned his passing and a world without him in it. Whether it was Ozzy, Metallica, Anthrax, Kiss, Queen or any number of other music industry titans, when the gods bow their heads you know a true legend has died.

To that I can only add my own small tribute: Lemmy, for all the filth and the fury, the fun and the White Line Fever I thank you. Shake the pillars of heaven my friend. No Pity, No Surrender.