Good lord, I am really fucking sick today. I can’t tell if it’s the flu or strep throat, but either was it’s left me lying low. I guess it’s a good thing that my job involves typing out shit on a keyboard rather than something truly physical, then. I knew this gig would come in handy one day. There’s another way it comes in handy as well. The media has already trashed me and tried to tarnish my reputation. So, I don’t have to worry about that sort of thing. Ken Bone is now experiencing the same…on a whole different level.

Bone is the fat dude in the red sweater who asked the candidates a question about balancing energy needs with environmental concerns. Ever since then, he’s become a media sensation. But, as much as the media likes to build people up, they enjoy tearing them down even more. That’s what they’ve been doing to Bone ever since his old Reddit posting history came out. Gizmodo, which seems to have completely taken over the old Gawker beat, leads the way with screenshots like these: 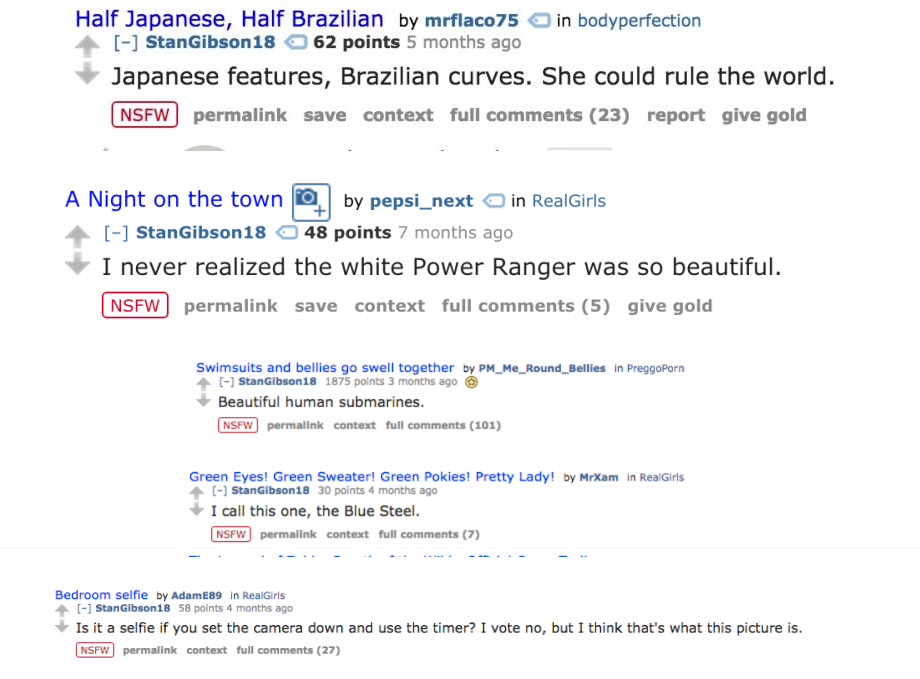 Uh oh! He said something about Trayvon Martin be justifiably killed. The media will not stop now until every negative thing about this man’s life is exposed. Like the fact that he enjoyed viewing Jennifer Lawrence’s leaked photos during The Fappening. Guess what? I enjoyed it too.

Trump can hate all he wants, but the press performs many vital functions, like publicly humiliating everyday citizens for no reason at all: pic.twitter.com/4eEgOLKkM7

If I was Ken Bone, I would just own it all and move on. Or perhaps he could just go on ignoring it, like he’s done so far. No matter which route he chooses, the media will continue to seek and destroy. That’s the sad part. So just tell them to go fuck themselves and move on.