But, you don’t have to dig too deep to find skeletons in Mr. Cheong’s closet. There right there in your face. He used to be a powerful Reddit mod, who had a tendency to share his own shit and get thousands of hits off it. That, in and of itself, isn’t terrible. I’ve posted my own content to Reddit. But he took it a step further, and sold his influence to outside companies, according to published reports. Doing it for free wasn’t good enough for IMC.  As a mod, not only did he skirt the rules with his own stuff, he also allegedly took payola in exchange for pimping other content. He got away with this sweet little setup for quite awhile. Eventually, fellow Redditors busted him.

So, we have a morally compromised individual, who looks like he would sell out his own grandmother for a quick buck. That’s not that notable, to be honest. Devin Faraci and Tyler Malka have proven that. But not only is Cheong a money grubbing hypocrite, he’s also a former Nazi Party sympathizer.  No, I’m not making that up. Take this quote, for instance:

Hitler is my fucking idol

There’s not much ambiguity there, is it? Ok, maybe that one wasn’t enough to do it for you. How about these (along with a helpful pic)? 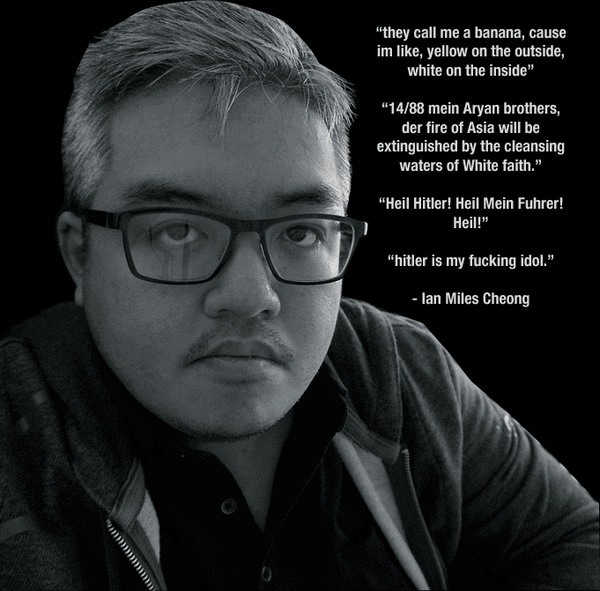 On Twitter, Cheong saw that I was about to unload on him. He accused me of digging through someone’s past, in an effort to paint them negatively. First off, you can dig through my past all you’d like. You won’t find any odes to the magnificence of Adolf Hitler. But, instead of being a man, and owning up to his Nazi past, he instead tried to slam our tireless advocate, Milo Yiannopoulos. The SJW mindset makes it impossible to own up to any mistakes. The natural tendency for them is to just blame others for their failings, or to say they were doing it “for the greater good.” Like a user said on Twitter: Does this man have any dignity left?

My very short answer, would be no. He’s behaved in a disgraceful manner during GamerGate. Cheong has told us to go fuck ourselves, repeatedly called us pissbabies, or worse, and has displayed absolutely no remorse. Tonight, when he knew the fire was about to come, rather that be a man, he’s again proven himself to be a coward. Passing around bullshit articles about Milo earlier tonight tells you all you need to know about this scumbag. Ian has the nerve to call us out, but refuses to check Leigh, Devin, Tyler, Zoe, or himself. He’s an unrepentant, Hitler-loving, crook. Ian Miles Cheong is yet another SJW who fails the test, when put to real scrutiny. Will they ever be called out by their own side?

I wouldn’t hold your breath waiting. 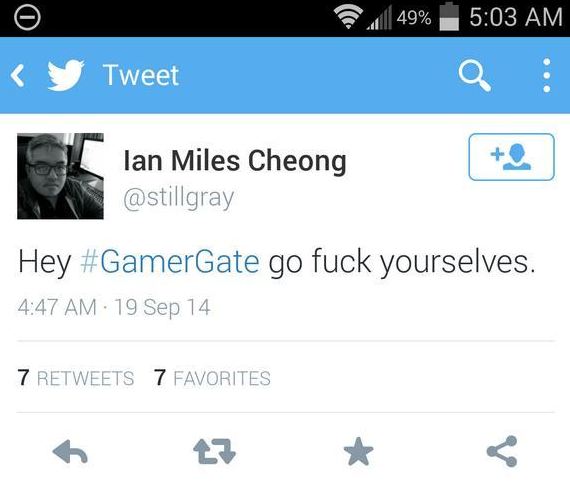